The government rakes in a lot of money for special permits, though killing the birds is officially banned in Pakistan. 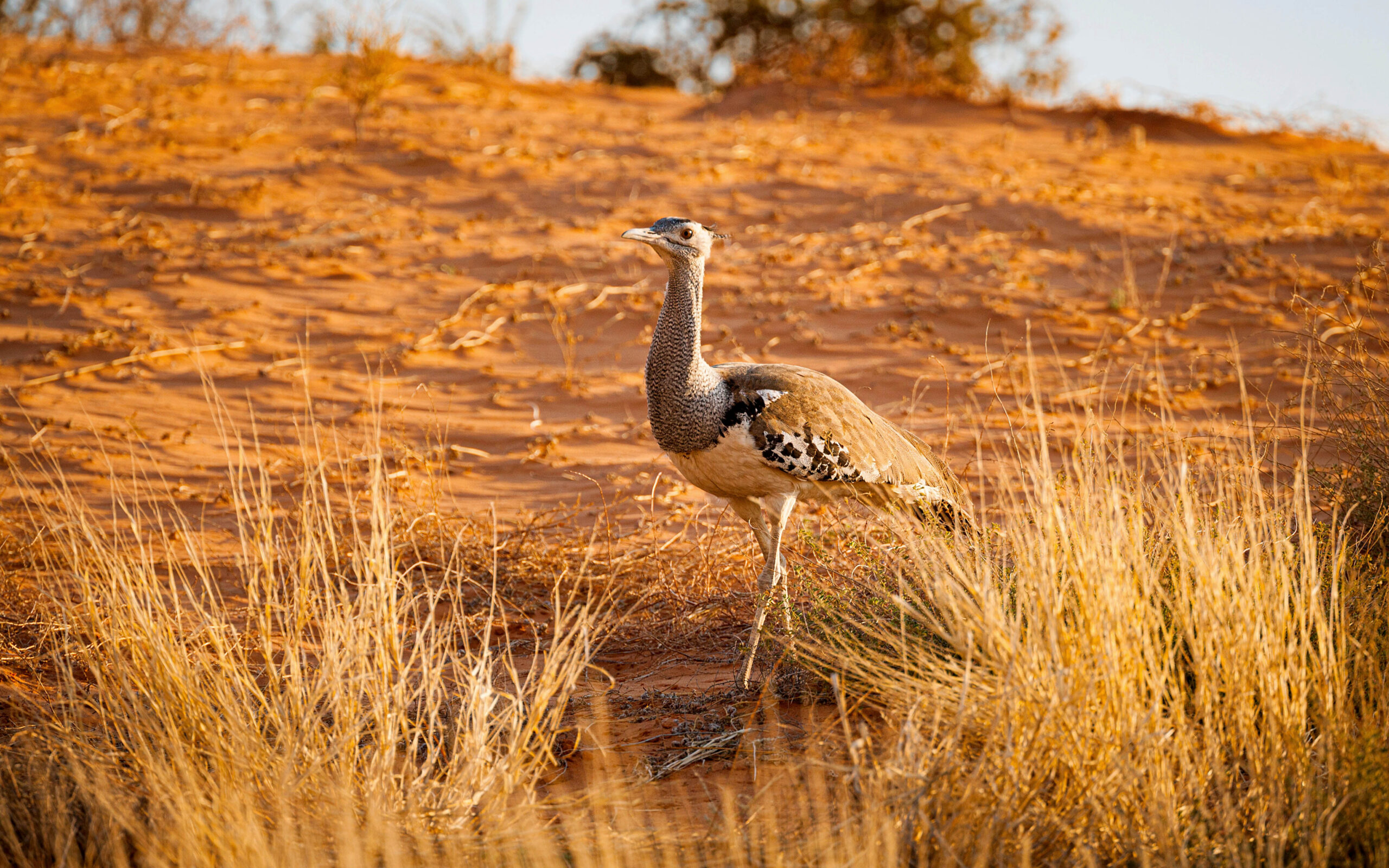 Houbara Bustards are a species of large migratory birds found in parts of Asia, Middle East and Africa. (Chris Stenger/Unsplash)

LAHORE — Arab royals have arrived in Pakistan to hunt the houbara bustard after the government granted them special license to kill the bird, which is classified as “vulnerable” by the International Union for Conservation of Nature.

Eleven royal family members from the United Arab Emirates along with staff are hunting in the Chagai district of Balochistan.

The king of Bahrain, Hamad bin Isa bin Salman Al-Khalifa, and six members of the royal family are hunting in areas of Sindh. The emir of Qatar, Sheikh Tamim bin Hamad Al-Thani, and 14 members of his family also have the permit to hunt.

While Pakistanis are not allowed to hunt the birds, wealthy dignitaries finance development projects in hunting areas, resulting in different rules for foreigners.

Pakistan’s Supreme Court in 2016 lifted the ban on hunting houbara bustards, which are at high risk of extinction. The government had asked the court to review the ban, saying it harmed relations with Arab states. Though shooting the birds is banned in Pakistan, the government takes in large amounts of money for special permits it issues.

Imran Khan condemned hunting houbara bustard in 2016, but after assuming office as prime minister in 2018, he has not stopped the hunting permits.

“Houbara bustards have become an unfortunate tool for so-called diplomacy with our Arab allies where again we are using animals and their lives to play politics,” said Muhammad bin Naveed, an animal rights activist and member of Friends of Islamabad Zoo.

“No government in the past or now has stood up to the wanton killing of houbara bustards by Arab royal families simply because they pay a lot to be here and contribute to the local economy. I think we, as a nation, and our Arab allies need to think if such activities have any place in the 21st century and why we are using animals to propagate outdated traditions that are not even a part of our culture.”

Overhunting and poaching in Pakistan pose a major threat to the species.

“There has been a gradual decline in houbara bustard wintering population over the past few decades,” said Rab Nawaz, senior director biodiversity at World Wildlife Fund (WWF), Pakistan.

“We are not sure of the exact figures, but current figures put the wintering population in Pakistan at several thousand. However, some populations might have not been discovered in Pakistan and neighboring countries. The global population was estimated to be between 78,960 and 97,000 in 2014,” he said.

“It cannot be ascertained whether sustainable hunting is viable anymore,” Nawaz said. He said that there have been only three years of surveys conducted on the houbara bustard population in Punjab.

The WWF was an active part of the Houbara Bustard Commission formed by the Lahore High Court in 2017 to determine the status of the species and assist in conducting winter surveys.

The commission, headed by Pervez Hassan, said that it couldn’t decisively conclude that hunting of bustards in Punjab was “sustainable anymore.”  The commission instructed the Ministry of Foreign Affairs to consult the Ministry of Climate Change before issuing hunting permits to Arab royals and ensure compliance with the Pakistan Trade Control of Wild Fauna and Flora Act, which aims to ensure there is no illegal trade of wild animals and plants if it puts their survival in jeopardy.

The Houbara Bustard Commission also asked for a ban on hunting permits until the next survey was completed. So far, that survey hasn’t been carried out. The Lahore High Court in 2018, banned hunting houbara bustard until a final survey of the hunting areas was completed by the commission.

“The WWF has been advocating the protection of this species for many years. Though we have not been able to stop the hunting, the fact that the Houbara Bustard Commission was set up by the highest court in the Punjab Province is a testament to our campaign to bring this conservation issue to the limelight,” said Nawaz.

The small to mid-sized omnivorous sand-colored bustard is about 26 inches long and has a wingspan of approximately 55 inches. In winter, the Asian populations migrate mainly to Pakistan’s deserts because it provides them camouflage. Houbara bustards are predominantly found in the wintering grounds of the Cholistan and Thal desert regions, Rajanpur-Rojhan in Punjab, and some arid- to semi-arid areas of Sindh, Khyber Pakhtunkhwa, and Balochistan.

Some reports say that Arab royals hunt houbara bustards because they believe the bird meat is an aphrodisiac. Nawaz said there is no evidence that the meat has aphrodisiac properties.