World Bank Lending to India More than Doubles in 3 Years 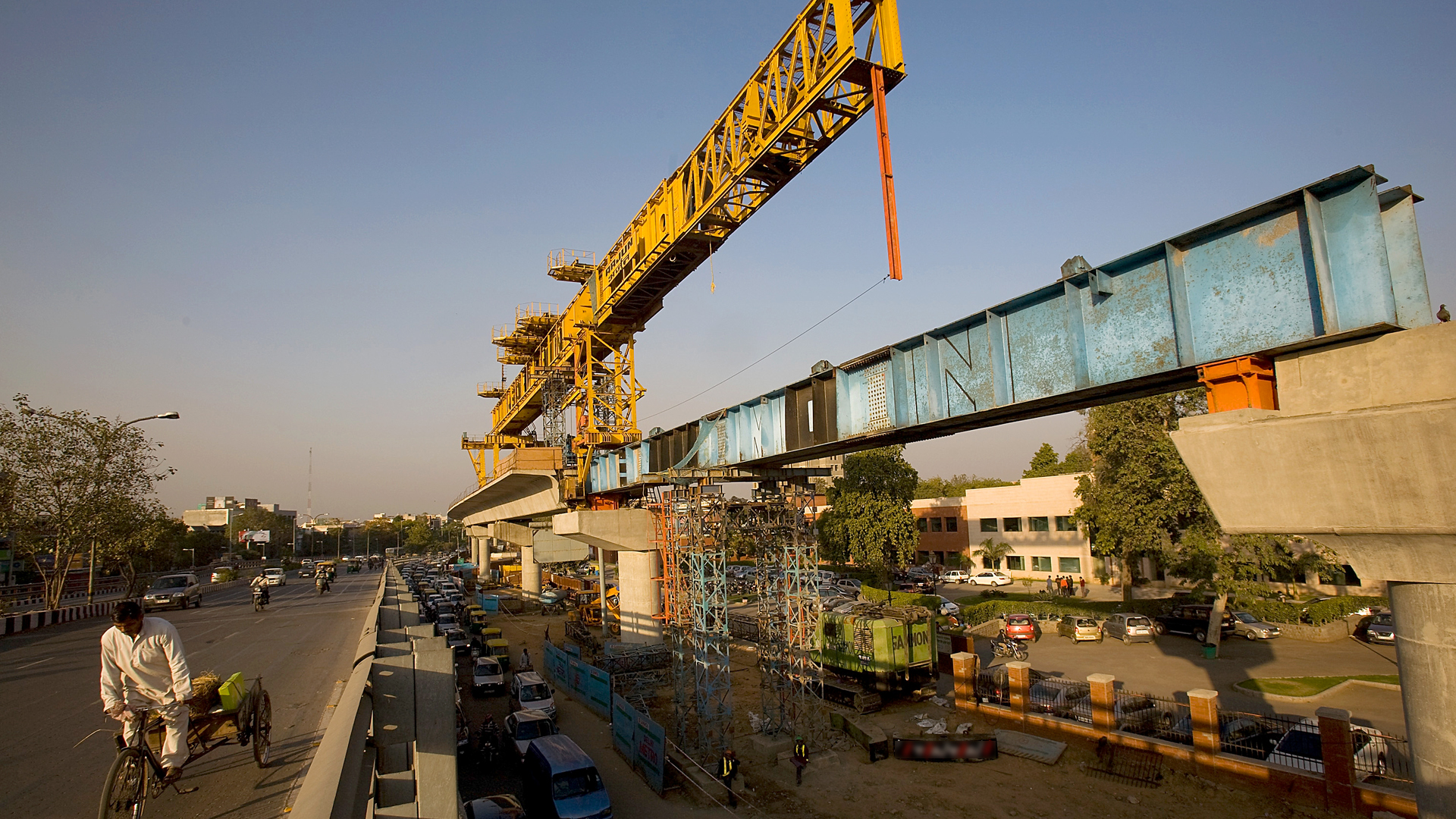 Major funding has been for COVID relief and infrastructure development. (Daniel Berehulak/Getty Images)

Tamil Nadu — The World Bank Group’s lending to India more than doubled between 2017 and 2020 as the economy contracted, despite a number of government reforms to spur growth.

The funding to India increased from $2.2 billion in 2017 to $5.11 billion in 2020, the Word Bank reported, while citing the country’s “remarkable progress in reducing absolute poverty” since the 2000s.

India’s GDP contracted by 23.9 percent in the first quarter of 2020-21, the lowest in 40 years, according to the National Statistical Office, primarily due to the impact of the pandemic. The contraction narrowed to 7.5 percent in the second quarter.

The World Bank stated that, “in recent years [the government] has undertaken important reforms to spur economic growth —introducing the bankruptcy code, implementation of the GST [Goods and Service Tax] to integrate the national market and undertook a series of reforms to ease the conduct of business.

“Growth was, however, already slowing when the Covid-19 pandemic struck,” the report states.  “This was mostly due to a combination of domestic issues — including impaired balance sheets in the banking and corporate sectors and weak growth in rural incomes — as well as the slowdown in global trade.”

A substantial amount of the World Bank’s commitment has been for pandemic relief.

The government and the World Bank in May “signed a $750 million of $1 billion proposed for Accelerating India’s COVID-19 Social Protection Response Programme to support India’s efforts at providing social assistance to the poor and vulnerable households, severely impacted by the COVID-19 pandemic,” the Ministry of Finance reported.

In mid-December, the government and the World Bank signed a $400 million project “to support India’s efforts at providing social assistance to the poor and vulnerable households, severely impacted by the Covid-19 pandemic.”

Some of the other projects in India supported by the World Bank in 2020 include aid to micro and small-scale industries, a green highways network, projects for enhancing education in Nagaland and improving agriculture for tribal households in Chhattisgarh.

“Instead of waiting for the economy to pick up, the government is investing in these projects so that the economy picks u, and yields more revenue for the government,” said Devendra Pant, director at Fitch Ratings India.

“So even though consumption is low due to the pandemic and other factors, the infrastructure investments will yield results in the long term. We have two ways of financing such projects — either internal financing, which will widen the domestic borrowings, or external financing from multilateral donor agencies such as the World Bank, ADB [Asian Development Bank], etc., which have longer tenor.”

The World Bank has stated that between 2018 and 2022, the two arms of the World Bank group — the International Finance Corporation and International Bank for Reconstruction and Development — could be expected to provide India with $25-$30 billion.

India has been the largest country in the IFC investment portfolio of the World Bank for several years. The IFC is the private sector investment arm of World Bank Group and shares its mission to reduce global poverty.

At the end of fiscal 2018, the IFC supported 283 projects worth $6.1 billion. These include a major government effort to clean the Ganges river.

Areas for funding identified by India and the World Bank include land and water conservation, infrastructure for health and education, and skill development.

“This is not a typical borrowing which happens during a crisis situation,” said N. R. Bhanmurthy, vice-chancellor of B. R. Ambedkar School of Economics in Bengaluru. “This is just a loan which will be paid up by India.”