A mob attacked the temple on Dec. 30 after a local cleric allegedly said it should be torn down. 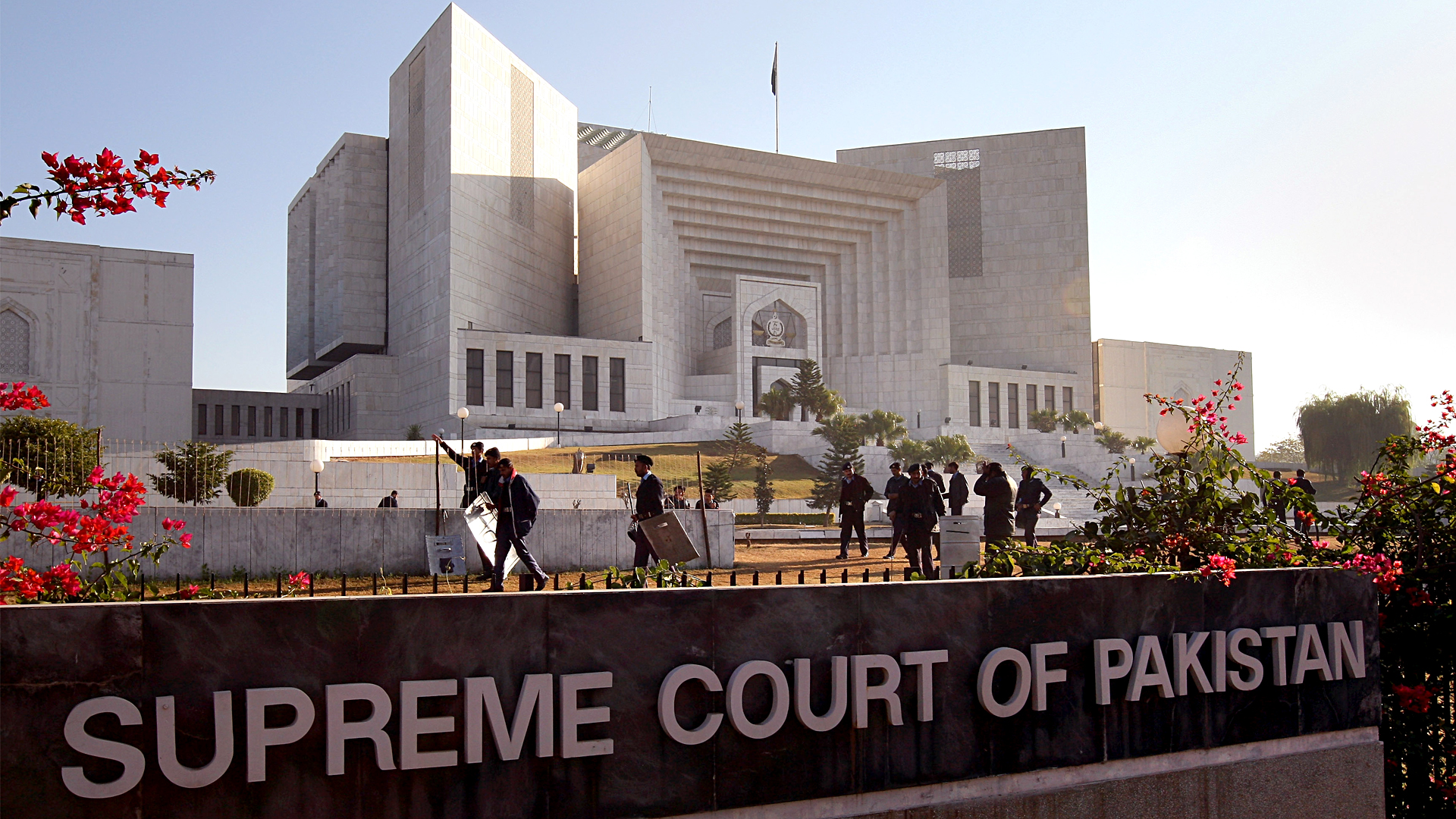 Pakistan Supreme Court has asked the cleric who allegedly incited crowds to destroy a Hindu temple to pay for its renovation. (John Moore/Getty Images)

Peshawar — The Supreme Court of Pakistan has ordered the government to rebuild a Hindu temple that was destroyed by a mob after a local cleric allegedly incited people to attack the shrine.

The chief justice ordered the Evacuee Trust Property Board, which manages Sikh and Hindu religious sites, to rebuild the temple, and said that “local cleric Muhammad Sharif, who incited the people to destroy the shrine, and his gang should bear the expenses to be incurred on rebuilding the temple.”

“What impression we have given to the world about minorities’ rights in the country?” Supreme Court Chief Justice Gulzar Ahmed said during the Jan. 5 hearing.

The Shri Paramhans Mandir and Samadhi (temple and shrine) in the Teri village of Karak district in Khyber Pakhtunkhwa province was attacked by a mob on Dec. 30. Protests in the village became unruly after Sharif, a leader of the Sunni political party Jamiat Ulema-e-Islam (F), allegedly told the protesters that the Hindu shrine should not exist in the village. The protest had been organized against a planned expansion of the shrine.

“Sharif told the people to go and destroy the shrine,” a police report states. “If anyone loses his life while destroying the shrine, he would be a martyr.” The police report also said that people looted expensive items from the shrine and set it on fire.

Video of the incident went viral on social media, prompting the Supreme Court to take action on its own.

“The government has decided to rebuild the temple,” said Kamran Khan Bangash, an adviser to the Khyber Pakhtunkhwa government. “Police have arrested 45 people, including the three main accused. The government will not allow anyone to disturb religious harmony in the province. People of the province have been custodians of harmony for centuries.”

This was the second time that the temple and shrine was attacked since construction in 1919.

“Minorities of Pakistan are attacked once again and officials have failed to protect the temple, which is really shameful for us as a nation,” said Khamuani. “We demand the government to arrest all those involved in this attack and ensure a fair investigation of this incident.”

“But Hindus from different parts of the country visit the shrine every Thursday,” he said. “This is the shrine of our religious leader and it is very sacred to Hindus just like a mazar [sacred site] is for Muslims. Before the Partition [in 1947], Hindu religious leaders used to pray and propagate Hinduism. One of the yogis was Krishan Dawara who had come here from Sindh. Slowly the Hindu community in Teri shifted to other areas, but still Hindus from Sindh come here every Thursday.”

The shrine is also a religious tourism spot as many Hindus from abroad have begun to visit, he said.

The 8 million Hindus in Pakistan make up the largest religious minority in the country, where Islam is the state religion.

“The government of Pakistan failed to adequately protect these groups, and it perpetrated systematic, ongoing, egregious religious freedom violations; this occurred despite some optimism about the potential for reform under the new government of Prime Minister Imran Khan.”