An attempt to offer an egalitarian and ecumenical ending became a target for political snark. 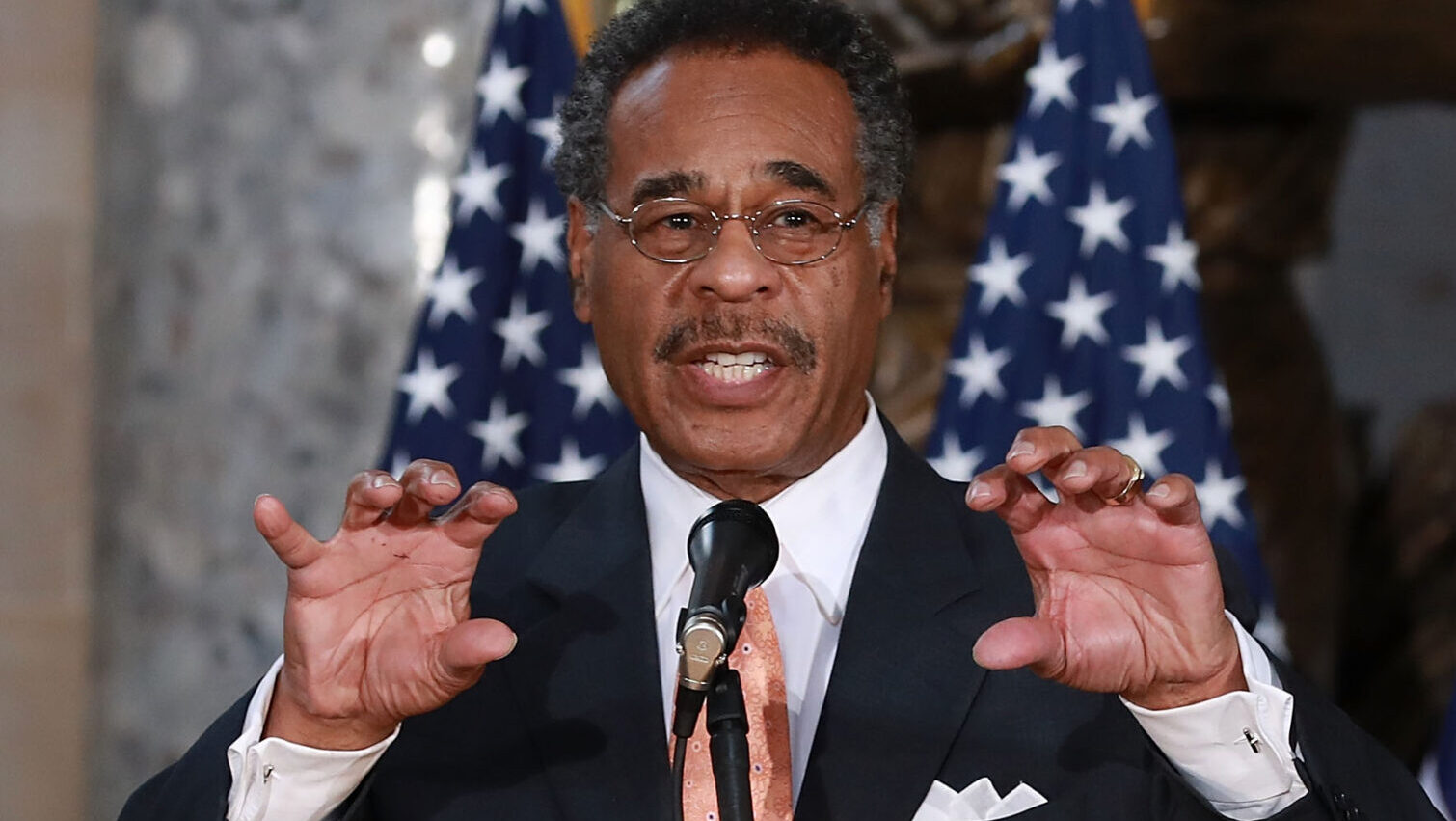 Rep. Emanuel Cleaver (pictured in 2018) delivered the benediction as the 117th Congress came into session on January 4, 2020. (Chip Somodevilla/Getty Images)

A House representative, offering an opening prayer for the new session of Congress, learned that language bending can cause mockery unending.

Rep. Emanuel Cleaver (D-Mo.), a former Methodist pastor who was the first African-American mayor of St. Louis and now represents the late Harry Truman’s home district, attracted eye-rolls when he ended his prayer with the words, “Amen and A-woman.”

He was aiming for an egalitarian and ecumenical closing, and a wish for unity. But the final word has monopolized the nation’s attention.

“May the Lord lift up the light of his countenance upon us and give us peace: peace in our families, peace across this land and, dare I ask, oh Lord, peace be within this chamber, now and evermore. We ask it in the name of the monotheistic god, Brahma, and god known by many names by many different faiths. Amen and A-woman,” Cleaver said from the Speaker’s rostrum.

Prominent Republicans mocked the turn of phrase. Donald Trump, Jr. tweeted that “Amen means ‘So Be It’ in Latin. It isn’t a gendered word but that didn’t stop them from being insane. Is this what you voted for?”

Former House Speaker Newt Gingrich tweeted that it was a “perfect House Democrat prayer ending as House Dems focus on gender security by abolishing virtually every normal gender term like ‘father [and] Mother’.”

Cleaver told KCTV in Kansas City that he struck a blow for gender neutrality on purpose, and dismissed criticism from across the aisle.

“With that kind of gender and inclusion in the Congress, the most diverse Congress in history, I ended my prayer by saying ‘a woman,’” he said. “We’ve got 300-some-thousand people who have died of COVID, and some people are concerned because I used two words — ‘a woman?’ It’s mind-boggling.”

Experts say neither side is on completely solid linguistic ground.

Amen is a non-gendered word, originally from biblical Hebrew with a root whose “simple translation in English is ‘belief’,” according to Rabbi Andrew Ergas, CEO of Hebrew at the Center, an organization that advocates for teaching and learning Hebrew.

“The term itself, amen, is probably more accurately translated as confirm, like ‘I confirm that,’ or ‘truly,’ or ‘verily,’” Ergas added. “The reason ‘amen’ exists in English is there isn’t a great translation from one language into the other. To some extent a translation would be ‘would it be so’ or ‘may it be so,’” like an affirmation of a common wish. To claim a single translation of “so be it” doesn’t fully encapsulate the range of meanings the word has.

“It went from Hebrew to all world languages, it looks like,” said Peter Sokolowski, a lexicographer for Merriam-Webster. “It’s as old as the English Language itself and has no roots in the Germanic languages” that have a more direct impact on Old English.

The prayer to open the 117th congress ended with “amen and a-woman.”

Amen means “So Be It” in Latin.

It isn’t a gendered word but that didn’t stop them from being insane.

Is this what you voted for?

Sokolowski said Cleaver’s choice recalled wordplay about the word “history” with the phrase: “History, it’s her story too.”

Neither word is connected to English-language pronouns — they both rely on Latin roots — “but it made a rhetorical point quite clearly,” Sokolowski said. “History did seem to ignore women and people of color and all kinds of other things. It made a pretty valid point, but with a ridiculous linguistic fabrication.”

Cleaver’s “a-woman” is at “the same level rhetorically as a pun,” the lexicographer said — not deep, but capable of gaining immediate attention. Still, he said, the attempt fell flat. “Amen is uniquely religious,” he said. “It seems a little bit more like a transgression when you’re punning on amen. If his intention was gender inclusion, he didn’t succeed because we’re talking about his choice of words rather than his intent.”

Gingrich’s observation about the House of Representatives eliminating all references to the male and female sex appears to be correct. New House rules will “honor all gender identities by changing pronouns and familial relationships in the House rules to be gender neutral.” Instead of mother, father, son, and daughter, the 117th Congress will refer to parent and child, or to siblings instead of brother and sister.

Previous Congresses operated under rules that considered male or female descriptions to be references to both.

Aside from identity politics, there are practical reasons.

“Sibling and spouse happen to be Latinate words, but wife and husband aren’t,” Sokolowski said. “Legal language tends to be Latin-based.”