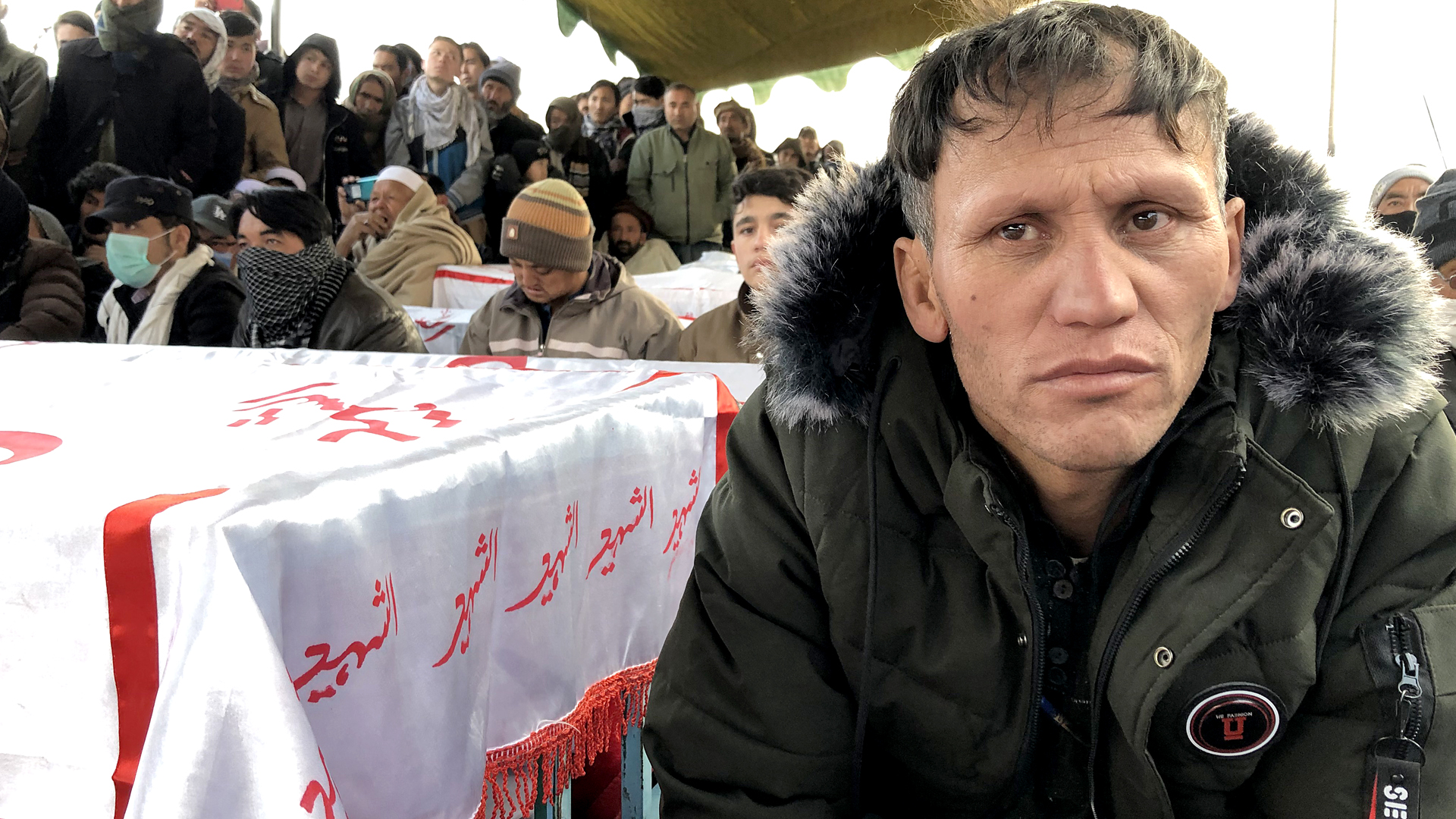 The protesters at the Western Bypass, a major trade route, are demanding that the Balochistan government arrest the terrorists or else resign. (Hazar Khan)

QUETTA, Balochistan — Hundreds of members of the minority Hazara Shiite community in Quetta have blocked major roads in the provincial capital of Balochistan to protest the brutal killings of 11 coal miners by the Islamic State early on Jan. 3.

The protesters at the Western Bypass, a major trade route, are demanding that the Balochistan government arrest the terrorists or else resign, and that Prime Minister Imran Khan come to Quetta and meet with them and offers some reassurance to victims’ families.

The Islamic State claimed responsibility for kidnapping and killing at least 11 coal miners in the Mach area of the Kachhi district.

“Armed militants attacked the residence of coal miners at night,” Deputy Commissioner of Kachhi Murad Kasi told Zenger News. “The militants separated the coal miners based on their identification, tied their hands, took them to a nearby mountain, and shot them.”

He said that the miners belonged to the Hazara Shiite community.

Hazara community activist Hassan Raza told Zenger News said that the community has been targeted for well over a decade.

“The area where this incident has occurred has many security check posts around it,” he said. “If such an incident can occur despite the presence of security forces in the area, then it is simply the failure of the Balochistan government to provide security to us.”

Mach is about 48 miles from Quetta, in the famous Bolan Pass.

“There were 62 coal mines in the area, of which 52 are operational,” said Miners Labour Union President Iqbal Yousafzai. “The last time data on miners in this area was collected was in 2018. According to that, about 17,000 miners work in Mach coal mines. A large number of them are from the Hazara community.”

He said the Bolan Pass is considered a restive area of Balochistan, where several terrorist activities had taken place. “Despite that, hardly any security is provided to the miners,” Yousafzai said.

The Hazaras are of Mongolian and Central Asian descent, and according to some sources, they are descendants of Genghis Khan, who invaded Afghanistan in the 13th century. They are mainly Shiite Muslims. About 600,000 Hazara people live in Quetta.

In its 2019 Annual Report, the U.S. Commission on International Religious Freedom noted the rise in sectarian violence in Pakistan, and how Hazara Shiite Muslims have been targeted by extremist groups, including the Islamic State, Lashkar-e-Jhangvi, and the Pakistani Taliban. Coal miners, have been targeted many times by Balochistan militant groups.

The Islamic State carried out a number of attacks in 2020 in Quetta and Peshawar.

“In Balochistan, 95 people were killed and 216 were injured in 42 reported attacks in 2020,” said analyst Amir Rana. “Different Baloch insurgents groups perpetrated 32 attacks, and religiously inspired militant groups such as the TTP (Tehrik-i-Taliban or Pakistan Taliban), Hizbul Ahrar, and ISIS-affiliates were reportedly involved in as many as 10 attacks in Balochistan.”

Lessthan a month later, the Islamic State claimed responsibility for a suicide attack inside a shrine in Khuzdar. The explosion at the Sufi Muslim shrine on Nov. 12 killed 52 people. Worshippers were performing dhamal — a trance-like dance — when the blast happened.

Security operations have pushed the Islamic State closer to the border with Afghanistan. The group established a presence in Baluchistan, taking advantage of unrest in the province related to the separatist insurgency. It has also spread to major cities of Pakistan.