Protests have wracked the country since the prime minister dissolved parliament on Dec. 20. 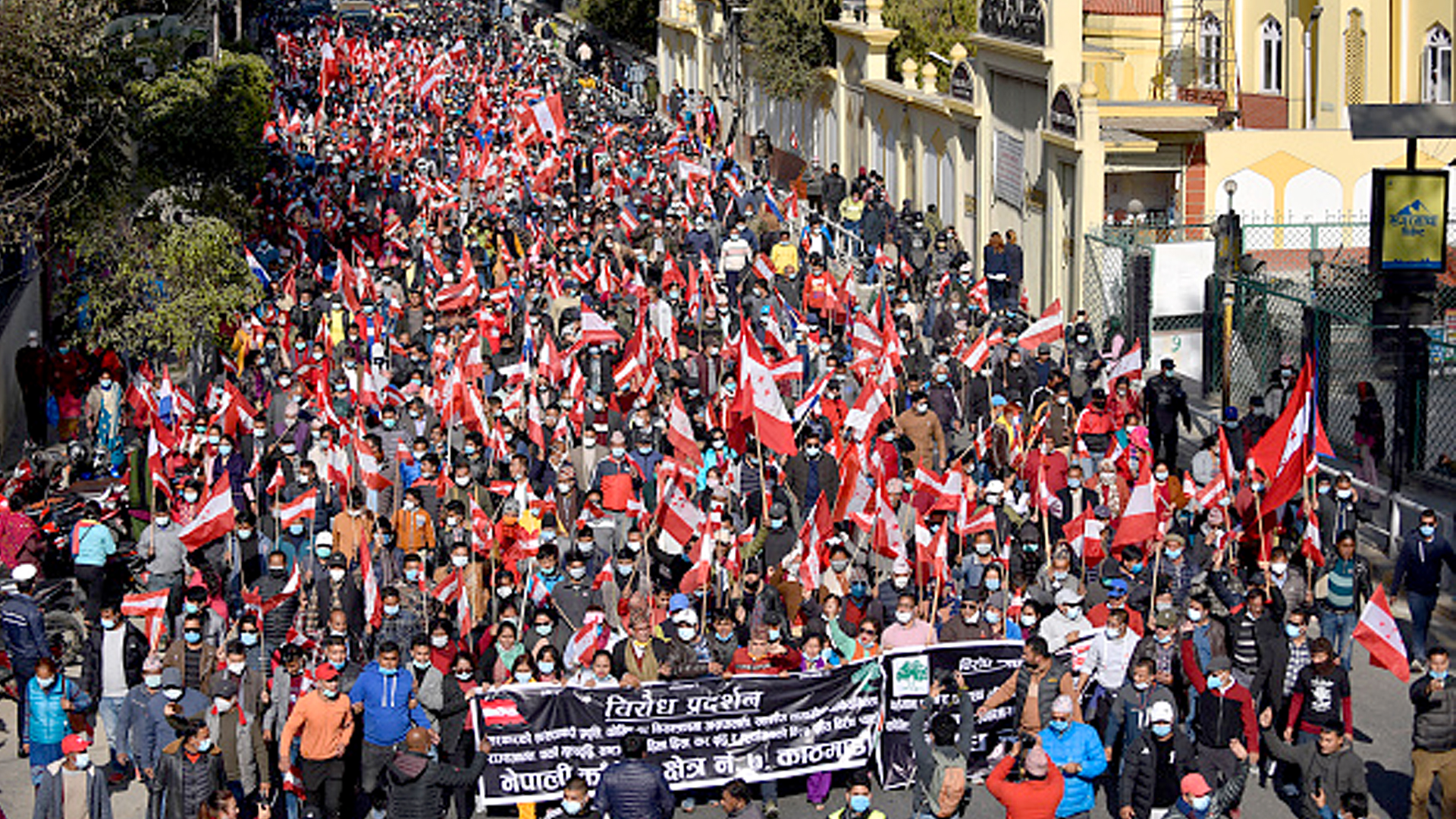 KATHMANDU, Nepal — A four-member Chinese delegation, including a high-ranking official in the Chinese Communist Party, arrived in Nepal last week in the midst of the country’s political crisis.

Protests have wracked the country since Prime Minister K.P. Sharma Oli dissolved the House of Representatives on Dec. 20 and called for snap elections next spring, a year ahead of schedule. The move followed weeks of infighting in the ruling Nepal Communist Party (NCP), with some members joining opposition party members in protest, saying the dissolution goes against the Constitution.

Most recently, thousands took to the streets of the capital Kathmandu on Dec. 29 to protest.

Meanwhile, both China and India continue to show interest in the tiny country, which is wedged between the two giants. India has been pushing back against Chinese influence in the region.

The visit by a senior member of the Chinese Communist Party (CPC) has fueled speculation about a potential power play. 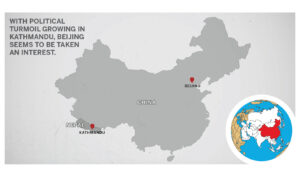 The four-member Chinese delegation, led by Guo Yezhou, a vice minister of the international department of the CPC, met with President Bidya Devi Bhandari on the first day of the four-day visit. He also held talks with the prime minister. The meeting was confirmed by Rajan Bhattarai, a senior member of the central committee of the NCP and a foreign affairs adviser to the prime minister.

“He [the prime minister] reiterated Nepal’s position for a one-China policy and also assured them about not allowing Nepal’s land to be used against China,” said Bhattarai. “The Chinese have expressed thanks to Nepal for supporting the one-China policy.”

Some political analysts say that Oli’s decision to dissolve parliament was supported by India, though Indian officials have denied it.

“We have noted the recent political developments in Nepal,” Anurag Srivastava, a spokesperson for India’s Ministry of External Affairs, said at a press conference on Dec. 24. “These are internal matters to decide as per the democratic processes. As a neighbor and well-wisher, India will continue to support Nepal and its people in moving forward in the path of peace, prosperity and development.”

China’s interest in Nepal is primarily economic. As of 2018, it had invested some $51 million in the country as part of its Belt and Road Initiative.

“It is not unexpected for a Chinese official to visit Nepal in the light of recent developments,” Khadga K.C., a professor in the department of international relations and diplomacy at Tribhuvan University in Nepal, told Zenger News. “China has always been in favor of maintaining stability in Nepal, as instability in the country could lead to anti-China activities by different groups, such as the Tibetans.”

China claims Tibet as an autonomous region, but there is a movement inside the country for an independent Tibet.

“At the same time, India wants to destabilize Nepal and split the NCP,” he said. “But it is not good for our country if China interferes to solve Nepal’s internal problems. Nepali politicians are responsible for the current problems.”

Prem Khanal, an assistant professor at Tribhuvan University who also has experience in international affairs, said that China has strengthened relations with all parties since the end of the monarchy in Nepal, including the largest opposition party, the Nepali Congress, and Madhesh-centric parties, which want proportional representation for Madhesis and increased representation for electoral seats.

During the meeting on Dec. 29 between Guo and Sher Bahadur Deuba, the party president of the Nepali Congress, Gou invited Deuba to visit China.

Some members of the Nepali Congress had protested in October against China’s encroachment in the Humla district that borders China. A Nov. 10 article in the Global Times newspaper, published in China, accused the Congress members of being pro-India and spreading false information about the border issue. Days later, the Central Committee of the Congress party refuted the article, saying the claim was baseless.

Chinese officials also met on Dec. 29 with Baburam Bhattarai, a former prime minister of Nepal and chairman of the opposition Federal Council of the Janata Samajwadi Party, to discuss the instability in Nepal.

Khanal said the Chinese seem to think that new elections in Nepal will lead to instability and bolster anti-China sentiments.