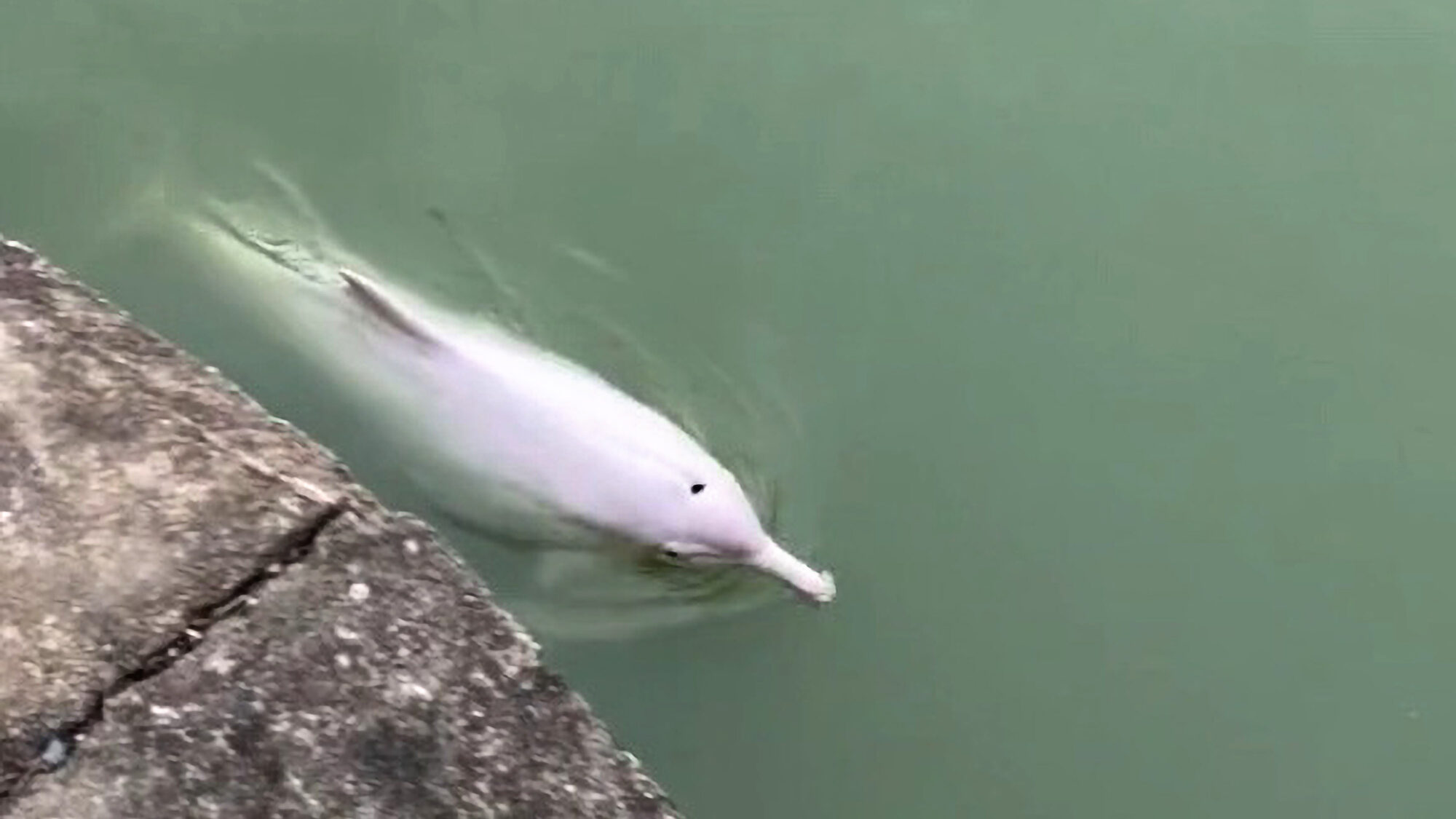 FOSHAN, China — Chinese officials are racing against time to save a pink-tinged albino dolphin that got lost and is now trapped between two floodgates.

The rare Chinese white dolphin is estimated to be 30 to 40 years old. Experts believe it entered the Shakou Water Control Station in the city of Foshan in China’s Guangdong Province because its internal sonar system is no longer reliable.

The dolphin was trapped after the floodgates were closed, leaving it swimming between two barriers, occasionally surfacing to breathe as seen in the video below.

The staff immediately reported the dolphin to the Municipal Water Resources Bureau, saying it did not appear to be distressed. However, gates leading further upstream have been closed to stop the dolphin from heading in that direction and endangering itself.

A team of divers has been placed on standby to try and rescue the dolphin.

Liu Heping, head of the Foshan Fishery Administration Detachment, confirmed it has a pink tinge, which is believed to be an indication of its advanced age.

Liu said he estimates the dolphin weighs between 660-880 pounds. Despite being trapped, he said the animal appears to be in good health.

It’s not uncommon for older dolphins to get confused, as their built-in sonar system becomes unreliable. “We get cases like this maybe once or twice a year.”

Still, Liu admits it’s unusual to see a white dolphin, or in this case, a pink one.

He said such mammals are light gray at birth, but become white when older, and then turn a pink tinge when they reach an advanced age.

Under normal circumstances, the white dolphins live in the Pearl River Estuary, where freshwater and seawater meet.

Liu does not believe the dolphin will be able to find its way back home without human assistance. The plan is to capture it, check its health, and then release it into a more suitable environment.