Isaivani, the first female singer of ‘gaana’, a distinct form of Tamil funeral music, is one of BBC’s 100 Women of 2020 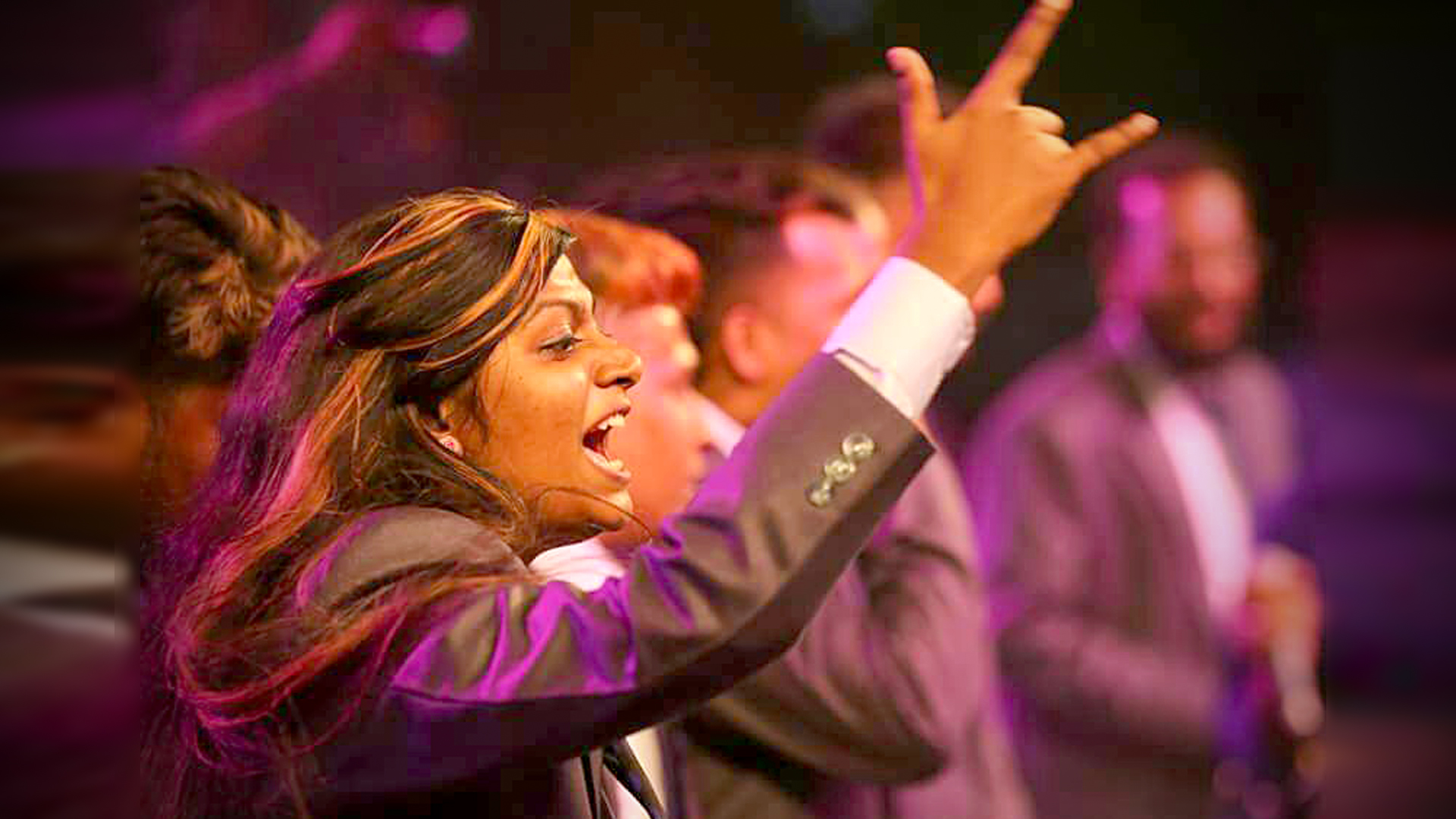 Isaivani is the first female gaana singer, using the genre that has roots in funeral music, to address inequalities. (Photo courtesy Guna Photography)

As dusk descends on Pulicat Lake—a large saltwater lagoon on the border of Tamil Nadu and Andhra Pradesh in South India—Isaivani starts singing a rousing “gaana” song. She is the only female singer of this particular genre of funeral music that originated in northern region of Chennai — the capital of Tamil Nadu.

Isaivani’s rendition immediately strikes a chord with the fishing community that makes up most of her audience. The theme of land grabbing has hit close to home for they are soon to lose their livelihoods to a proposed port. A murmur of dissent spreads through the crowd.

Isaivani who is one of BBC’s 100 Women of 2020 (a list of the most Inspiring and influential women from around the world), is used to this kind of reaction to her stirring vocals.

The singer is a member of The Casteless Collective, a band that aims to address societal inequalities through gaana.

“The fact that they have chosen to recognize gaana is gratifying; gaana is my future,” said Isaivani to Zenger news.

Unlike Tamil folk songs, the tempo and beat of gaana is unique. These philosophical songs that are traditionally performed only by men, were sung at households in mourning to keep people awake — tradition demands that people stay up till the dead person is taken for the last rites.

Over time, the songs became eulogies, extolling the virtues of the dead; and then became portrayals of life. However, the songs were seen as the domain of the working class and lower castes. The genre became mainstream only when some Tamil language films began to incorporate gaana tracks.

Isaivani’s foray into gaana was by chance.

A few years ago when Isaivani was performing as part of a troupe, the audience demanded gaana songs. None of the male singers were familiar with the genre, so Isaivani, who grew up in north Chennai, belted out the gaana numbers she knew. Since then, she would often sing these songs and gained popularity as the only female gaana singer.

Her tryst with The Casteless Collective came about when she met gaana composer Sabesh Solomon. He told her to audition for the band when he learnt that they were looking for a female gaana singer.

“Initially, she was not interested; however, I convinced her to audition and, she was selected,” said Solomon to Zenger News.

Her parents, who were against her singing gaana came around after learning that her songs were for a cause.

While Isaivani faced caste-based discrimination growing up, it was only after joining The Casteless Collective that she actually tuned into society’s problems; aligning with the band’s aim of using music to address discrimination based on caste, gender, religion and education.

She became more aware about issues like manual scavenging and violence against women — topics that the band sings about.

“Songs have the power to touch the core of people and have a better impact than speeches,” she said. “More women should come forward to talk about societal problems.”

For centuries, India has a caste hierarchy with Brahmins or priests at the top of the tier, followed by Kshatriyas or warriors. Merchants make up the Vaishyas, which is the third tier. The fourth and last are the Shudras, a group comprising workers, artisans and the like.

The Dalits—sanitary workers and those who do menial jobs—are tagged “untouchable” and are excluded from the “varna” (caste) hierarchy. They are still subject to the worst kind of discrimination because of their caste.

When Isaivani performs, many in the audience are “upper” caste people, who offer support and solidarity to the Dalits in their fight against oppression.

Saranraj. R, an industrial engineering research scholar, is one of them.

“The band is the voice of the masses. The songs are a good way to bring issues to people’s attention, since many are unaware of the struggles of the marginalized,” he said.

With the recognition as one of BBC’s 100 influential women, Isaivani’s band members hope that their attempts to bring about equality will have a stronger impact.

“Isaivani is a member of a marginalized community and it’s commendable how she created opportunities for herself and became a role model by choosing to be part of the gaana world, despite hurdles,” said Pa. Ranjith, a film director who established The Casteless Collective, to Zenger News.

“The recognition proves that the world is watching the band. It also means that we have bigger responsibilities,” he said. “We will now work harder to address issues and create a ripple effect through art.”

While the songs started creating waves right from the band’s first show two years ago, now more people are opening up about the pain of discrimination. They give feedback in person and through social media after listening to the band’s songs.

“Our songs can make people respect and accept each other,” said Isaivani. “People have started looking at issues rather than at the person talking about the issue. If my songs change the mindset of even a single person, I’ll be happy.”

Solomon is happy that she has been chosen as one of 100 inspiring women of 2020. “She has reached this unique position because of her determination. It’s not easy to be accepted, especially as a female gaana singer,” he said. “Many young women who come to record songs say that Isaivani is their inspiration.”