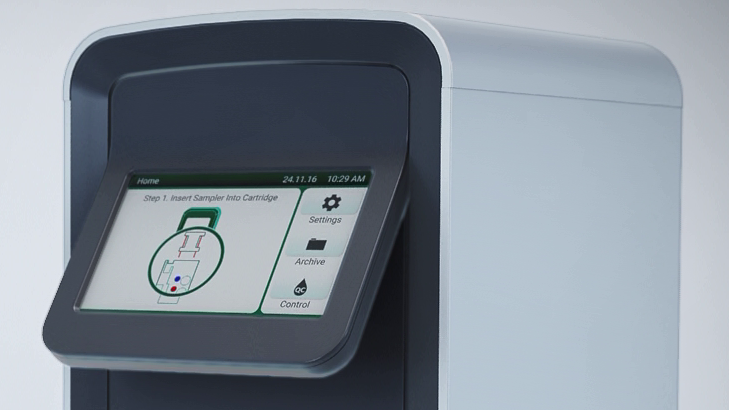 Silicon Valley-based Theranos famously promised an in-office blood analysis device that could conduct dozens of tests from a single finger prick. That claim turned out to be fraudulent. But other startups — including three from Israel — are attempting to get it right.

One of them, PixCell Medical of Israel, was just named to PM360’s Innovative Companies of 2020 list. PM360 is a monthly magazine covering the pharmaceutical, biotech, medical device and diagnostics industries.

A recent study conducted by the University of Maryland and Sweden’s Linköping and Uppsala Universities compared PixCell’s HemoScreen system to standard analyzers. It found HemoScreen can deliver “lab-equivalent results rapidly at the point of care.”

Results are returned in just six minutes and require only a single drop of blood.

“You can differentiate between many types and subtypes of cells, and you are able to also enumerate and detect abnormal cells, which is not possible with even the highest level of full-blown analyzers,” Bransky said.

PixCell Medical’s HemoScreen competes with two other Israeli startups in the same blood-testing space: Sight Diagnostics’ OLO point-of-care 10-minute blood diagnostics device that also only requires only a finger prick of blood (another PM360 pick); and the battery-powered RevDx blood count device from Engineering for All.

The company, founded in 2009 and based in Yokne’am, Israel, counts among its clients Changing Cancer Care, an EU-backed project to treat oncology patients at home in the border region of Denmark and Germany; the Karolinska Institute and Uppsala University in Sweden; and NSW Health Pathology in New South Wales, Australia.

To learn more about PixCell Medical’s technology, Bransky published a paper in The Journal of Applied Laboratory Medicine.