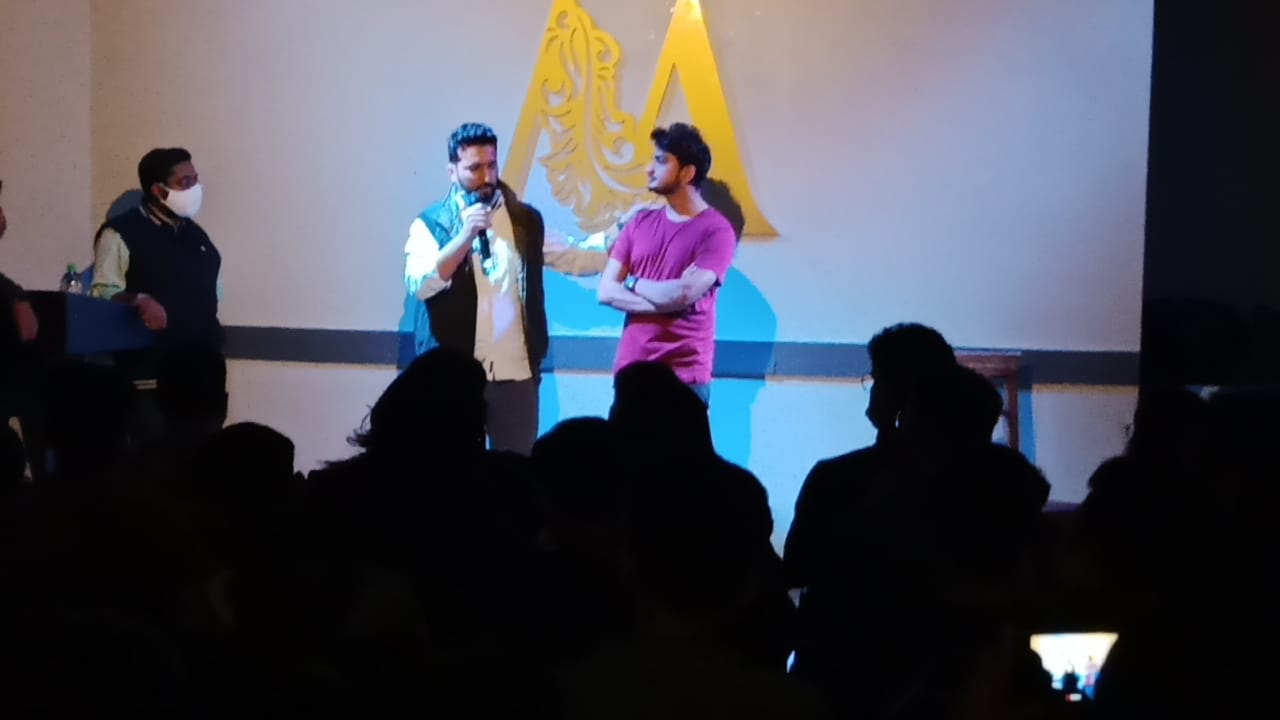 Indore, 2 January 2020 — The arrest of a stand-up comedian in the central Indian city of Indore on Jan. 1 for allegedly hurting religious sentiments has yet again revealed the diminishing space of dissent in the country, claim free speech activists and lawyers.

Mumbai-based comic Munawar Faruqui took the stage at Café Monroe in Indore on the evening of Jan. 1 for a show when he was stopped by Aklavya Singh Gaur, the convenor of Hind Rakshak. The organization claims to be a defender of Hindu culture and society.

A video shared with Zenger News by an audience member shows Gaur haranguing Faruqui about his choice of jokes, accusing him of hurting the sentiments of Hindus while remaining tight-lipped about Islam.

During the altercation, which went on for 10 minutes, Faruqui also mentions that he had issued an apology on Instagram. The show begins only after he declares that there will be no political jokes, eliciting disappointment from the audience.

It begins, but only to be stopped 15 minutes later when police from the Tukoganj police station arrives at the venue.

The police took Faruqui into custody along with two other comedians — Prakhar Vyas and Nalin Yadav.

Anshuman Shrivastav, a former advocate general of the state of Madhya Pradesh, is representing the arrested comedians and confirmed to Zenger News that a first information report or police complaint had been filed against the comedians as well as two others — Priyam Vyas and Edwin Anthony.

“Sections 269 and 188 of the Indian Penal Code, under which the accused have been charged, relate to measures for controlling Covid-19,” said Shrivastav. “They have also been charged with making filthy and derogatory comments against Hindu gods under Section 295A.” Zenger News has a copy of the FIR.

“I have nothing against political jokes and am a patron of arts,” Singh Gaur told Zenger News.

“However, if someone crosses limits, it is necessary to do something about it. If someone hurts religious sentiments, is it wrong to take legal action?”

“Let him make jokes on Islam, not Hinduism. Can they make jokes on Allah or Paigambar the same way? Why are Hindus soft targets then?”

This isn’t Fauruqi’s first brush with the law. In April last year, Ramesh Solanki, a former member of the Shiv Sena party, filed a complaint with Mumbai police alleging that the comedian had insulted Hindu gods Ram and Sita.

After being produced in front of the magistrate, all five have been remanded to judicial custody till January 13. A bail plea will be filed on Monday, Shrivastav confirms.

Comedians in India have been under the heat for several months.

Kamra refused to retract his tweets and issued a statement saying he will not apologize.

Another Mumbai-based comedian, Agrima Joshua, was embroiled in a controversy for allegedly insulting Chhatrapati Shivaji, a 17th century king who had established the Maratha dynasty, which ruled over large swathes of central and south India in the 18th and 19th centuries. Shivaji is also the subject of hero-worship for many right-wing Hindu organizations, especially in the western state of Maharashtra.

Anil Deshmukh, Maharashtra’s home minister, directed police action against her while members of the Maharashtra Navnirman Sena damaged a venue where she had performed.

The Jan. 1 event from which Faruqui and the others were arrested was organized by New Delhi-based events company, Curtain Calls, and locally produced by Vyas and Yadav.

“I put up shows all over the country, and we tie with smaller local producers,” said Vishesh Arora, owner, Curtain Calls and Faruqui’s tour manager. “The producers, who are also comedians, were picked up by the cops along with Munawar. It seemed pre-planned,”

Videos of the altercation and of the subsequent arrest have made their way to social media and the comedy circuit is abuzz with discussions and tweets in support of Faruqui.

Singh Gour said he had filed the police complaint.

“Munawar Faruqui is a serial offender,” he added. “They have insulted Lord Shiva, Ganesh, Kartikeya and even brought up Home Minister Amit Shah. Three stand-up comedians and two event organizers have been named in the complaint.”

“We had watched his earlier videos and had heard about the show a few days ago. We have always raised our voice in such matters. But this particular time, it was done in a planned manner. We had bought tickets for five people, the rest remained outside. We have shared videos of the show yesterday with the police.”

But Singh Gour denied that he was present at the venue during the disturbances that several audience videos captured.

“I had got out of the show and some of my people were outside with me,” he said. “I tried to pacify them. There were some others who were still inside. They were all from Hind Rakshak.”

Indore-resident Sadakat Liyakat Khan told Zenger News that 10-15 people had entered the venue while the show was in progress.

“Singh Gour went on stage and then left after their confrontation,” he added. “He was in front of the camera and polite while others who came with him were rude and threatening. Faruqui had performed no more than 15 minutes, when they began hitting audience members.”