She had to fight tribal pressures to be appointed Assistant Superintendent of Police (ASP) in Quetta.
By Raza Hamdani January 1, 2021
Facebook
Twitter
Linkedin
Email 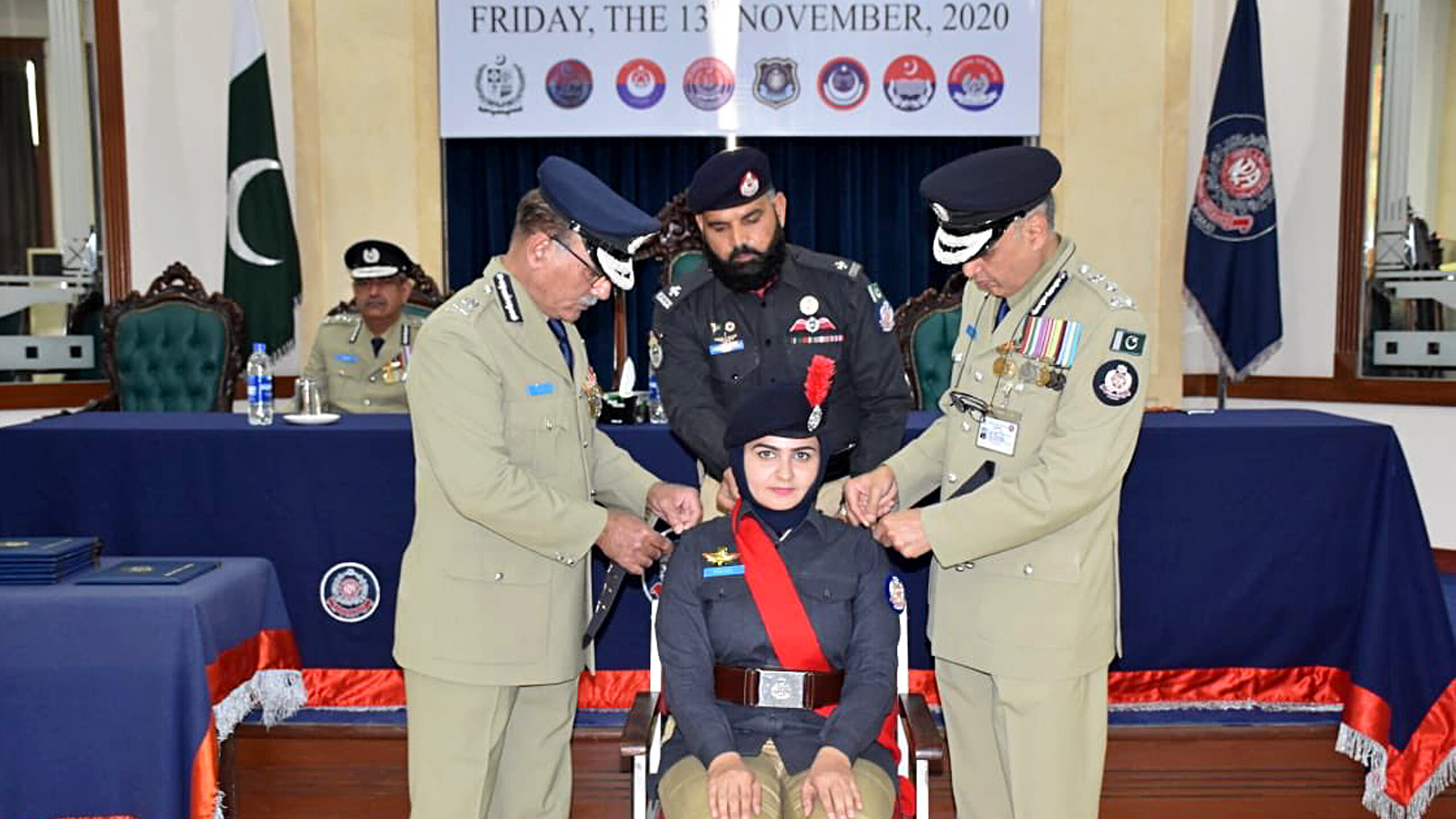 Pari Gul Tareen, the first woman in the history of Balochistan to be appointed Assistant Superindentent of Police (ASP) in Quetta, being pinned rank of ASP. (Courtesy of Pari Gul Tareen)

Pari Gul Tareen is the first woman in the history of Balochistan to be appointed Assistant Superintendent of Police (ASP) in Quetta. She was appointed to the post on Nov. 24.

Tareen who belongs to Balochistan’s Pishin area, was the first woman in the province to join the Police Service of Pakistan (PSP) after passing the Central Superior Services (CSS) exam in 2017. She came fourth in the examination in the province. She is the first in her family to have attended a university.

“It’s a great honor to be the first woman with this distinction, but it’s also a matter of grave concern that in the past 73 years no woman officer from Balochistan was inducted into the PSP,” said Tareen. “This speaks volumes of our social system, education standards and poor family support as far as education is concerned.”

“I had to discontinue my education due to social pressure, but I didn’t quit and completed my bachelor’s degree as a private candidate. Later I did my post-graduation from the National University of Modern Languages, Islamabad.”

Tareen belongs to a moderate Pashtoon family and gives credit to her parents and brothers for supporting her endeavor to continue studies despite societal pressure.

“My family is like any other mildly traditional Pashtoon family, where women’s education is not considered top priority,” she said. “In general, Pashtoon society does not see much point in educating a woman. She is considered the “other” whose parents have to bear the expenses of education only to have her take all her achievements and success to her in-laws.”

Tareen said that she was of the firm belief that once she got good grades, her family would allow her to continue her studies.

“I was convinced that getting a distinction in academics would motivate my family to support me, and it worked,” she said. “Women need to try harder to convince their families to invest in their education.”

“The state has to play a role in improving education,” she said. “We did not even have a public middle school in our village.”

Like the other districts in Balochistan, women are marginalized in Pishin, especially in rural areas. Poverty compounds the problem because students belonging to unprivileged families have no literate elders to seek guidance. The incidence of violence is also disturbingly high.

“I want to ask parents, especially fathers, brothers and husbands to educate the female members of their families,” said Tareen. “Your female children are just as likely to succeed as your male kids.”

“A financially independent woman can have a say in the family decision-making process, so it’s very important for women to get educated and have a career.”

Kainat Azhar Khan is another woman from Balochistan who, after passing the CSS in 2018, has opted for the police force. She is presently under training.

Earlier this year, a girl from Quetta’s Hazara community, Farwa Batool, came first in Balochistan in the CSS examination.

The Hazaras are of Mongolian and central Asian descent and the legend has it that they are descendants of Genghis Khan and his soldiers. Genghis Khan invaded Afghanistan in the 13th century. They are mainly Shiite Muslims. In Pakistan, about 600,000 Hazara people live in Quetta, the capital of Balochistan. They have for long been victims to sectarian terrorism.

In its 2019 Annual Report, the U.S. Commission on International Religious Freedom (USCIRF) noted the rise in sectarian violence in Pakistan in recent years, and how Hazara Shiite Muslims have been targeted by extremist groups including the Islamic State, Lashkar-e-Jhangvi, and the Pakistani Taliban.