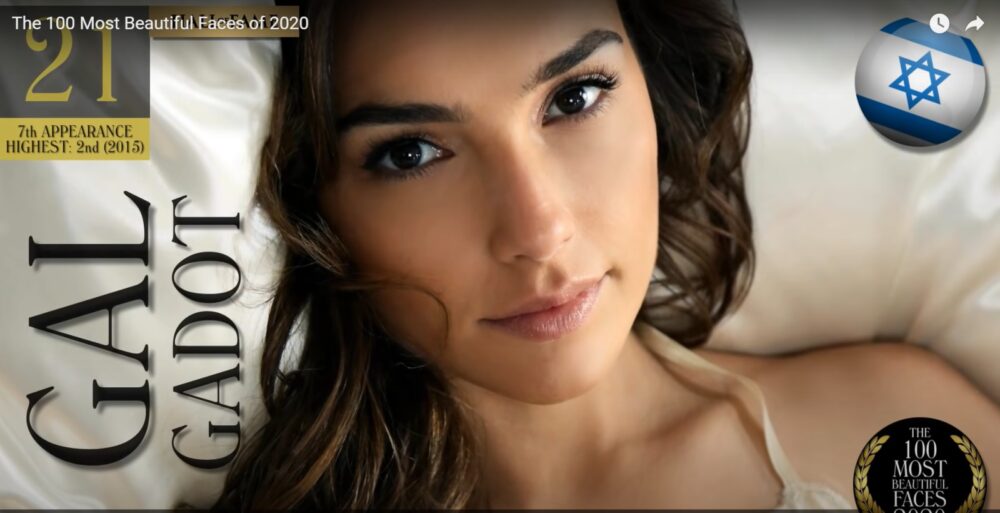 And the most beautiful face of 2020 is: Yael Shelbia, a model, actress and Israel Air Force soldier.

Shelbia, 19, appears in the No. 1 spot of this year’s 100 Most Beautiful Faces list, released in December by TC Candler & The Independent Critics, an entertainment website that has compiled and published the rankings annually since 1990.

Though it was her first year winning first place, Shelbia has appeared on the coveted list several times in the past, including when she ranked 14th in 2017, third in 2018 and second in 2019.

Shelbia’s face, if not her name, is known to Israelis from her role in the TV series Palmachand ad campaigns for local clothing companies, such as Castro and Renuar. She is represented in Israel by ITM boutique model and talent agency and has also done international modeling, including appearing in campaigns for American reality TV star and businesswoman Kim Kardashian West’s KKW Beauty makeup line.

In addition to being voted 2020’s Most Beautiful Face, Shelbia was also named Model of the Year by Israeli magazine At.

The blue-eyed, brown-haired beauty from Nahariya, who is currently undergoing her mandatory military service with Israel’s Air Force, has more than 900,000 followers on Instagram, where she celebrated the news with her fans.

“Thank you @tccandler and all the voters … I appreciate it with all my heart!!” she wrote in a post.

The much more famous Israeli Gal Gadot, star of the Wonder Woman film franchise, appeared on the Most Beautiful Faces list this year for the seventh time, albeit in 21st place. Her highest ranking on the list was No. 2, in 2015.