Indian Army Captain Charged in Killing of 3 Laborers, Falsely Claiming They were Militants

Allegations of extrajudicial killings have been rife in the disputed territory of Jammu and Kashmir. 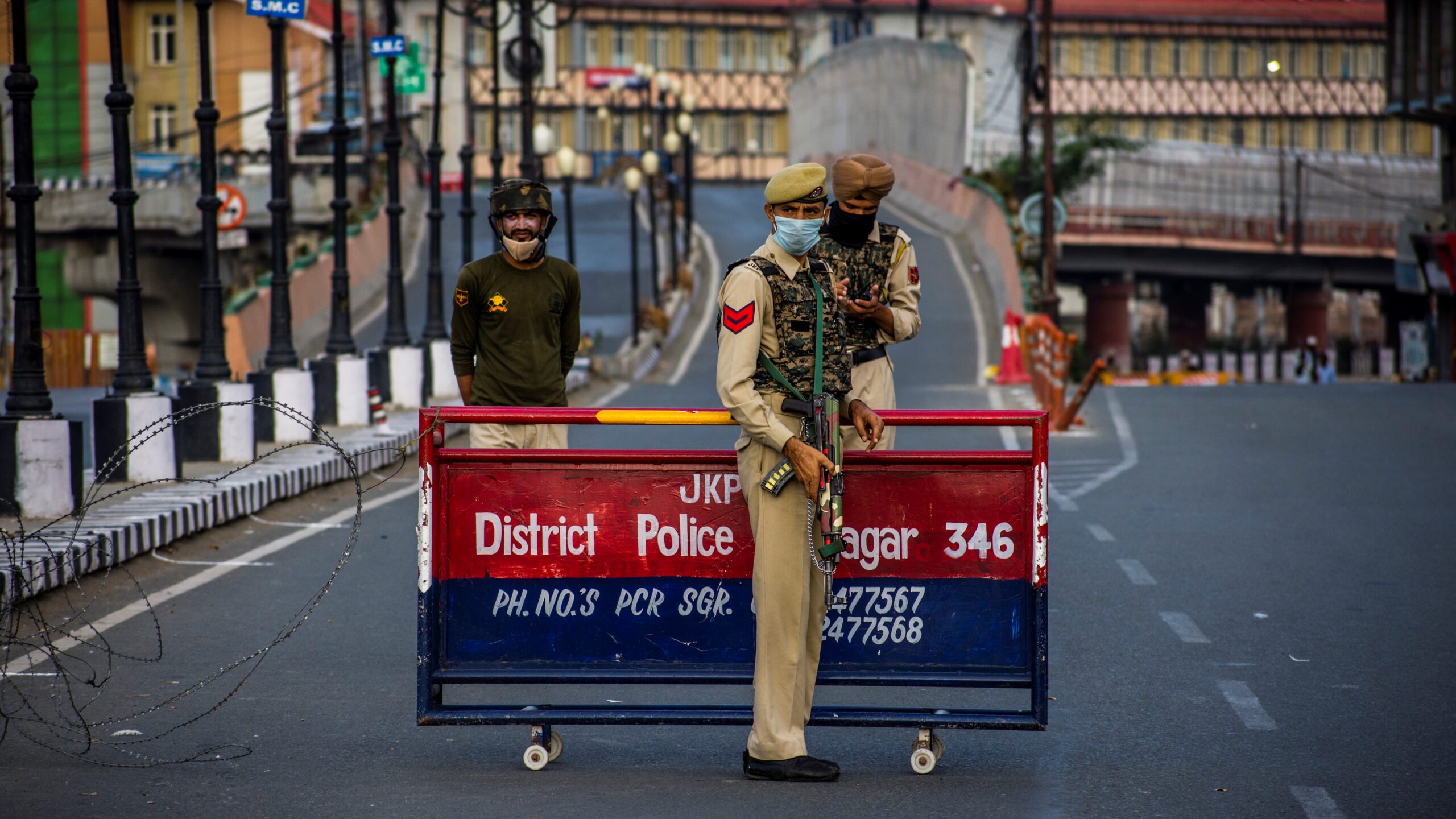 Indian policemen stand guard in the middle of a deserted road in Srinagar. (Yawar Nazir/Getty Images)

NEW DELHI — An Indian army captain and two others have been charged in the abduction and killing of three laborers in the conflict-torn Kashmir valley, five months after the incident sparked outrage in the region.

Authorities say weapons were planted on the victims to make it look like they were militants in the insurgency in the region.

Imtiyaz Ahmed, 18, Abrar Ahmed, 25, and Mohammed Abrar, 16, were killed in July in Amshipora village of south Kashmir’s Shopian district. Army officials initially said three “unidentified” militants were killed in a gunfight. Families of the three men in the remote Rajouri district identified them.

Army Capt. Bhoopendra Singh and two local associates have been charged by regional police for allegedly conspiring to abduct and then kill the three men in a staged encounter.

“They deliberately and purposefully chose not to follow standard operating procedures,” police said in a statement. “They planted illegally acquired weapons and material on their dead bodies after stripping them of their identities and tagged them as hard-core terrorists in possession of war-like stores and deliberately provided false information to colleagues and seniors.”

Family members of the victims claim that others in the security forces were involved as well.

“It is not possible to do an encounter with just one person. Why are more names not being revealed? Look at the pictures, each of them has at least 10 bullet wounds. So was only Captain Singh shooting them? Wasn’t there anybody else involved?” said Mohammed Saleem, a cousin of Mohammed Abrar.

“The whole conspiracy took merely few hours. It seems pre-planned.  But how come it was hatched by just one person?” said Saleem.

Mohammad Yousuf, the father of Abrar Ahmed, said, “Our children were killed in the most gruesome way. They should have been arrested or kept in custody if found guilty. But why were they killed like this?”

Army officials in the region have been tight-lipped about the incident. Col. Rajesh Kalia, spokesperson for the Defense Ministry based in Srinagar, declined to comment.

In September, army officials had acknowledged that soldiers were involved in the case after police exhumed the body of the laborers to obtain DNA samples. Army officials said the actions of the captain exceeded powers under provisions of the Armed Forces Special Powers Act. The controversial law grants immunity to security forces in the region who can arrest or kill people based on suspicion alone.

The law also allows soldiers to opt for a court-martial instead of being tried in civilian court. In the last three decades, accused army personnel have been convicted only once, despite numerous allegations. 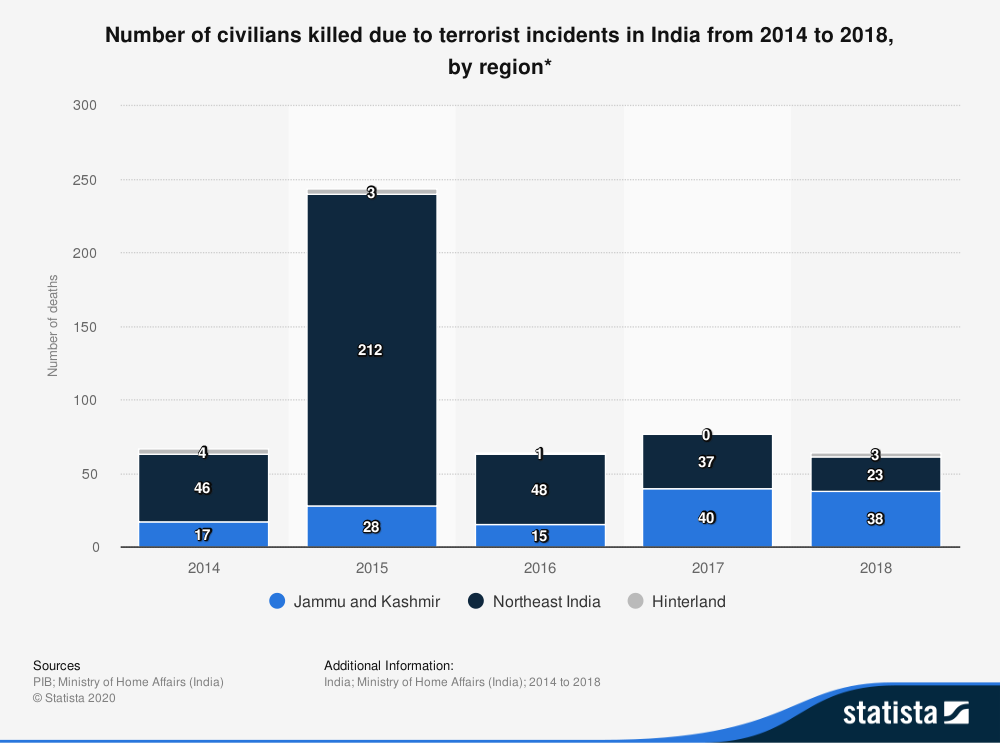 Human Rights activists in the region accuse the army officials of engaging in extrajudicial killings under the pretext of counter-insurgency operations in a bid to win awards from the government.

“Where did these weapons which were planted on the victims came from? Are these from the army or acquired from somewhere else? It questions the authenticity of the institution. Questions arise if there are more people like this,” said Guftar Ahmad Choudhury, a rights activist from Rajouri who has been following the case of the three victims.

“What kind of justice is there when forces meant to protect you are the ones who kill you and declare you a terrorist. Are they here to serve the country or to get cash rewards for killing innocents?” Choudhury said.

With more than half a million Indian security forces present in the region, allegations of extrajudicial killings have been rife in the disputed territory of Jammu and Kashmir, which is claimed by both India and Pakistan. The two countries have engaged in several large and small scale wars over the territory.

Until August 2019, the region enjoyed semi-autonomy under the Indian Constitution. The special status was revoked by the ruling Bhartiya Janta Party (BJP) led by Prime Minister Narendra Modi. The province was split into two federally administered territories, giving New Delhi direct control over the region.

Habeel Iqbal, a lawyer in south Kashmir’s Shopian district, has been pursuing cases of victims of the state excesses in the region.

“Impunity is provided to forces under different draconian laws, and they know they can get away with anything as they have been getting away with it in the past too. There is a systematic impunity beyond laws like the Armed Forces Special Powers Act.,” Iqbal told Zenger News.

“Even in this case, the culprits won’t be tried in any civil court. There will be a court-martial, and we know how weakly the army pursues cases against its own personnel. So even now when the captain is charged, there are minimal chances that there would be a recourse to justice.”

(Ayushi Malik contributed to this report.)