Taiwan and Thailand are also on the list, while Vietnam and Switzerland are tagged as currency manipulators. 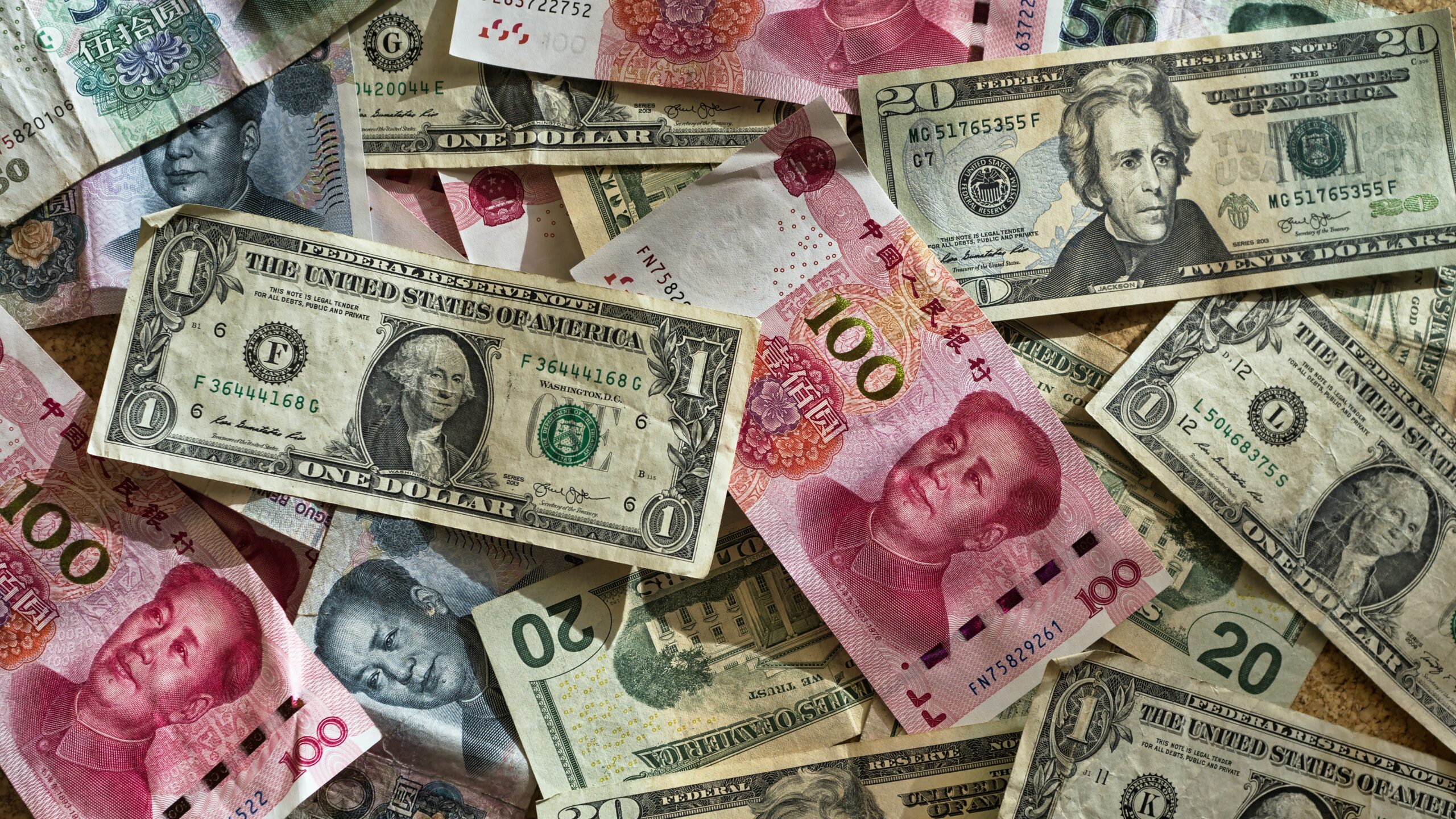 A major concern for the U.S. is the trade deficit with most Asian economies. A weaker local currency helps get more realization from exports, leading to more competitive prices. (Eric Prouzet/Unsplash)

KOLKATA — India, Taiwan and Thailand are the Asian economies most recently added to the United States’ currency manipulation watch list.

The three countries are on the “monitoring list,” which now includes China, Japan, South Korea, Germany, Italy, Singapore and Malaysia. Vietnam and Switzerland have been tagged as a currency manipulators. The countries are named in a U.S. Treasury report to Congress on Dec. 16.

Regarding Vietnam and Switzerland, the report states: “Treasury assessed, based on a range of evidence and circumstances, that at least part of its exchange rate management over the four quarters through June 2020, and particularly foreign exchange intervention, was for purposes of preventing effective balance of payments adjustments and, in the case of Vietnam, for gaining unfair competitive advantage in international trade as well.”

“For the U.S., the trade deficit with India should not be a cause of concern, especially with [president-elect] Joe Biden,” said Ajay Sahai, director-general of the Federation of Indian Export Organisations. “For the last 20 years, India had a trade surplus with the U.S. In the last three years, it has been shrinking as India is importing a lot of oil from the U.S.”

The U.S. uses three parameters for labeling an economy a currency manipulator: A trade surplus with the U.S. of more than $20 billion; a current account surplus (a broader measure of trade); and government purchase of dollars in the foreign exchange market of over 2 percent of the economy’s GDP. A country is on the monitoring list if it falls in any two of the three categories.

A major concern for the U.S. is the trade deficit with most Asian economies. A weaker local currency helps get more realization from exports, leading to more competitive prices.

The U.S. trade deficit with Vietnam increased by 11 percent to $7.6 billion between July and August — a 38.9 percent increase from a year earlier — prompting the Trump administration to investigate the currency.  Analysts say the president is likely to propose imposing tariffs on Vietnamese goods before he leaves office in mid-January,

The U.S. trade deficit with China, despite the Trump administration’s restrictions on Chinese goods, reached a record $419.2 billion in 2018. It shrunk to $345 billion in 2019, largely as a result of reduced trade flows, according to a report by the Brookings Institution. 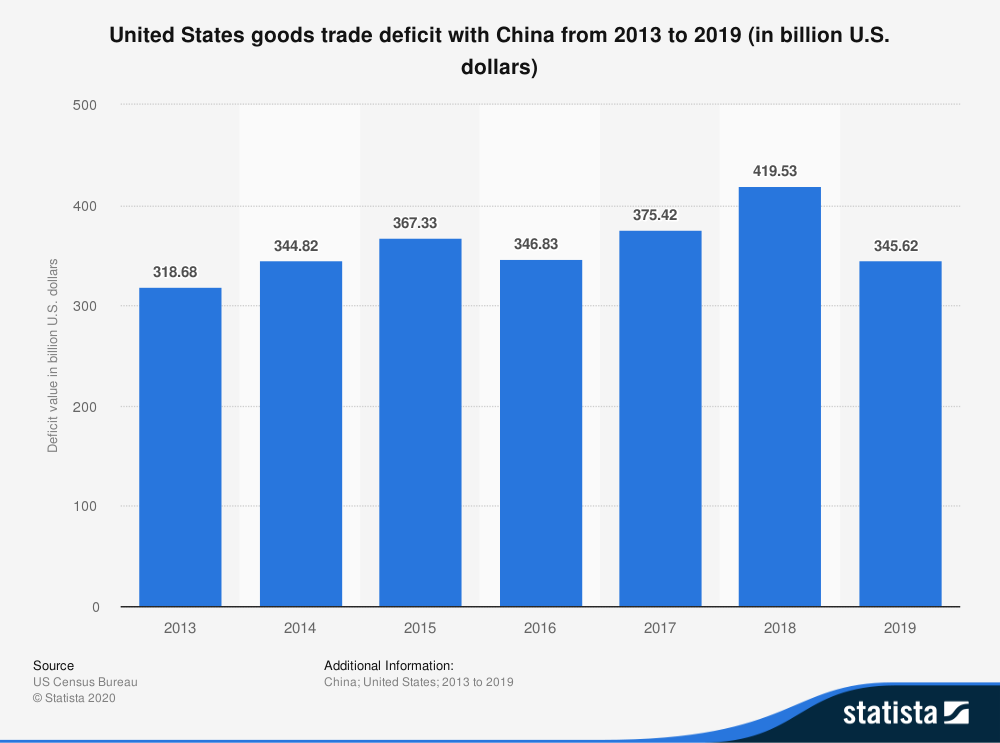 “It should be noted that, while the U.S. deficit with China decreased, its overall trade deficit did not,” the report states. “Trump’s unilateral tariffs on China diverted trade flows from China, causing the U.S. trade deficit with Europe, Mexico, Japan, South Korea, and Taiwan to increase as a result.”

Between January and October, the U.S. trade deficit with India stood at about $19 billion. According to the report by the U.S. Treasury, India’s net purchases of foreign currency was 2.4 percent of its GDP.

As of Dec 18, India’s foreign exchange reserve was nearly $538 billion, an increase of nearly $92 billion since February.

The rupee has been one of the worst-performing currencies in the world this year.

“This will be the third straight year of decline for the Indian currency. It is one of the worst years for the Indian rupee among its Asian peers. The fall in INR vs. the USD is despite record inflows from foreign institutional investors / foreign portfolio investors in the Indian equity market and other private equity investments. The regular market intervention by the RBI [central bank] to absorb the excess dollar flow is one of the reasons behind depreciating INR despite strong inflows,” he said.

India recorded foreign institutional investments of $9.6 billion in November, the highest in a single month. In October, the figure was $2.5 billion, according to data from brokerage firm Motilal Oswal,

Asian equities had the biggest foreign inflow in at least 12 years in November, analysis from Reuters states.

“According to stock exchange data, cross-border investors purchased a combined total of $17.5 billion in Indian, Indonesian, Philippine, South Korean, Taiwanese, Thai and Vietnamese stocks in November, the biggest since at least 2008,” the Reuters report states.

10 Things To Know About Tu B’Shvat

Republican Infighting Over Trump Brings Censures And Calls For Resignations

No Question That Pandemic Has Been A Boon To Quizzers