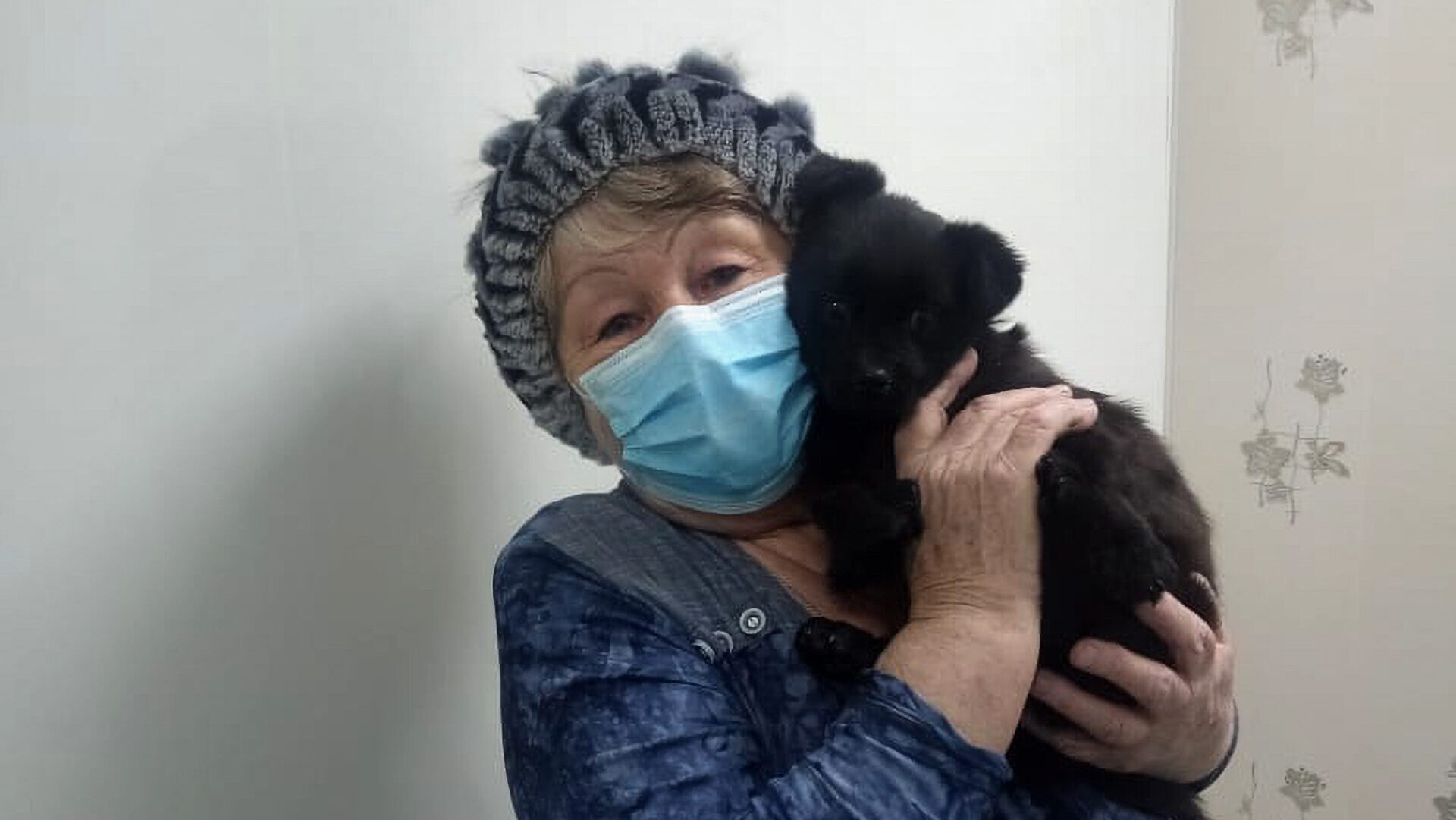 The additional paw makes it difficult to walk but it still manages, said the officials. (State Veterinary Service of the Trans-Baikal Territory/Newsflash)

MOSCOW — A puppy with five paws has been born in the Aleksandrovsky Zavod village of Russia’s Transbaikal region.

Veterinary officials from the same part of the region confirmed the incident.

The fifth paw of the black puppy starts at the knee joint and can move independently of the other.  The additional paw makes it difficult to walk but it still manages, said the officials.

The puppy has been named Kid by the owner Tatiana Terentyeva, who noticed the extra paw a few days after his birth.

“Despite the extra paw, he is very active, smart, and loving. I treat him like my baby, I pamper him a lot, and we are really very attached to each other now,” she said.

Kid was born along with two other siblings, who were healthy and normal unlike him. “He was one of three and I didn’t initially realize that he had an extra paw until a little while later,” said Terentyeva.

Due to Kid’s discomfort in walking properly, the vets advised the owner to remove the extra paw through surgery. They said the operation would be done without any risks to the pet’s life.

Terentyeva, though, had second thoughts and didn’t want Kid to go under the knife.

She felt that the operation could develop complications and the puppy could die under anesthesia. So, she felt it is best to keep him happy and natural.