Santa Muerte’s Cult: Everything Has a Price 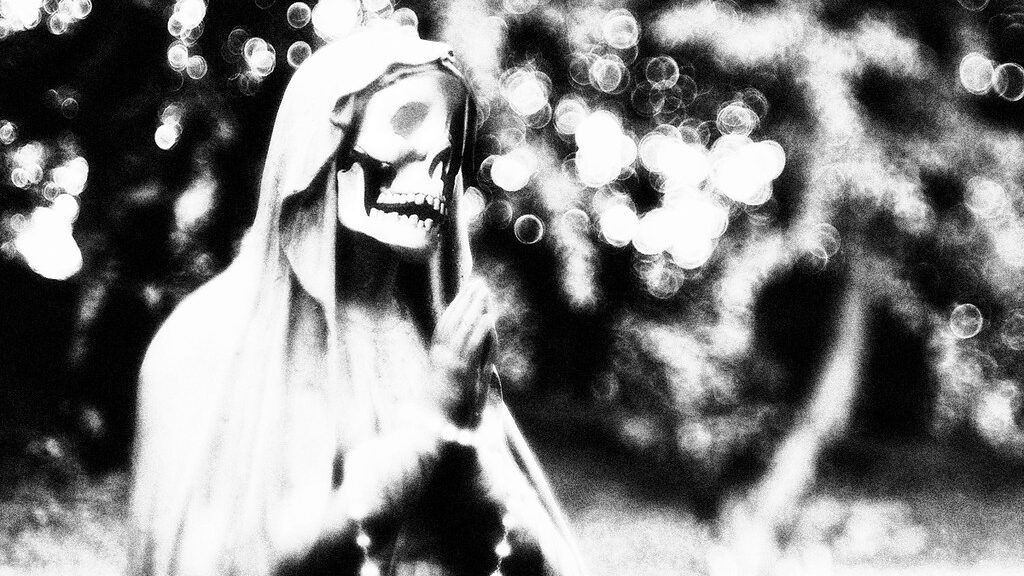 Despite criticism, believers feel a deep connection to and appreciation of Santa Muerte. They call her their mother, friend, or a life partner who has been present in critical times. (Photo by Latente/CC)

The Santa Muerte’s (Holy Death) cult is common in Mexico. This practice’s believers ask Her to fulfill their wishes. She does it in exchange for favors. Believers know this fact, and despite it, they worship Her devoutly. She “never fails them,” say worshipers. The cult to “the White Girl” goes back to ancient religious practices in Mexico.

In Mexico City, the neighborhood of Tepito has a large altar for all the Holy Death’s devotees. Attending it is controversial within Mexican society that frequently criticizes the Santa Muerte’s believers. Back in 1795, indigenous people from a town in Central Mexico worshiped a skeleton, various researchers say.

This practice was kept secret for almost two centuries and gained public strength in the 20th century, especially in areas with evident lack of resources and violence. More than five million believers worldwide are faithful to Her, worshiping her altars, offering gifts (candles, flowers, tequila, sweets, among other things) and silently sharing their prayers to thank for her benevolence. Usually, they promise to love and be faithful.

The believers of this cult involving tributes, gifts, and prayers are, on the one hand, low-income people or, in the other, drug dealers. Death would help them get out of poverty. However, in exchange, Santa Muerte’s devotees would be condemning their relatives, exposing them to the threat of leaving their homes without return. But all this is not perceived as dangerous by her devotees. On the contrary, they are grateful for what She gives them, and they know that everything has a price.

Santa Muerte’s sculptures are common in people’s homes. Believers wear large tattoos portraying Her. The images are visual warnings for non-fanatical believers to decide if they skip someone or even compare this person’s beliefs with their own.

Despite criticism, believers feel a deep connection to and appreciation of the image. They call Santa Muerte their mother, friend, or a life partner who has been present in critical times. When believers have needed her, they have prayed, solving their problems as a consequence. They carry Santa Muerte everywhere: as a pendant, an image, a tattoo, a sculpture, a stamp on their clothes, or a sticker in their cars in sign of retribution and gratitude. Her image will remind them that what they experienced was real. It will also help them transmit her message for others to fully trust Her, as Santa Muerte will hear their wishes as long as they do not refuse Her and believe.

She will be there for you.