Officially, Pakistan maintains that it will not recognize Israel until resolution of the Palestine conflict.
By Raza Hamdani December 31, 2020
Facebook
Twitter
Linkedin
Email 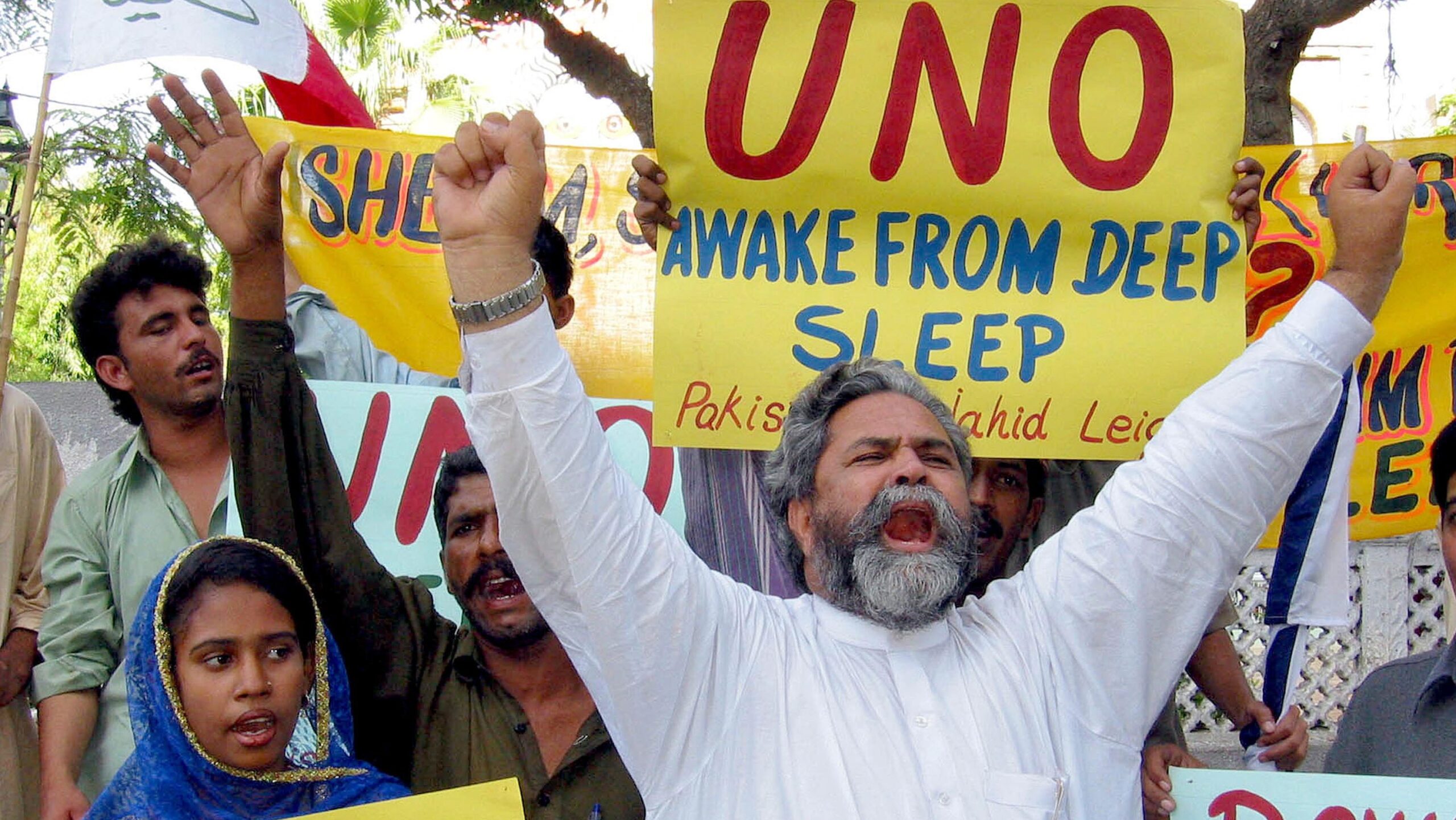 ISLAMABAD — Amid rumors that Islamabad secretly sent a messenger to Israel last week, Pakistan denies that it is moving toward recognizing Israel.

Pakistan has maintained the stance that it will not recognize Israel until the Israeli-Palestinian conflict is resolved.

During his two-day visit to the United Arab Emirates last week, Pakistan’s Foreign Minister Shah Mahmood Qureshi said that he made his country’s position clear.

“We will not and cannot establish a relationship with Israel until a concrete and permanent solution to the Palestine issue is found,” Qureshi told reporters on Dec. 21 from his hometown of Multan. Meanwhile, reports circulated in the Israeli press that an aide to Prime Minister Imran Khan had secretly carried a message from Khan to Israeli officials. Khan said such a meeting did not happen.

Meanwhile, Qureshi denied any pressure from Saudi Arabia and its ally the UAE to recognize Israel.

“I explained to the UAE counterpart the depth of emotions and feelings Pakistanis have about Palestine and Kashmir,” he said. “There will be no pressure on us, nor is there. We have to make decisions keeping in mind our interests. We have a very clear policy.”

However, in a TV interview on Nov. 12 Khan said that Islamabad had been under pressure from some “friendly” nations to recognize Israel. He did not name the countries, but some analysts believe he meant Saudi Arabia and the UAE.

“The pressure is because of Israel’s deep impact (influence) in the U.S. This (influence) was in fact extraordinary during Trump’s stint,” he said. 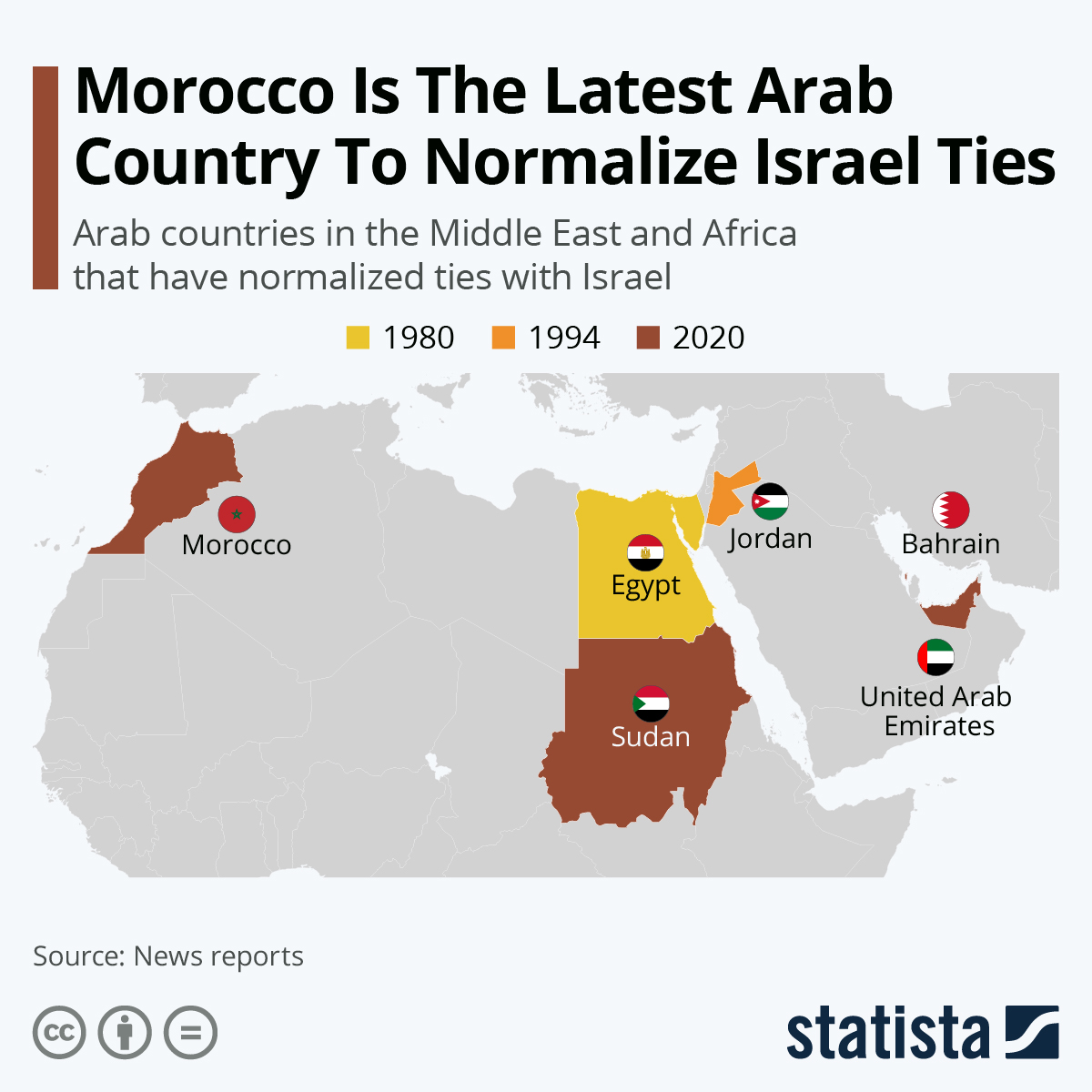 Haroon Rashid, editor of Independent Urdu, said that Pakistani government officials, including the prime minister, are denying any plans to normalize ties with Tel Aviv, but pro-establishment journalists support the idea.

“If you look at the interview of journalist and analyst Ahmed Qureshi, he has been supporting recognizing Israel,” Rashid said. “Like him, there are other journalists who are supporting diplomatic ties with Israel, though not as openly, which shows that they are getting a line from the powerful quarters of the country.”

Pakistan has long indicated that normalization of ties with Israel is linked to a peace agreement with the Palestinians.

Reports of covert contacts between Israeli and Pakistani officials over the years, including a 2009 WikiLeaks document, reveal that a high-ranking official in the Pakistani army met with Mossad, the Israeli national intelligence agency.

Publicly the two nations have little to do with one another.

Maulana Ajmal Qadri, a former leader of the Sunni political party Jamiat Ulema-e-Islam, claimed on Dec. 24 that he was sent to Israel duirng the tenure of former prime minister Nawaz Sharif.

“It was a kind of study tour,” Qadri said, without specifying the year of visit. “I met senior officials of the Israeli foreign ministry and cabinet members during the visit.”

He said that the foreign ministry wanted to know whether Pakistan could develop relations with Israel and whether such a relationship would be in Pakistan’s favor.

“Actually, the trade affairs came under discussion the most because Pakistani textiles [brands] are very popular among Israelis,” Qadri said.

Qadri said he met with Sharif twice following his visit and found the former prime minister “very passionate” about developing a relationship with the Jewish state.

Secret ties between Israel and Pakistan made headlines another time, on Oct. 25, 2018, when Israeli journalist Avi Scharf tweeted that an Israeli jet traveled to Islamabad from Tel Aviv and remained on the ground in the Pakistani capital for nearly 10 hours. He said the jet made a brief stopover in Amman, Jordan, on the way because it got a new call sign and became an Amman-Islamabad flight.

“The aircraft bearing tail number M-ULTI landed in Islamabad on Oct. 24 at 5:40 a.m.,” he tweeted, citing data of flight tracking website flightradar24. “The plane descended from 40,000 feet to 20,000 feet near Islamabad before going out of coverage. The aircraft reappeared 10 hours later heading southwest from Islamabad. It followed the same flight path for the return journey, making a landing in Amman and then taking off for Tel Aviv.”

The Pakistan government denied these reports.

Analyst Aamer Ahmed Khan said that there is no harm in having diplomatic ties with Israel, but the religious elements in Pakistan would not allow it.

“The religious elements call Pakistan ‘the fort of Islam,’ and how can they even think of accepting normalization of ties with the Zionist country,” Khan said. “Accepting Israel will be a political death of any political party. Even all-powerful [retired] army chief [and former president] Gen. [Pervez] Musharraf could not dare to take a step in that direction.”

During Musharraf’s tenure, a brief meeting was held between Foreign Minister Mahmood Kasuri and his Israeli counterpart in Istanbul in September 2005.

“Israel had termed the meeting ‘historic and a huge breakthrough,’ but it was severely criticized in Pakistan,” he said.

When Musharraf was invited to address the American Jewish Congress in New York in September 2005, he was surprised when he received a standing ovation.