Separated from her mother, the newborn calf is too weak to even swim properly. 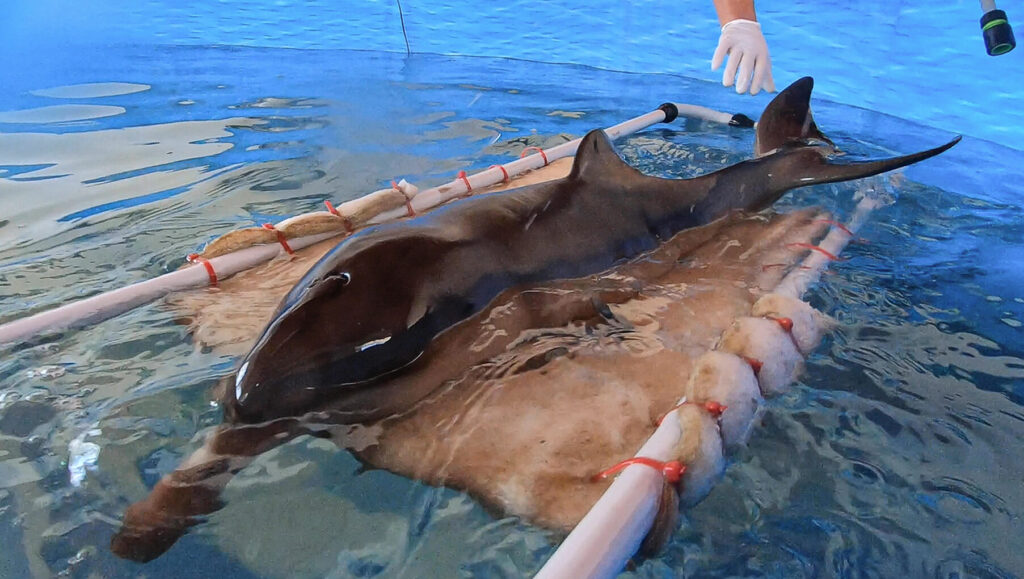 After being rescued, the calf was taken to the rescue center, where it was said to be weak and struggling to survive. (Mundo Marino/Newsflash)

BUENOS AIRES — A dolphin calf was rescued by the members of the Ecological Foundation Pinamar and Mundo Marino Foundation at a resort town of Carilo beach in the eastern Argentine province of Buenos Aires.

At the time of rescue, the female calf weighed just four kilograms (8.8 pounds) and was 68 centimeters long (26.7 inches). It also had its umbilical cord attached to it.

The new-born Franciscana dolphin (Pontoporia Blainvillei), also known as the La Plata dolphin, is listed as one of the vulnerable species by the International Union for Conservation of Nature. It lives along the coast of southern Brazil, Uruguay, and Argentina only.

After being rescued, the calf was taken to the rescue center, where it was said to be weak and struggling to survive.

Along with this calf, two other dolphins were rescued from Nueva Atlantis and Las Toninas parts of Argentina coast. “Only the last dolphin (found in Carilo) is still alive, and from previous experiences, they warned that its chances of surviving are also very low,” said Mundo Marino Foundation in a press statement.

Once the young dolphins get separated from their mothers, their chances of survival reduce drastically as they need constant breastfeeding.

“The most likely explanation for the baby dolphins being stranded on the beaches is that the mums get caught in fishing nets. In fact, the discovery of female adult animals in fishing nets reinforces that hypothesis,” said Pablo Denuncio, a doctor in biological sciences and researcher at the National University of Mar del Plata.

The foundation has alerted the people not to force an animal, who has been stranded on the coast. “Do not try to reintroduce it to the sea because the stranded animal is weak and things could get worse,” said the foundation officials.