The operation was part of a crackdown on greyhound poaching and abuse.
By James King December 30, 2020
Facebook
Twitter
Linkedin
Email 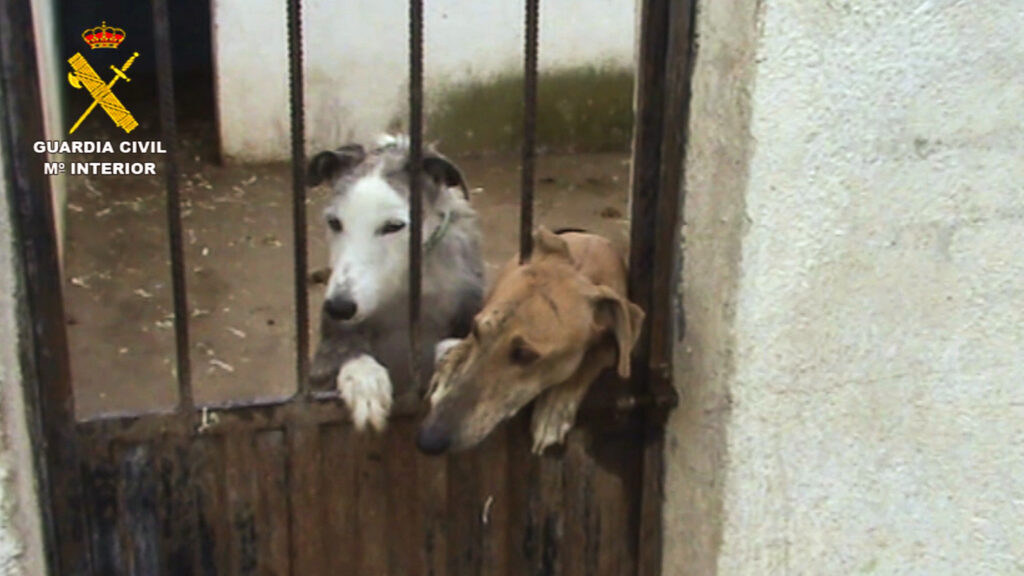 A veterinary report of the secret kennel showed the animals were suffering from a variety of ailments, including wet dermatitis, periodontal diseases, otitis and parasites. (Spanish Civil Guard/Newsflash)

PARLA, Spain — The now-former owner of 100 dogs is facing criminal charges after law enforcement authorities in Spain uncovered the appalling conditions of his clandestine kennel.

The canines, which included greyhounds and other hound breeds, were rescued from the illegal center located in Parla, about 12 miles from the capital city of Madrid, following an investigation that began on Nov. 18, the Spanish Civil Guard announced on Dec. 21.

Local officials inspected the facility last month and detected a number of infractions, including its lack of a zoological license. Authorities then conducted a more thorough inspection on Dec. 20, during which veterinary reports showed the animals were suffering from a variety of ailments, including wet dermatitis, periodontal diseases, otitis and parasites. The reports also confirmed five other dogs had died from such illnesses due to the absence of medical care.

The owner of the dogs, an unidentified Spanish national, was then arrested for animal abuse and is due to appear before an investigative judge in the coming months.

The operation, part of a campaign to combat greyhound poaching and animal abuse, was carried out in coordination between the Spanish Civil Guard, the Nature Protection Service of the Civil Guard of Madrid, the General Directorate of Animal Rights of the Ministry of Social Affairs and Agenda 2030 and the Department of Animal Welfare of the Parla City Council.

It was not immediately clear where the rescued dogs will be taken.

Spain has a long history of mistreating greyhounds, which are often used as hunting dogs, according to the International Society for the Prevention of Cruelty to Animals.

A widespread hunting tradition in the country involves torturing and killing around 60,000 greyhounds per year. The animals are repeatedly abused and starved by hunters each hunting season, as it is believed longer suffering will yield a more prosperous season the following year.

Groups such as SOS Galgos and Galgos del Sur have also estimated that 150,000 animals are abandoned in Spain each year, one-third of which are greyhounds.