“Everybody in my family thought that anything that [Floyd] achieved was achievable. That’s how talented he was.” 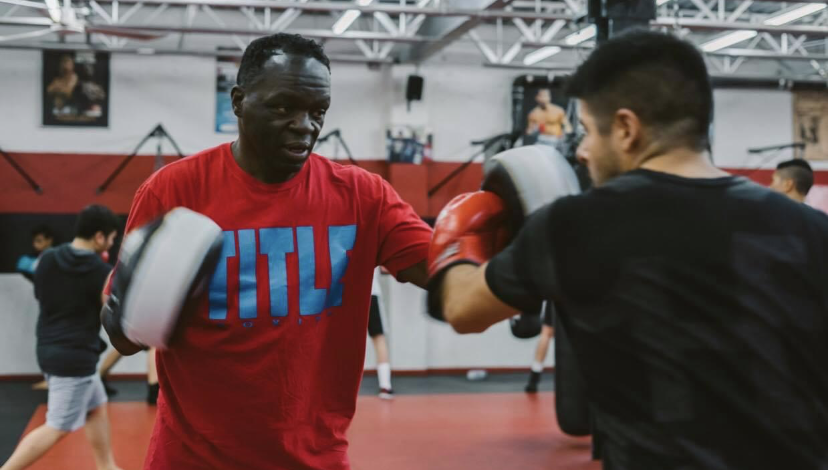 Trainer and onetime champion Jeff Mayweather is a prominent member of one of the great dynasties of American boxing. The Mayweather clan includes two other former champions or title challengers who became world-class trainers. Its most storied member, Floyd Jr., will be inducted into the International Boxing Hall of Fame — an inevitable tribute to his perfect 50-0 career. Jeff, Floyd Jr.’s uncle, held the IBO junior lightweight championship title from 1994 to 1995 and has trained several champions. In a conversation with Zenger News, Jeff Mayweather, 56, recalls how the family knew Floyd Jr. was destined for greatness, voices concern about boxing legends competing in exhibitions, shares his thoughts on this year’s Hall of Fame inductees, and talks about the growth of his Mayweather Boxing Channel on YouTube.

Zenger News: How have you been, Jeff?

Mayweather: Good, man! I’ve been staying busy. Been tested (for COVID-19) about six or seven times. I have been blessed in that aspect because every time it came back negative.

Zenger: I take it those COVID tests are something you never get used to. Thankfully, I haven’t had to have one yet, and hopefully it stays that way.

Mayweather: (laughs) Well, I put it to you this way: If you get one, you ain’t gonna want another one. They put that swab all the way up in your forehead (laughing).

Zenger: How has it been adhering to all the rules and regulations while trying to prepare fighters for fights and just doing the everyday training rituals?

Zenger: Staying busy as a trainer during these times is a great problem to have. What all do you have going on?

Mayweather: I’ve been staying busy. I’m fortunate that there is a lot of people that want to train with me. It’s almost to the point where I’m going to have to start turning people down. And that’s a blessing as well because there are some people who aren’t working. That’s what I do. I go to the gym and people reach out to me on social media and I just tell them, “Show up. Show up with some money and let’s work” (laughing).

Zenger: Congratulations on the growth and the success of the Mayweather Boxing Channel on YouTube as well. You were one of the people early on presenting your own content on YouTube instead of giving your tips away to content creators.

Mayweather: Thank you! The most important thing for me is, I don’t have to become a character. I’m myself. If you like it, great. If you don’t, that’s fine too. But I am who I am and that’s who you’re going to get. Anytime you turn to my channel, you’re going to get the real me.

Zenger: Your content seems to be spontaneous on most occasions. How do you gather ideas for what you’re going to put on your YouTube channel?

Mayweather: (laughing) Actually, we just go right off the head. We will go to the gym and it’s like, “Hey, what about this?” Sometimes I give suggestions from fans that are on the channel. And of course, they want to see that I took whatever they said and used it. That makes them feel good. A lot of the content is not really my content. I’m the face of the channel and I just love to have fun. But a lot of the content is through [Mayweather Channel associate] Jody [Kohn]. He will always bring it to me and ask, “What you think about this?” If I like it, I’ll say, “Yes,” and if I don’t, I’ll say, “No.” I just like the fact that I can be myself and don’t have to be a character to get views or anything. I’m like this. If you don’t like me, that’s fine. Everyone didn’t like Jesus Christ.

Zenger: You texted me some footage of one of your old fights — great knockout win that you had during your fighting days. We’re not going to get a “Jazzy” Jeff Mayweather ring return, are we?

Mayweather: (laughing) No, indeed not. That’s not going to happen.

Zenger: What are your thoughts on the exhibitions and what Mike Tyson and Roy Jones were able to do?

Mayweather: Me myself, this legends stuff that they are doing, I don’t really like it. I don’t really like it because I feel, after you turn 50 years old, you have no business getting in the ring. I don’t care who it’s against. I think the things that can happen at the age of 50, I think can stick with you for the rest of your life. The one thing is this: When I’m 20 years old, I can jump off of a roof, I may be sore for a few days. At 50, if I jump off of a roof, my damn leg will be hurting for the rest of my life. It’s great to have these guys be able to make money doing the only thing a lot of them know what to do, because there’s a whole lot of fighters that don’t know what to do other than box. Now, it’s almost like the floodgates have reopened for them. But at the same time, I think that once somebody gets hurt — I’m talking about really hurt — that’s going to be the end of it.

Zenger: I’ll play devil’s advocate and say, what about it doing 1.3 million PPV buys — and I understand it was Mike Tyson, and every fighter doesn’t have the ability to draw like Tyson — but what about it encouraging retired fighters to get back in shape?

Mayweather: My take on it is this: When they mentioned the fight with Tyson and Roy, the first thing that came to my mind instantly, I don’t want to see nobody get hurt. I didn’t care about the results of the fight or any of that. I just didn’t want to see anybody get hurt. And I think that if somebody gets hurt, it’s going to be the end of it, because first of all, you’re taking a risk. It’s only supposed to be an exhibition. Even though it’s an exhibition, people don’t really care about seeing no exhibition. They want to see two people that when they step in that ring, it’s going to be a real fight. But it is supposed to be an exhibition, and I think that’s why the fight ended as a draw between Tyson and Roy. Nobody did anything spectacular enough to where you can say, “Hey, this guy should’ve won.” The right thing to do was to say, it’s an exhibition, so let’s call it a draw.

Zenger: I had some people hitting me up predicting what round the knockout would happen in and asking my prediction because they thought it was going to be a real fight. So, to a degree, there is no separation for some.

Mayweather: The one thing is this: For fighters, training and all that is like riding a bike. You jump on YouTube and you look like you can knock down a building. You can’t knock down no building. You probably can’t even knock down a trash can. Perception is not always what it is. But people see Mike Tyson and they see how he’s almost knocking out his damn trainer. They were like, “Whoa, oh, my God, he’s going to kill Roy.” When both guys stepped in the ring, after a few punches were thrown, those same two great fighters looked like 50-year-old men. That’s the difference between holding on to what you think a person can do and what a person can actually do at the age of 50. And that’s the thing: People just don’t realize that, at 50, you can’t do what you did at 20. You can’t do what you did at 30 or 40.

Zenger: It was inevitable, but your nephew Floyd Mayweather Jr. will be entering the International Boxing Hall of Fame. He seemed to be the only lock. He’s going in with Andre Ward and Wladimir Klitschko. James Toney, Miguel Cotto and Tim Bradley were left off. Your thoughts?

Mayweather: I think all three definitely deserve to be in. Wladimir ruled the heavyweight division for about eight to 10 years. Andre Ward remained undefeated throughout his whole career. Unfortunately, he didn’t fight all the fights out there. Unfortunately, he was one of the guys that allowed a lot of those guys to talk-talk-talk, and then not back it up. He’s one of those guys who I feel will never get the accolades that I feel he deserves. He’s a great guy, great fighter, very humble. And a lot of times that gets overlooked. He’s definitely one of the best fighters ever, I believe.

Zenger: Much like yourself, Ward never created a character. He could fight his ass off and he let that be his talking. And as you eluded to, sometimes that gets overlooked.

Zenger: You guys knew Floyd Mayweather Jr. was special at a very young age. He’s on the Mount Rushmore of boxing, not just a Hall of Famer. What was it about him that led you to believe he would become what he eventually became?

Mayweather: All this stuff that is happening, if you talk to, not just me, any Mayweather in my family, they will tell you that this was supposed to happen. And it was supposed to happen from Day One. It’s so funny because his dad … now Teófimo’s dad kind of reminds me of Floyd Sr. A long time ago, that’s what Floyd Sr. said: “My son is going to be the best fighter that ever stepped inside of a ring.” I put it this way: In terms of numbers, he is. Everyone got their own opinion of anything, but only numbers, he is. Of course, people take your character, and if they don’t like your character, they don’t like you. But Floyd Sr. was screaming, “My son is the best thing ever.” Same exact thing is happening with Teófimo. He is the exact same way. I even told him, “You remind me so much of my brother.” He was talking about fighting [Vasyl] Lomachenko with his son over a year ago. A year ago, his son didn’t even have that many fights at the time. He was like, “My son gonna kill that dude,” and here it goes. It happened. Those type of stories do happen, and they come to fruition. Everybody in my family thought that anything that he achieved was achievable. That’s how talented he was.

Zenger: What are your thoughts on Laila Ali and Ann Wolfe getting in the Hall of Fame as well?