As dog tends to his hurt friend, he's injured — but help is at hand.
By James King December 30, 2020
Facebook
Twitter
Linkedin
Email 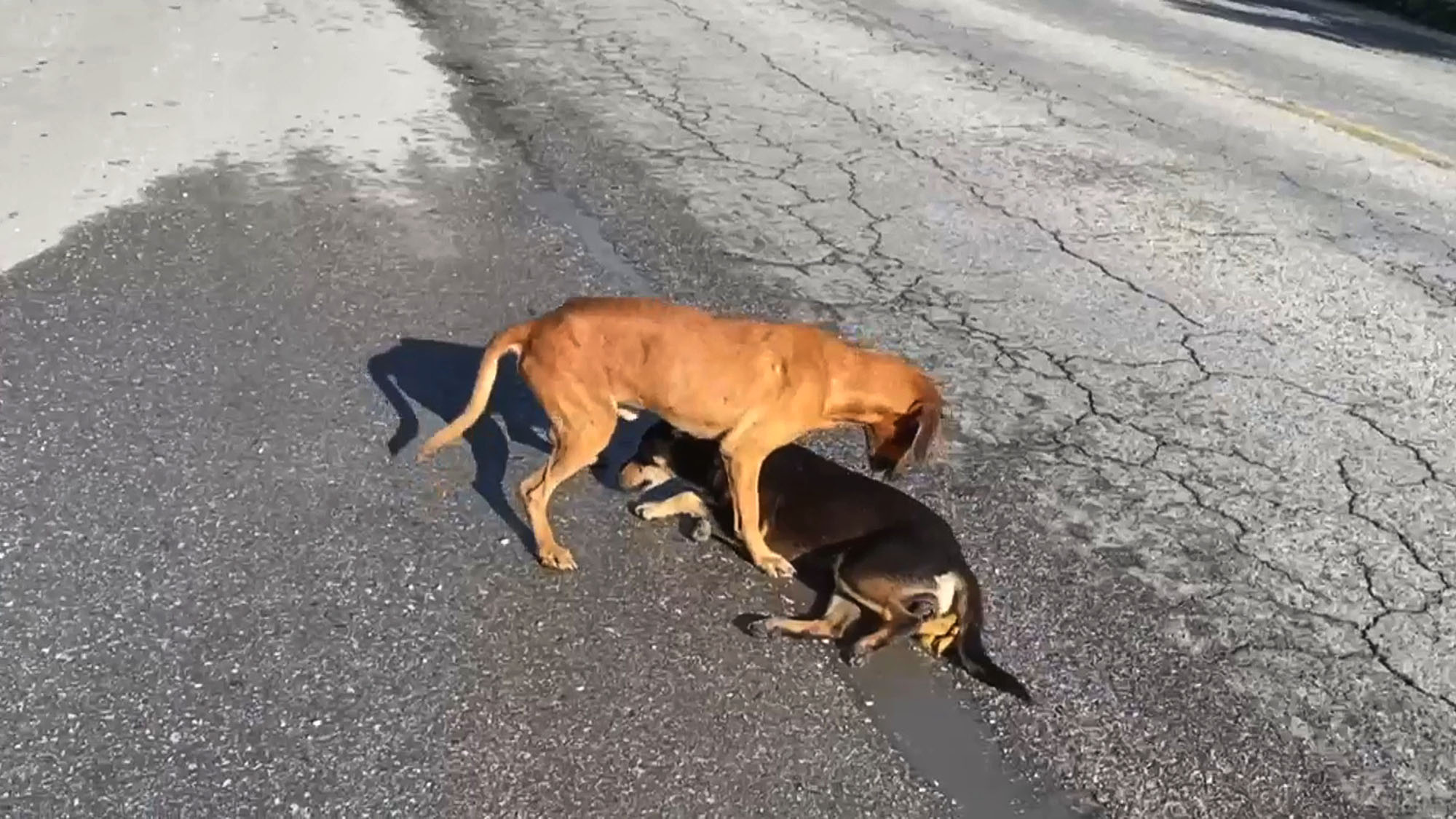 Ricardo Pimentel took two injured dogs he found on the street to the Tierra de Animales Shelter for Abandoned Animals, where they were treated for their injuries.(@ricardopimentelcordero/Newsflash)

CANCUN, Mexico — At the moment a dog is hit by a truck, after caring for his run-over canine friend, help arrived.

Both he and his female companion were rescued by a kindhearted couple who happened on the scene.

The incident recently took place near the resort town of Cancun, Mexico.

“We were driving along the road when we saw an injured female dog that had been run over, while her companion tried to help her. We got out of the car to help them, but in that moment, a truck passed and hit the other dog,” said Ricardo Pimentel, who took in 300 dogs at his home in October during Hurricane Delta, Zenger News reported.

The footage (BELOW) shows the brown dog caring for its injured pal on the side of the road.

As Pimentel tried to pick up the injured pooch in a blanket, the other dog walks into the road just as a truck approaches.

The brown pooch was reportedly hit by the truck, but wasn’t as badly injured. The couple managed to get both dogs in the back of their van.

They took the dogs to the Tierra de Animales shelter for abandoned animals, where they were treated for their injuries.

“It was really lucky because nothing happened to the brown dog, at least nothing serious. The dogs are currently in good health and receiving excellent care at the shelter,” he said.

Volunteers are trying to find the dogs a new home.

Pimentel also criticized the truck driver for his “lack of empathy and decency” after hitting one of the dogs and driving off.

He asks anyone with information on the incidents  to come forward, so a complaint can be filed against the driver.