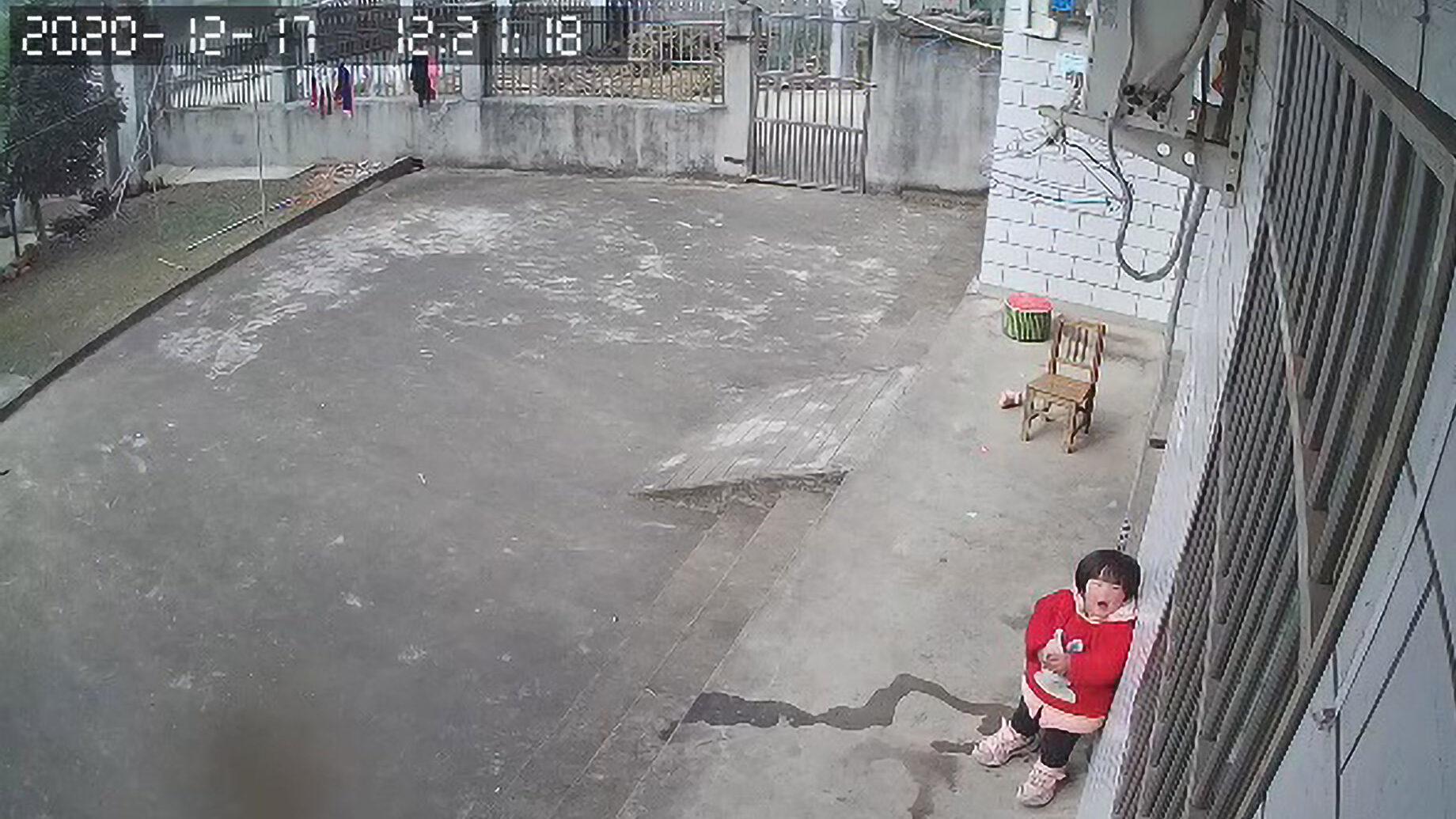 ANQING, CHINA — In a heartbreaking incident, a little girl in China was captured pleading on CCTV camera to send her parents back home.

For the little girl, the computer camera is the only means to communicate with her parents, who work in Wuxi. So, when she spotted the CCTV camera in the courtyard at her grandparents’ home, she started shouting “dad” hoping that her father might appear as she was lonely. This highlights the social issue of left-behind children in China.

In a video, the little one can be seen mumbling something before calling out “Papa” & “Momma”, and keenly looking at the camera to get a response from her parents.

The girl lives with her grandparents in Anqing, a prefecture-level city in southwest Anhui province of China. It is located on the northern shore of the Yangtze, the longest river in Asia. Its population was 5.3 million as per the 2010 census.

The girl has been communicating with her parents via a computer camera through online chats.

The footage of the little girl calling for her father quickly went viral, and her dad identified only by his surname Chang was tracked down. He promised that this year he would be going home earlier with his wife to visit their daughter.

He said, “The two of us work in Wuxi, and we miss her very much as well. I sometimes look at the CCTV camera and realize that she wants to communicate with us. Sometimes, when she gets sweets, she climbs up and tries to offer them to us through the camera so that we can share them.”

“I feel very helpless whenever I see this. Due to the long travel distance (426 km) between Wuxi and Anqing, we don’t often go home. But this year, we have decided to go home early,” local media quoted Chang as saying.

Wuxi is a city in southern Jiangsu province in China and is an almost five-hour drive away, from where his daughter is living. Chang said that this year they would not wait until the Chinese New Year to go home but instead would go home earlier.

Internal migration from rural parts of the country to big cities in search of employment has forced millions of children in China to stay away from their parents.

There are 69.7 million of these left-behind children in China, researchers whose work was published in the journal PLoS ONE concluded. Considering the factors such as income, availability of accommodation, schooling, the migrants majorly from rural areas decide to leave their children back home in the custody of grandparents, thus creating a potentially vulnerable subpopulation of left-behind children in both rural and urban areas.

The parental migration has also affected the overall growth and development of children. Many studies have reported that LBC were more likely to be stunted or underweight when compared with other children. A systematic review and meta-analysis of these studies done from 1994 to September 2018, 82% of which were conducted in China, found that, compared with non-left-behind children, left-behind children had a significantly increased risk of wasting and stunting, but a similar risk of underweight and anemia.

Wasting, which means low weight for height, is a strong predictor of mortality among children under five.

Though in most cases, it is inevitable for parents to migrate in search of a better life leaving their kids behind, it is equally important that they visit their children frequently to fill the void in their lives.