Why Does Latin America Celebrate Their April Fool’s Day in December?

The sad story behind one of Latin America’s most fun days. 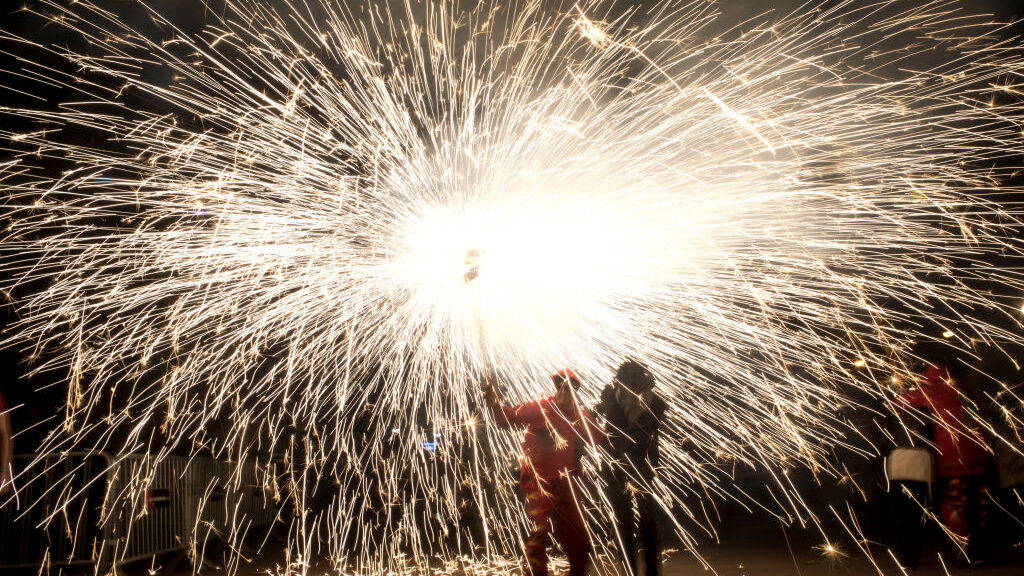 People dress as devils dance in the street under fire torches during the festival on December 28. People dance and perform in the streets with fire torches to mark the Day of the Innocents, in this instance in Barcelona. (Photo by Chris McGrath/Getty Images)

One of the most awaited celebrations in Latin America is the Día de Los Santos Innocentes, or “Day of the Holy Innocents,” which occurs every year on Dec. 28.

Just like Americans do during April Fool’s Day, Latinos pull practical and elaborate jokes on one another during the holiday. Tradition dictates that, whenever someone makes a successful joke, they must say, “Innocent little dove, that let yourself be fooled.”

While the holiday has a sad origin, it is now a day full of laughter. It dates back to Biblical times, with its name coming from the innocent babies that King Herod ordered to die in Bethlehem. Herod was afraid of baby Jesus, the awaited Messiah, and was terrified of losing his throne as king of Judea, as the Wise Men’s prophecy stated that, “Yea, all kings shall fall down before him: all nations shall serve him.”

The Day of the Holy Innocents: between yesterday and today

Nowadays, people await Dec. 28 to have a good laugh, enjoy black comedy, false news, and practical jokes. Originally, the day marked the Catholic feast of the “Innocent Children,” made to mourn the innocent blood spilled on Herod’s orders. Over time, the tragic aspect disappeared, and child-like mockery and fun began.

“On this date, people usually come looking for things to use in their jokes, within reason. Some people with a knack for heavy-handed jokes would buy garlic-flavored gum or chili powder. The powder is one of the most dangerous ones, as people can hurt themselves by over-scratching,” said Miguel Angel Morales Lozano, owner of a props and costumes shop.

“Times change and people are trying more creative and heavier jokes. They will fake accidents, injuries, pregnancies, or even death! It depends on the person. Still, some people prefer the classics. For example, a ‘lost wallet’ that, when someone picks it up, all the neighborhood make a fuss about it or the good ole glued coin on the floor,” said Morales Lozano.

The Gospel of Matthew tells about the three Wise Men who came looking for the future King of Judea, Jesus Christ. King Herod was the ruler of Judea at the time. He told the Wise Men to let him know when they found the Messiah so that he could worship him. However, Herod, afraid of losing what power he had, ordered all Hebrew kids under two years old to be killed, in hope of killing the Messiah before he became King of Judea.

The Magi arrived at Bethlehem where they found baby Jesus, Joseph, and the Virgin Mary. Knowing well that Herod was a vile man, the Magi did not let Herod know that they had found Jesus. They left after leaving an offering of gold, incense, and myrrh.

An angel then warned Joseph and compelled him to escape towards Egypt to save baby Jesus. The family managed to escape Herod’s army, which was going town-to-town killing the infants and newborns.

The Catholic Church has since hidden the origin of the celebration to avoid remembering the bloodshed. Those children, who never got to grow up, can now live through the laughter and jokes of the day.

(Translated and edited by Mario Vazquez. Edited by Carlin Becker.)