Rising land prices have made affordable housing an unviable proposition for developers. 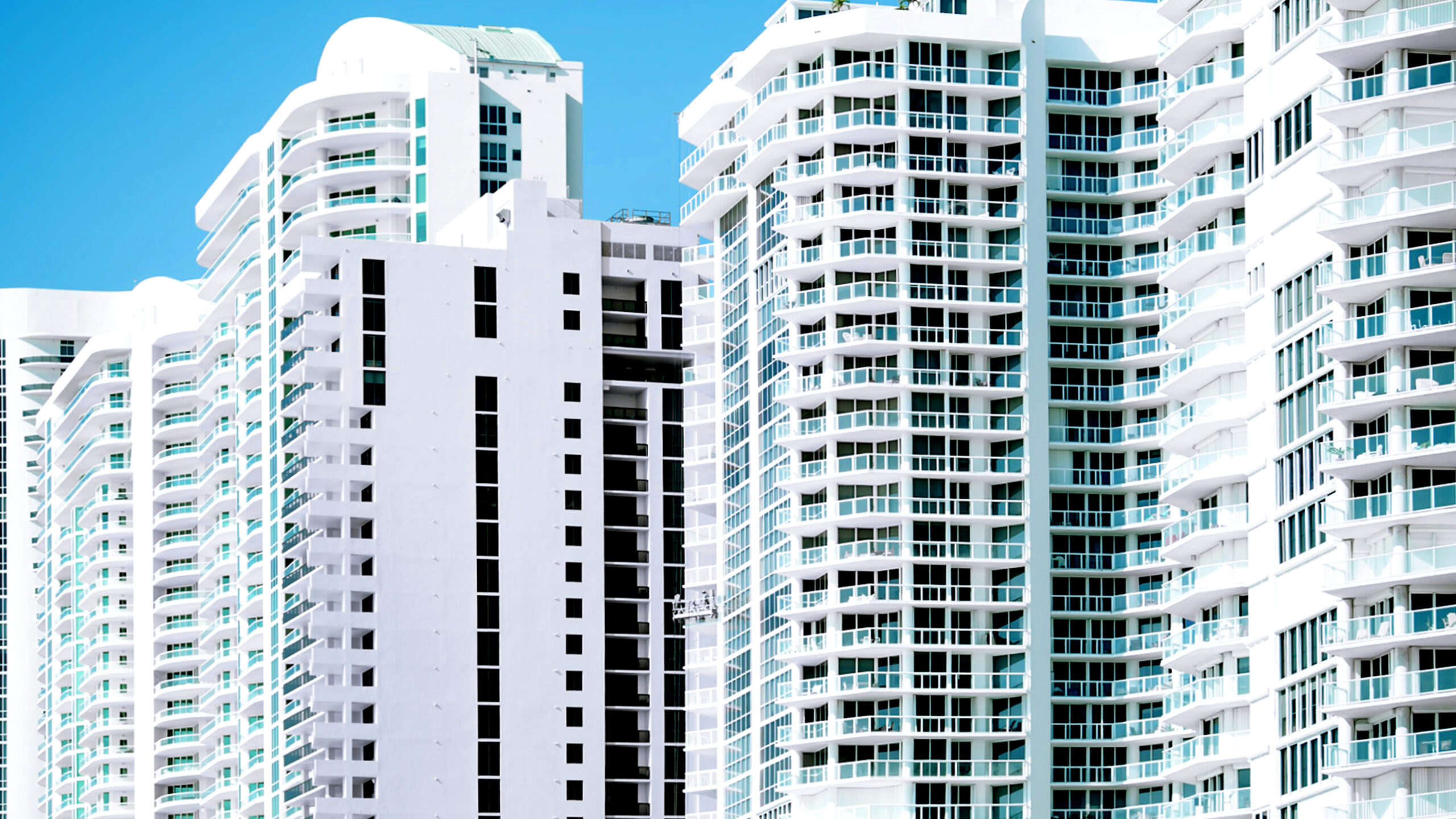 KOLKATA, India — India’s urban housing shortage rose 54 percent to 29 million in 2018, from 18.78 million in 2012, according to a recently published research paper.

The Indian Council for Research on International Economic Relations conducted the study, the results of which were published in a paper, “Housing For India’s Low-Income Urban Households: A Demand Perspective”.

“Urban housing shortage is a representation of the number of households without house or living in inadequate houses,” Debarpita Roy, author of the paper and Fellow at ICRIER, told Zenger News. “Unsatisfactory living conditions affect the household’s physical and mental welfare. Growing slums and such informal settlements could be considered as the evident result of housing shortage.”

Roy said the lack of housing was one of the pressing issues in the housing sector and that rising price of land often makes housing for poor an unattractive business.

Elaborating the lack of flexibility in our approach to housing solutions and regulatory framework, she said: “Challenges in urban housing sector are many. Suitable land for housing — particularly affordable housing, in our cities could be considered as the biggest challenge.”

The study also revealed that the estimated number of inadequately housed households in 2018 was 47.3 million or 41 percent of urban households. 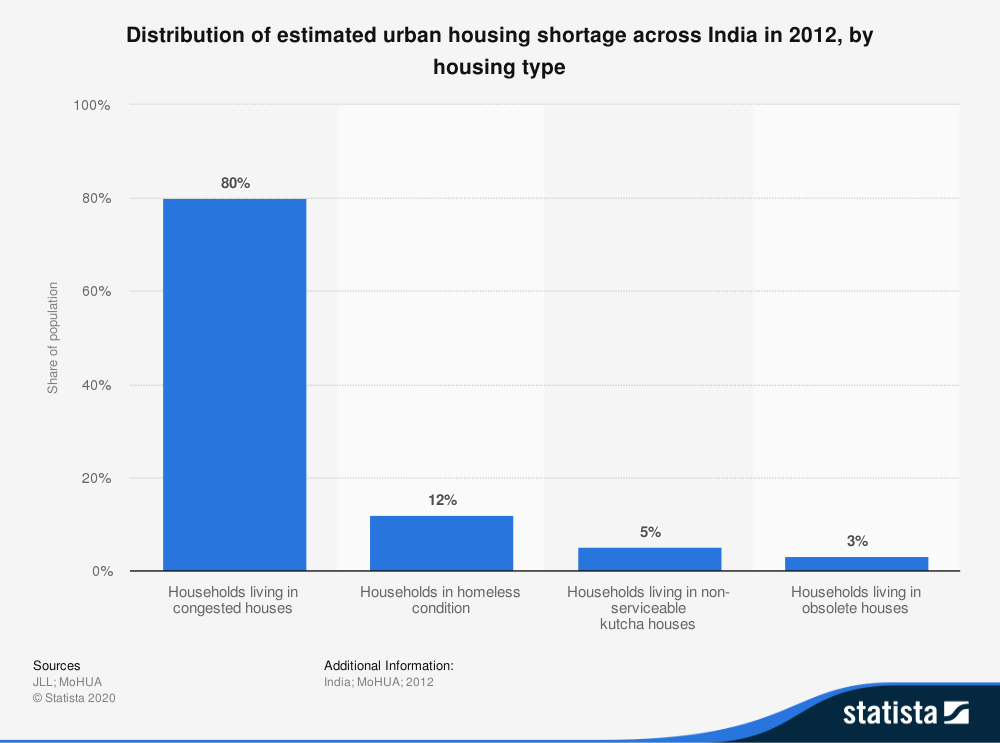 “The critical issue here is that what is produced is not demanded (high-value homes) and what is demanded is not produced,” Dr. Om Prakash Mathur, a professor of Urban Economics at the University of Toronto, told Zenger News.

“This is what the housing market is in India. This is why we have a surplus of 11 million homes and a shortage of 18 million at the same time.”

He added that congestion has led to severe social problems.

The recently published paper said there were 40.6 percent urban household shortage in the Economically Weaker Sections (EWS) 1 category. People who are below the poverty line fall in this category.

Currently, the Indian government recognizes people with a monthly income of INR 1,060 ($62) in rural areas and INR 1,290 ($75) in urban areas as people below the poverty line. 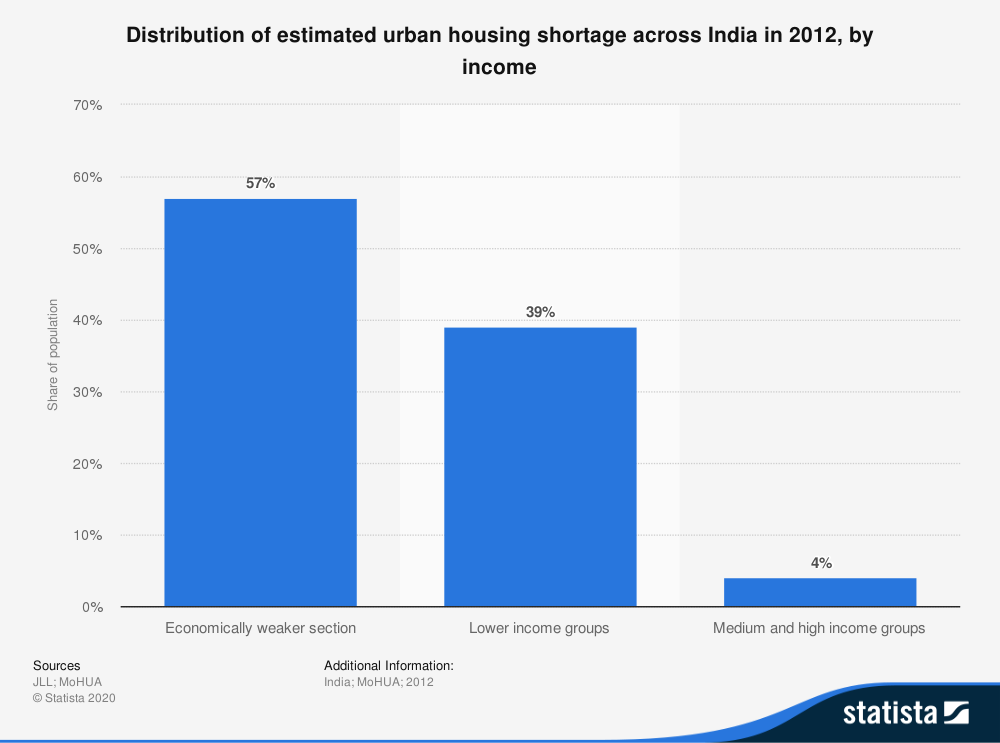 “There are enough houses for EWS households in our cities,” said Roy. “Development of affordable housing is not an attractive deal for builders. Very often, houses that are classified for EWS are affordable only to people from higher-income groups.”

People with lower income are also often reluctant to pay for more rooms to avoid congestion, according to the study.

“Congestion is accepted as a way of life and the lack of willingness to spend on additional rooms could be one of the reasons behind increasing congestion,” said Roy.

A third of India’s 1.5 billion population lives in urban areas, and the demand for housing is increasing daily.

“The real problem is the non-functional land market,” said Mathur. “For addressing the challenge of urban housing, one needs to look at the land market and the extent to which it functions like it would in an open or quasi-open land market.”

In 2015, Indian Prime Minister Narendra Modi had launched a scheme called the Pradhan Mantri Awas Yojana. The aim of the project was to address urban housing shortage among the low-income group (LIG) and middle-income group (MIG) categories, by ensuring a permanent house for all by 2022.

However, developers say building low-cost houses are not economically viable, given the high cost of land.

“The biggest problem is that the land value is quite high,” said Satish Magar, president of the Confederation of Real Estate Developers’ Association of India. “The cost of good materials is also very expensive. Unless the cost is subsidized, it does not become viable.”

Roy said the study shows that low-income households are willing to live in a compromised house than investing in housing.

“Outcomes of policy interventions targeted at enhancement of housing through construction of additional rooms or renting or purchase of another house might be sub-optimal due to this lack of willingness and may not have much of an impact in terms of beneficiary coverage.”

However, the nature of the movement was quite similar to that of the 2001 census report.

Suggesting some recommendations to tackle the problems at hand, Roy said: “Standalone housing policies are not the best housing solutions for low-income households, social rental housing for slum tenants and addressing housing inadequacy through enhancement of existing house can be some measures.”

«Previous Post
2020: A year of multi-million deals for Indian IT firms »Next Post
Afghan Women’s Rights Activist, Brother Gunned Down