Kodava Cuisine from Coorg is Distinct in Taste and Flavor

Wild plants, local herbs and spices make the cuisine of Coorg different from that of the rest of India. 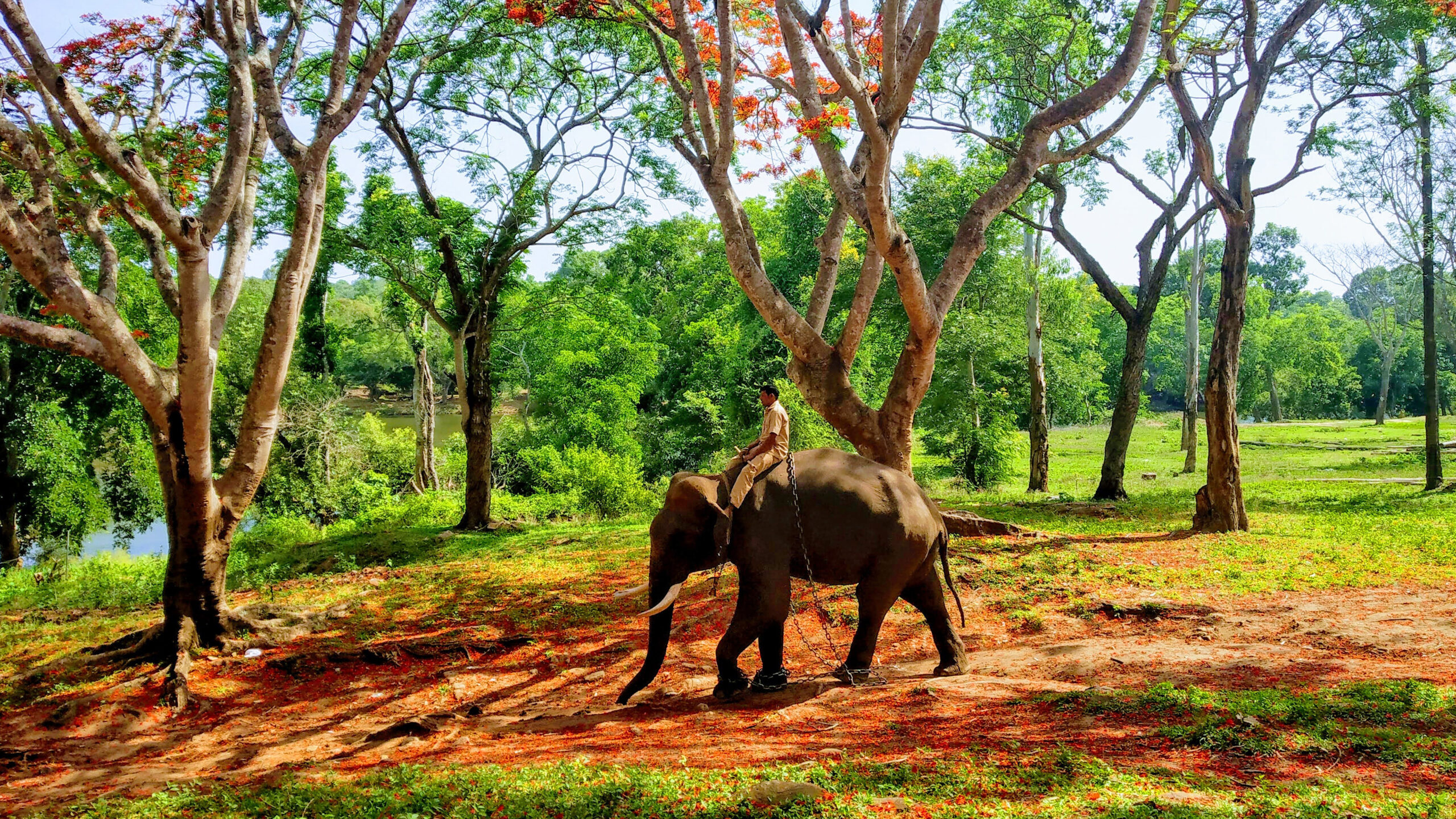 Coorg is known for its natural flora and fauna. (Photo credit: Neraimathi Karthikeyan for Unsplash)

Earlier this month, Michelin star chef and television show host Gordon Ramsay’s culinary escapades in India in early 2020, became a talking point on social media. Among the videos uploaded, was one where the celebrity chef whipped up the famed “Pandi Curry” – a throwback from his shoot in south India for the National Geographic show “Uncharted.” The cuisine featured was from Kodagu or Coorg, a hilly district in the state of Karnataka.

Known for its rolling green hills and forest areas, Coorg is distinct from its neighbors, as well as the rest of India, because of its unique culture, language, and food traditions. When India became a republic in 1950, it was recognized as a separate state, with a government. In 1956, with the States Reorganisation Act, Coorg was merged with Mysore State — now called Karnataka — as one of its districts.

Until two decades ago, the Kodavas (Coorgis) were demanding a separate state for themselves. Since then, however, the movement has tapered off with the Codava National Council having shifted its focus to demanding special constitutional rights and guarantees for the land and its people.

Due to Coorg’s landlocked mountainous terrain, the ingredients of Kodava cuisine are mostly indigenous and local. The result is a unique culinary heritage that has been honed over centuries.

“Kodava cuisine is unique because of its geographical location, abundance of naturally-available local ingredients and a cooking style that incorporates only what is available locally and is in season,” said Chef Praveen Anand, Executive Chef – South Indian Cuisine, ITC Hotels. “The cuisine is distinct because many ingredients available here are not found in other parts of south India.”

“The vegetarian dishes use jackfruit, colocasia leaves, yam, bamboo shoots, and horse gram with coconut, chilli and jaggery. Local black vinegar made from tamarind found in the hills adds a distinct flavor to the food.”

“The Kodavas or Coorgis were a people of farm and forest, the borders of which seamlessly blended with each other,” said Shanthala T Medappa from Coorg, who runs “Oink,” an eatery in Chennai famous for its pork-based delicacies like “pandi curry”.

“In fact, the farmer supplemented food from his farm with the bounties of the forest like venison, wild pig and wild fowl. Cuisine from Coorg depends very little on cultivated vegetables or reared-for-food animals.”

“Though there are various tribes living in Coorg, the same cuisine is found throughout the region. There is, however, a small group called the ‘Amma Kodavas,’ who are purely vegetarian.”

“The staple food of Coorg is the sannaki rice that grows in lush abundance in the region. And it was for the special variety of rice grown here that the Sultan of Mysore Hyder Ali and his son and successor Tipu Sultan are said to have attacked Coorg in the 1700s. Rice is used to make steamed delicacies like paputtu (fluffy steamed rice cakes with a crumbly texture) and desserts like thambuttu (a spherical sweet).”

“Food was eaten with the season in mind. During the monsoons, warming foods were eaten. The preserved game meat was placed on “bedheke” or wooden slatted frames over a cooking fire to dry and imbibe the flavor of wood smoke. A souring agent called khachampuli, extracted from the local kodambuli fruit, was added to meat dishes, and some vegetarian dishes too.”

Sangeetha R Cariappa, from Coorg, who lives in the UK, makes it a point to take back locally-sourced ingredients on her annual visits to her hometown.

“I carry back the famed Arabica coffee from Coorg, which has a unique mild flavor because it is grown in the shades of other trees,” said Cariappa. “Coorg is also famous for its pepper and cardamom plantations and both these spices are an integral part of the cuisine. Other than this, we prepare and take back homemade fruit squashes and wild mango pickles, both of which keep for ages, and allow us to taste a slice of Coorg even when we’re far away.”

However, with the world becoming a smaller place, and cuisines increasingly influencing one another, there is the concern that Coorgi cuisine is often not authentic anymore.

“With the shrinking of jungles, many wild fruits, edible and medicinal leaves and yams are no longer in great abundance,” said Medappa.“Several delicious wild mushrooms have become increasingly rare. However, one still manages to get bamboo shoots and wild mangoes, which are left to sour in their own juices.”

Villagers still grow their vegetables—some of these are matured and put away for use in the rainy season.

“There are yams like the “puthari,” ferns with tight pin curls called “theramethoppu,” that grow on the banks of streams, colocasia leaves called “khembe,” abundant greens of various varieties and the special medicinal leaves that appear only in the monsoon and are picked on the 18th day of the ‘kakkada’ month (mid-July to mid-August),” said Medappa.

Chef Anand though, sees little cause for concern. “I haven’t seen or noticed any external influence on the cuisine in recent years — either from other parts of India or abroad. The cuisine is still endemic to the region, and people living there.”