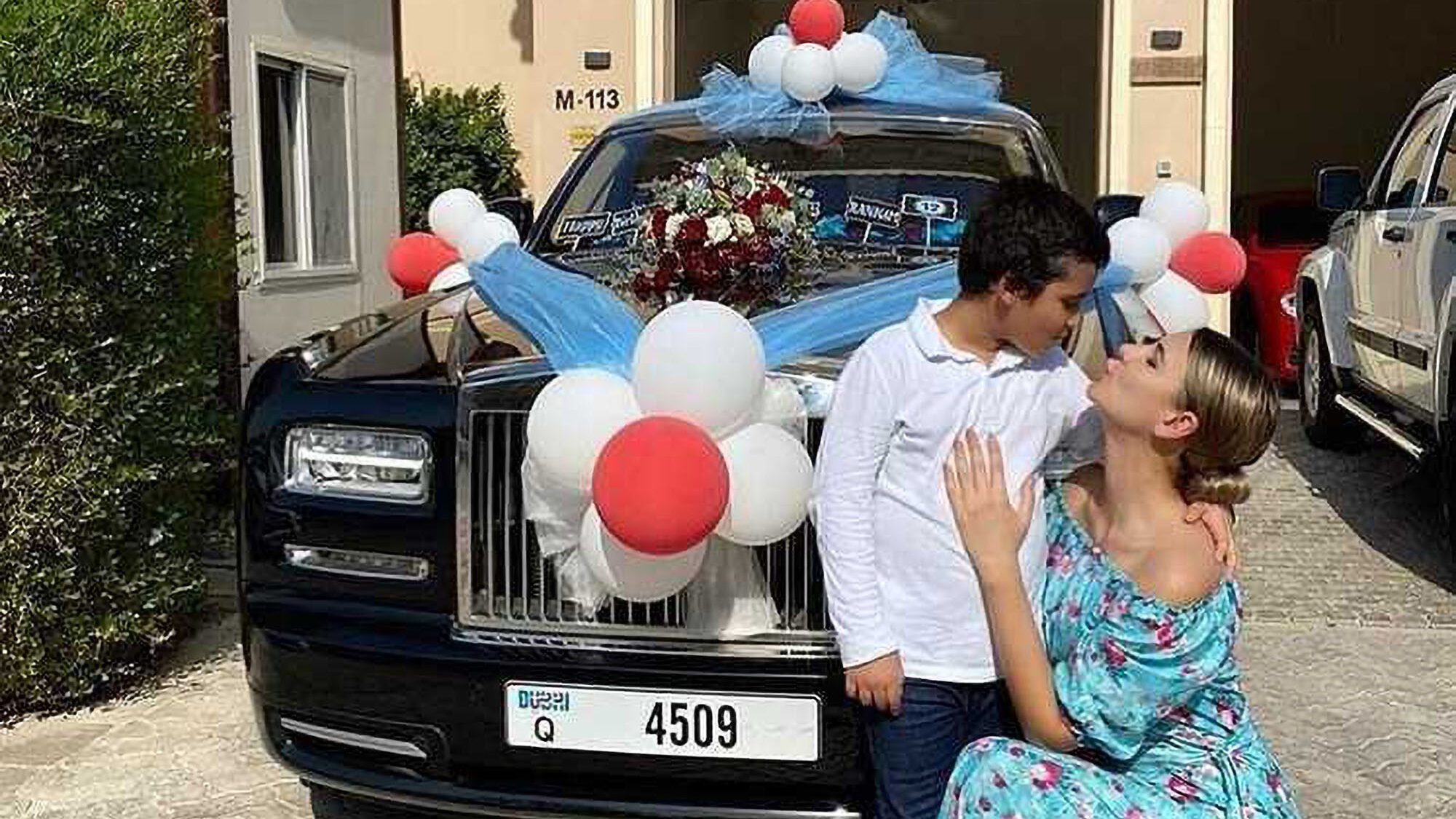 An influencer mom bought her son a Rolls Royce for his 12th birthday. (@gulnarbaravia/Newsflash)

Caption: A mom bought her son a Rolls Royce for his 12th birthday. (@gulnarbaravia/Newsflash)

DUBAI, United Arab Emirates — A wealthy influencer gave her 12-year-old a gift for his birthday — but he has to wait six years to use it.

That’s because it’s a new Rolls-Royce — and he can’t drive it until he turns 18.

Gulnora Mukhedinova, 34, a fashion designer and Instagram star with 835,000 followers, decided to up the stakes for her son’s birthday.  The mother of three bought a luxury car instead of a remote-controlled toy one.

Rannum Mukhedinova was treated to a new black Wraith, worth $337,000. The car was filled with balloons, bows and bouquets at the family mansion in Dubai.

In one photograph, Mukhedinova is seen giving her son a birthday kiss, in addition to the car.

Some on social media called it “a stupid gift for a child,” but this did not seem to trouble the founder of Baravia Fashion and beauty salon. She announced the gift in a video on the “Rich Kids of Instagram” account.

The entrepreneur is also the organizer of several fashion shows, such as Arab Fashion Week, where she exhibits her collections.

In a recent interview, the influencer was asked what quote she tries to live by. “If you can dream it, you can do it,” she replied.