Spicy South Indian Drink Hot Favorite in the US 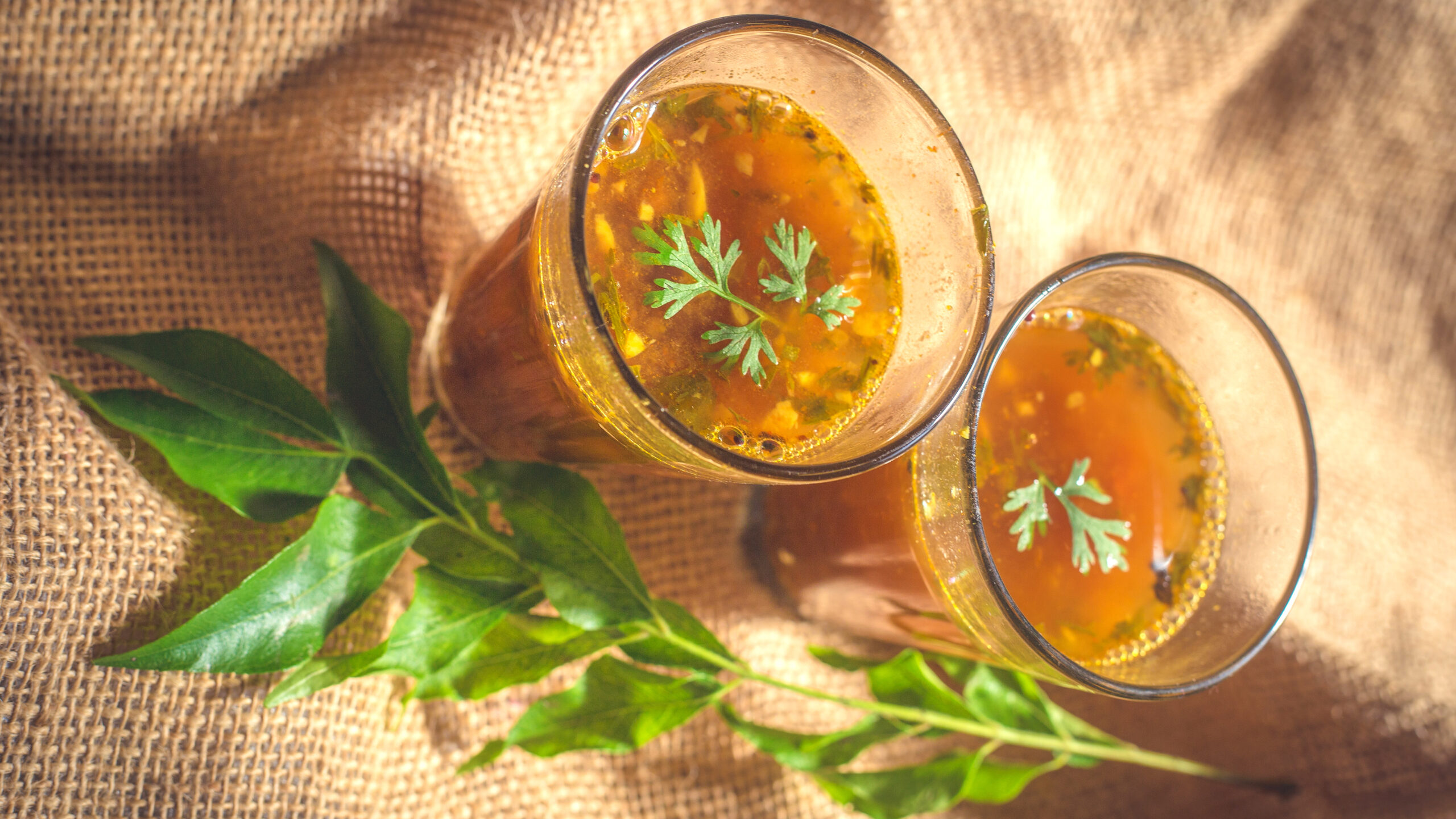 Rasam — southern India’s magic remedy for cough, cold, sore throat and even slight fever — has found favor in New York, New Jersey and Princeton, thanks to the Covid-19 pandemic. Behind this newfound popularity in the US is — Arun Rajadurai —an Indian chef at a restaurant-chain called Anjappar that serves Chettinad cuisine.

Chettinad cuisine is known for its spicy food.

The chef with origins in the Indian state of Tamil Nadu started feeding this spicy Indian lentil soup to some of his customers who had suffered from Covid-19. Soon, the news of this sinus-clearing, warming, drink spread, and the restaurant chain was dishing out 500 cups of this peppery broth daily to its customers in New York, New Jersey, Princeton and even Canada!

Rasam has long been considered an immunity booster and appetizer in South India, where food is considered “Unave Marundhu” or akin to medicine.

Historians have noted that rasam would be a daily feature in south Indian households for centuries. Food experts say that this dish was originally called “saaru” or broth and not rasam. It came to be known as rasam only in the 16th century.

When the Europeans came to India, this spicy broth, called “milagu thanni” by locals, quickly became a favorite.

Rasam aficionados insist that the ingredients that go into making rasam like cilantro seeds, garlic, cumin and pepper help relieve Covid-19 symptoms like chest congestion. Recent studies have noted the benefits of these ingredients in general.

However, scientists, and the World Health Organization, have questioned the efficacy of these ingredients in curing Covid-19.

In one of its notes on the virus, the World Health Organization (WHO) has stated that it is a myth that these ingredients can cure the virus.

“There is no scientific evidence that black pepper, honey and ginger protect from Covid-19 infection,” says the WHO. “In general, however, some spices are considered to have properties that may be beneficial for health.”

Aniket Dike, member of the hoax-busting team of the Indian Scientists Response to Covid-19 (ISRC) says that there is no scientific proof that hot food will cure Covid-19, in fact, he claims that it may be counterproductive.

“Often people suffer from throat inflammation as a result of drinking very hot liquids like soups,” says Dike. “People are applying what they are familiar with in the wrong context.”

“Rasam and other such drinks can help clear the nasal cavity or the throat, but it does not cure Covid-19.”

Rasam is generally eaten at the end of a meal to aid digestion. However, when it is offered to a sick person, it is usually served first in order to increase the appetite.

“Traditionally, rasam was a must at meals where meat was on the menu,” said Chennai-based culinary expert Vahita Jeeva. “Spices in the rasam like turmeric, cumin, pepper, cilantro seeds help digestion especially after one has had a high-calorie meal.”

“In other cultures, a soup is served first, but we Indiansserve it last so that all the heavy food we’ve eaten gets digested properly.”

Vahita explains that the heat generated by cilantro, pepper and dry red chilis helps energize the body and relieves aches and pains. Adding fenugreek to rasam adds a cooling effect. She adds that rasam is often tempered with asafetida to relieve intestinal gas.

While rasam is often not found on many restaurant menus in India, it is made to order for guests and given a twist to appeal to foreign guests.

“Rasam is not on our menu but when our guests, mostly foreigners, complain of mild ailments like indigestion or bloating, we suggest rasam,” said Manikandan, executive chef at Broken Bridge Cafe at Somerset Greenways hotel in Chennai.

“One of the innovative ways in which we serve rasam is by adding pineapple juice and pieces to it,” said Manikandan. “The citrus in the pineapple gives us strength, which is why we chose to add this ingredient instead of tamarind.”

Tamarind or lemon juice is usually used in rasam to make it more acidic.