The endangered Serow that was sighted in Himachal Pradesh in northern India, was last caught on camera in 2018
By Ojaswin Kathuria December 25, 2020
Facebook
Twitter
Linkedin
Email 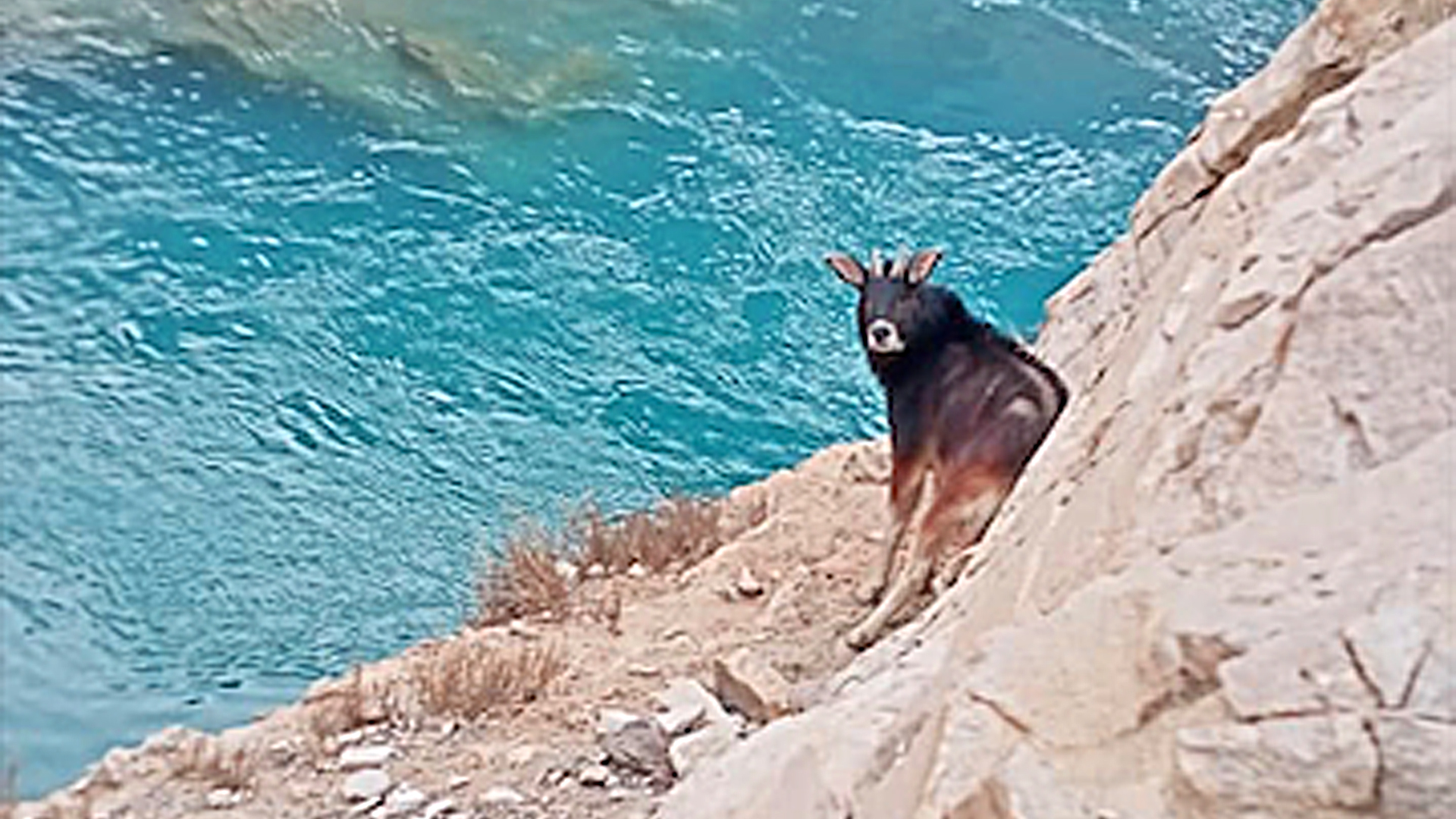 The Himalayan serow is an average sized goat like antelope, native to the montane forests of the Himalayas. (Photo credit: Team Wildlife Division Spiti)

In a rare sighting, the Himalayan serow was spotted for the first time in the high-altitude Spiti region in the state of Himachal Pradesh. This species of goat-like antelope had almost disappeared from the region. Its sighting has brought much delight to wildlife officials and experts.

According to the Central Zoo Authority of India, the Himalayan serow is an average-sized antelope, native to the montane forests, which is found in the middle ground between two mountains where the elevation of the mountain changes. In India, it is found only in Himachal Pradesh. It is considered an endangered species due to its specialized habitat requirements of dense and undisturbed forests. Over the years, a decline of forest cover and poaching has led to a fall in the population of the animal.

Spiti that is located at an elevation of 4,270 meters above sea level, experiences heavy snowfall in the winter months.

“These are very shy animals and stay away from any sort of human habitation,” says Ajit Thakur, director of the Great Himalayan National Park.

Thakur points out that serows are generally not found at such high altitudes.

The wildlife officials of the region say that this is the first time that the animal had been spotted near Hurling village,  20 km from Sundo on the Indo-Tibetan border.

Two years ago, the Himalayan serow was spotted at the Great Himalayan National Park (GHNP), which is a UNESCO World Heritage site in Kullu district of the state.

This is the first recorded human sighting of the serow in Himachal Pradesh. The animal has been spotted a few times earlier as well but always been through camera traps.

“This is encouraging news for wildlife experts as the population of Himalayan serows has been on a decline. Unusual sightings like these give us hope for the species,” said Thakur.

“We believe that the animal must have strayed into the Spiti valley from the Rupi Bhaba Wildlife Sanctuary in adjoining Kinnaur district,” said Thakur.

“The terrain of Kinnaur is suitable for this animal, we believe that the animal ran away due to human persecution and ended up in the Spiti region. But, we hope that it will find its way back soon.”

Thakur says that the wildlife officials are trying to monitor the activities of the strayed serow and keep it safe from other wild animals.

This unusual sighting of the serow outside its natural habitat gives encouragement to wildlife experts that the animal is capable of surviving in other regions and this might help the population expand to other regions.

“The sighting of a stray serow gives hope to wildlife activists and experts,” says Thakur.

The International Union for Conservation of Nature (IUCN) says that Himalayan serows have experienced a decline in population size, range size, and habitat cover in the last decade, and this is expected to continue due to intensive human impact.

The animal was previously considered “near threatened,” but has now been categorized as “vulnerable” in the IUCN Red List of Threatened Species.

It is listed under Schedule I of India’s The Wildlife Protection Act, 1972,  which provides absolute protection against poaching and other activities.