Discounts and perks by developers and festive season sales have led to increased demand. 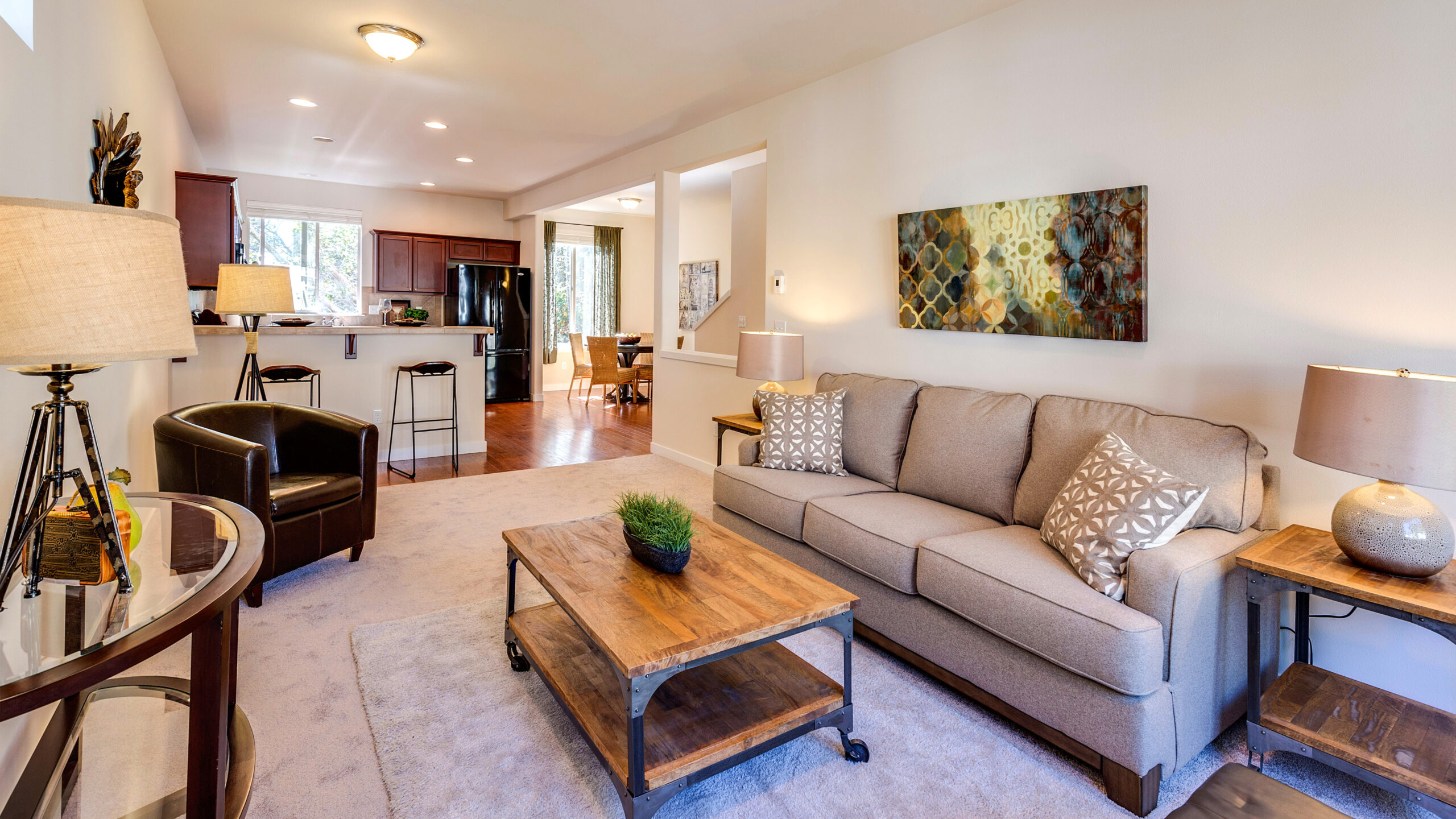 According to a study by Liases Foras, mentioned in a report by ICICI Securities, the average property prices in tier-1 cities have reduced by 4-5 percent since March 2020. (Photo Courtesy: Francesca Tosolini for Unsplash)

KOLKATA, India — After months of slowdown, the real estate sector in India has picked up as home developers sweeten deals with discounts and perks.

“We are witnessing a good demand after several months,” said Jitendra Khaitan, director of Pioneer Properties, a property consultancy firm.

“The conversion ratio has gone up from 5-10 percent last year to close to 20 percent now. We are seeing good demand for residential properties across segments, including the luxury category. Before March, the demand for luxury residential projects was not good. A lot of buyers tell us they now want to buy a house because they want to have a permanent home in these uncertain times.”

Conversion rate refers to the percentage of actual home-buyers compared to the potential buyers.

Home sales trend in the current (second )quarter indicates nearly 52,820 housing units were launched between October and December, compared to 51,850 units in the same period last year, according to data by Anarock, a property consultant.

“This quarter signals positive growth trends, with the top seven Indian cities witnessing housing sales of 50,900 units in the last quarter of this calendar year, against 59,160 units in the same period of 2019,” the report says.

“This represents a rebound of nearly 87 percent from last year’s levels, with Mumbai and Pune together accounting for 53 percent sales.” 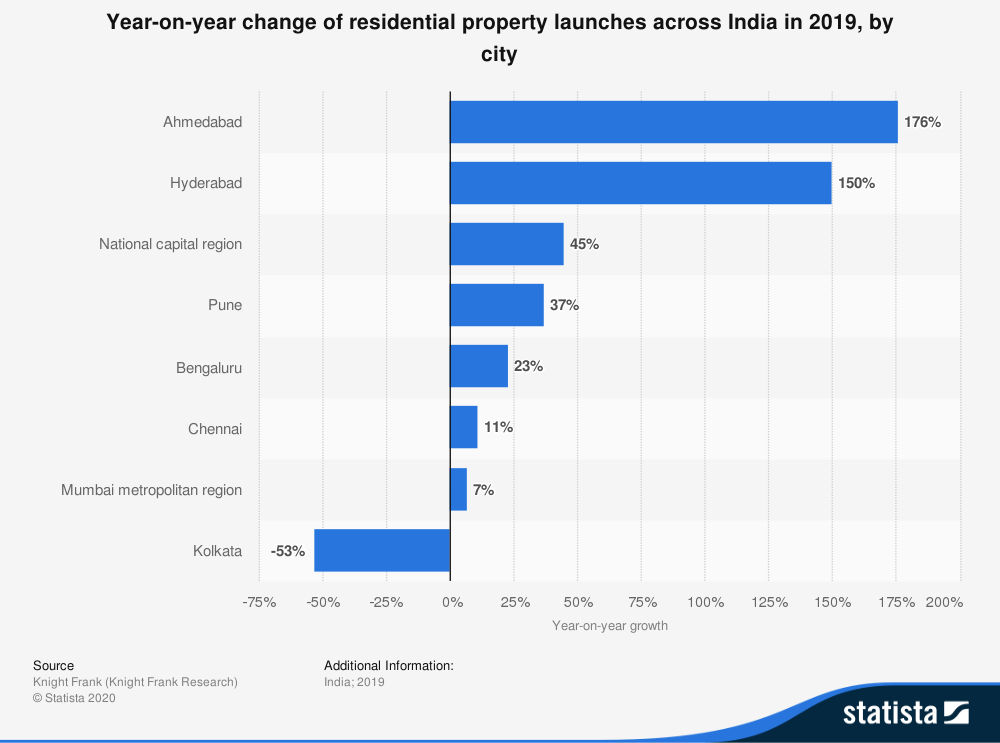 According to a study by Liases Foras, mentioned in a report by ICICI Securities, the average property prices in tier-1 cities have reduced by 4-5 percent since March 2020. Of this, the maximum decrease in prices on a year-on-year basis has been in Mumbai and the National Capital Region (NCR), where the prices declined by 8 percent and 9 percent, respectively.

Over the last few years, the Indian real estate market has been going through a rough patch. Construction delays, lack of funding, and bankruptcy of many real estate firms have ailed the sector.

Between the financial year 2017-18 and 2018-19, the number of real estate developers facing Corporate Insolvency Resolution Proceedings (CIRP) nearly doubled. The number increased from 209 in the second quarter of 2017-18 to nearly 421 in the first quarter of 2018-19, according to data from 99acres, a marketplace for real estate.

In 2018, a scam at one of the biggest non-banking finance companies in India, Infrastructure Leasing and Financial Services Ltd (IL&FS), led to major defaults of nearly INR 5,000 crore ( $678 million) by the group.

The company was a major funder to real estate firms in India and had a dedicated real estate fund with a corpus of $525 million, set up in 2006.

Over the last decade, homebuyers faced inordinate delays in getting possession of homes, leading the government to enact the Real Estate (Regulation and Development) or RERA in 2016. The act safeguards the interests of homebuyers by compensating them for delays in construction. 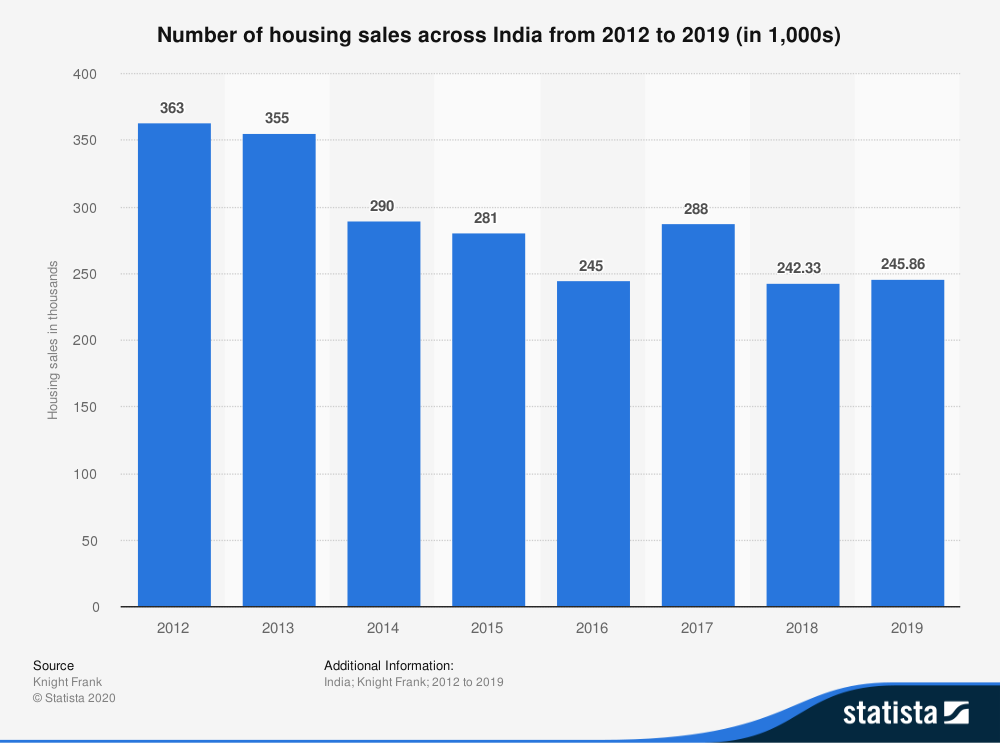 According to a report by JLL India, India Real Estate Market Update Q1-2020 — Residential, at the end of March 2020, developers across the top-seven cities were holding unsold inventory worth ₹3.7 trillion (nearly $50 billion).

In the last few months, interest rates have also come down as the Reserve Bank of India cut repo rate by 115 basis points since the lockdown started in March. This has helped real estate firms to fund projects.

Repo rate is the rate at which the central bank lends money to commercial banks.

“Bank funding has eased and for good projects, there is no fund crunch,” said Pradeep Sureka, promoter of real estate firm Sureka Group.

“Like other sectors, the real estate sector is dealing with the slowdown in its own way. The discounts offered are not across the board but on a selective basis.”

The ensuing quarter also saw the festive season in India — considered best for business activities as people believe the month to be auspicious for new purchases.

“It has been a good quarter, and the volumes and numbers are back to pre-Covid levels,” said Mohit Agarwal, an analyst at IIFL Securities.

“I believe this is partly driven by low-interest rates and partly the fact that in a lot of projects we have seen price-cuts or offers that sweeten the deal. Some revival of demand is happening definitely. The uptick from September-October is sustaining.”

“With all listed developers having a strong pipeline of launches heading into FY22, we believe a combination of waning Covid-19 impact and further industry consolidation may enable our coverage universe to achieve double-digit residential volume growth in FY22,” according to Adhidev Chattopadhyay, research analyst, ICICI Securities.

India is technically into recession with two successive quarters of negative growth after more than 50 days of lockdown starting March. However, over the last two quarters, things have begun to look up.

The economy contracted 7.5 percent in the second quarter of FY21. In the first quarter, it had contracted 23.9 percent, according to data from the National Statistical Office (NSO).

«Previous Post
Tech-Savvy Scammers Drive Cyber Crimes Factories in India»Next Post
Not Banking On it: Payments Banks Off To Slow Start in India