How Apples Are the Core of Christmas Tree Decorations 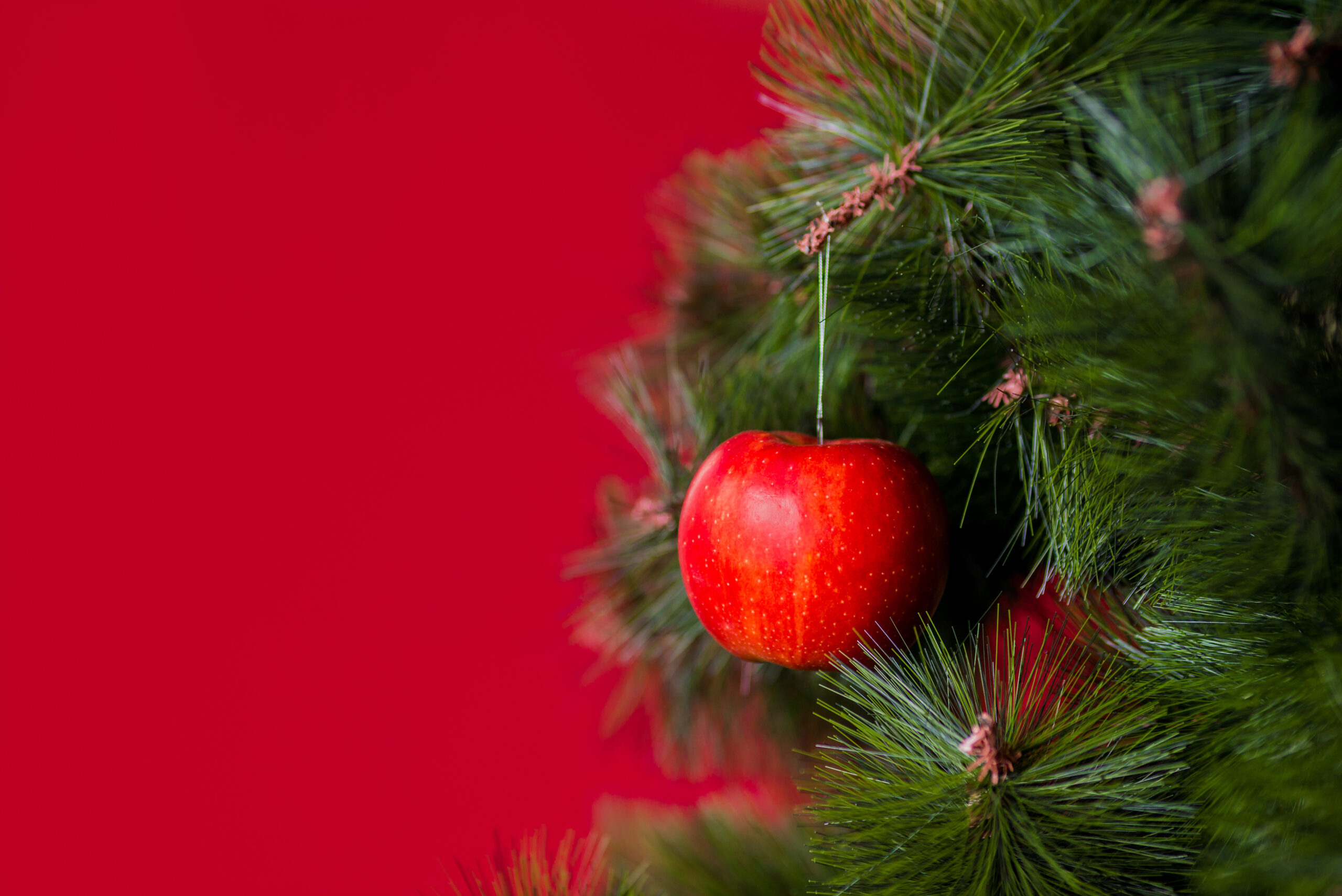 "People kept hanging apples on their pines in December as a reminder that humanity was continually learning from its mistakes." (Photo courtesy авторские, iStock)

Omnipresent during the season, Christmas balls evolved from a Roman Catholic symbol: the apple. But who had the idea of hanging apples from a tree?

During the Middle Ages, Central Europe’s population still worshiped the Nordic gods. Saint Boniface was a German missionary living in the area. Legend has it that he adopted the villagers’ tradition of decorating ashes and oaks during the first weeks of December. But he Christianized the custom, decorating pines with apples.

Saint Boniface aimed to educate the villagers about the apple’s symbolic meaning in the Catholic religion. These original ornaments allowed him to tell his neighbors the story of Adam and Eve forced out from Paradise and to speak about the temptations and vices of the world after the original sin.

People kept hanging apples on their pines in December as a reminder that humanity was continually learning from its mistakes. They also decorated their trees with candles symbolizing the Savior’s light, but eventually stopped because the candles’ heat rotted the apples and caused fires. Today’s Christmas lights are a safe substitution for them.

Christmas balls come in various colors, but the preferred ones are red, green, blue, white, golden, and silver. There are Christmas balls made from wood, glass, or plastic. The most sought-after tend to be glass, for their beauty.

“As soon as the store puts the Christmas ornaments on the shelves, people start looking for the balls,” said Marco Antonio Dueñas Lozano, a store salesman. “Christmas balls are a mandatory decoration for Christmas trees. Now they are made of plastic, which prevents people from spending money every year. The balls used to break year after year, and people had to repurchase them. Today, a set costs no more than 120 pesos [6 dollars.] Plastic balls are not as expensive as the glass ones,” he said.

Some people believe that Christmas balls’ colors have meanings. Of course, their connotation would vary depending on the local culture or the family or personal beliefs.

For some, red balls may represent the original sin, but for those aware of color psychology, these same ornaments may stand for love and generosity. The green ones could symbolize hope, nature, and the cycle of life. Blue balls may represent repentance, while the white ones could stand for purity, faith, and joy. Golden balls are often seen as a praise to the Baby Jesus and stand for prosperity and wealth, while the silver ones mean gratitude.

“The best-sold colors are red, golden, silver, and purple,” said Dueñas Lozano. “We run out of the red ones first, as those are the ones that the customers prefer. People recently buy gold and silver balls because they add a special touch to the tree.”

Within the Catholic world, Christmas balls may symbolize the virtues that God gifted humankind, including love, piety, wisdom, and strength. They also represent the believers’ prayers during the Advent that on the Catholic calendar begins four weeks before Jesus’s birth.

«Previous Post
“Berry” Christmas: How Red, Green, and White Became the Colors of Christmas »Next Post
In Colombia, Santa Craves Tamales This Christmas