In its time, the ship helped usher in a “new era of globalization.”
By James King December 25, 2020
Facebook
Twitter
Linkedin
Email 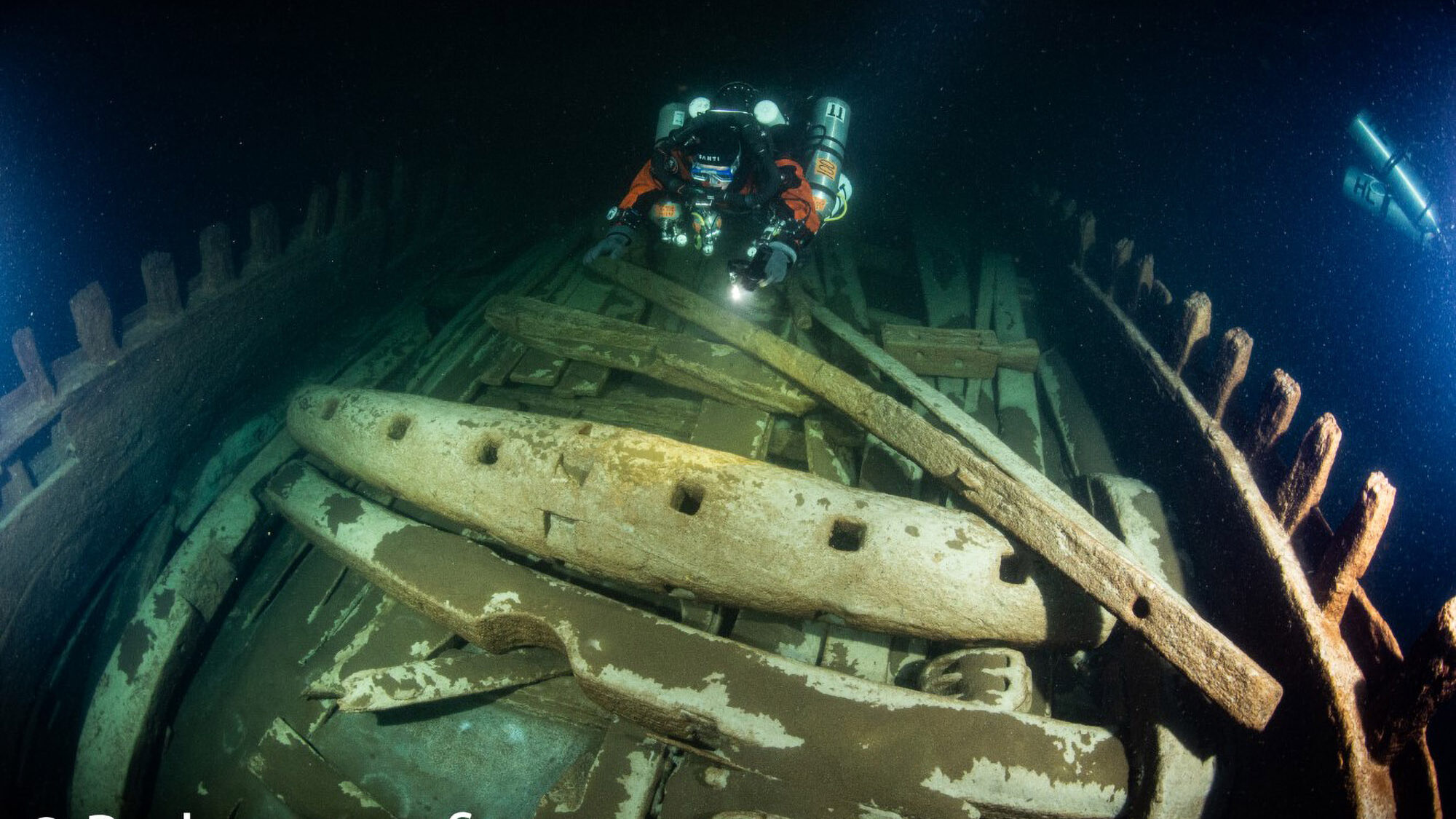 It is believed the ship capsized in a storm. Attempts are now being made to identify it from the taxes paid in remaining records. (Photo by Badewanne, Jouni Polkko/Newsflash)

GULF of Finland — The Baltic Sea holds many secrets.

This underwater video shows the wreck of a 17th-century wooden ship lying in darkness at the mouth of the Gulf of Finland, the easternmost part of the Baltic, between Finland and Estonia.

The vessel was located while officials were mapping the seabed and discovered an unidentified blip.

The Finnish diving group Badewanne investigated the shipwreck, believing it might be a relic from World War II. Earlier this month, other divers found a lost Nazi Enigma machine in the Baltic Sea, purposefully tossed by German soldiers to keep secrets out of Allied hands.

Here, Badewanne divers found conditions difficult. The vessel was located at a depth of 279 feet, which meant they could only spend a short amount of time there.

“A possible wreck was found on the seabed during a hydrographic survey years ago. Resolution of the mapping data was vague, so the nature of the object could not be evaluated from the data other than it could be a wreck or a small rock formation,” said Jouni Polkko, a member of the Badewanne.

“The hull is practically intact. The rigging (masts) has gone, probably pulled off by a trawler. There are parts of the rig on the seabed around the wreck. The hold is almost full of mud, so we can’t see what the cargo was. There are typical cabin windows in the stern, as you can see from the images.”

The find has since been identified as a flute, also spelled fluyt, a merchant ship designed in the Netherlands and used in the 17th century. It had a small crew, leaving room for large cargo to be transported. The ship typically had three masts and no weapons.

The identification was confirmed by Niklas Erikson, an assistant professor of marine archeology at Stockholm University, who said the vessel was widely used at the time and helped to create conditions for “a new era of globalization.”

The deck area was small in comparison with the large hull, due to taxes at the time, which were based on deck size.

It is believed the ship capsized in a storm. Attempts are now being made to identify it from the taxes paid in remaining records.