While economies around the world are reeling from Covid-19, Vietnam could be the only golden spot.
By Namrata Acharya December 25, 2020
Facebook
Twitter
Linkedin
Email 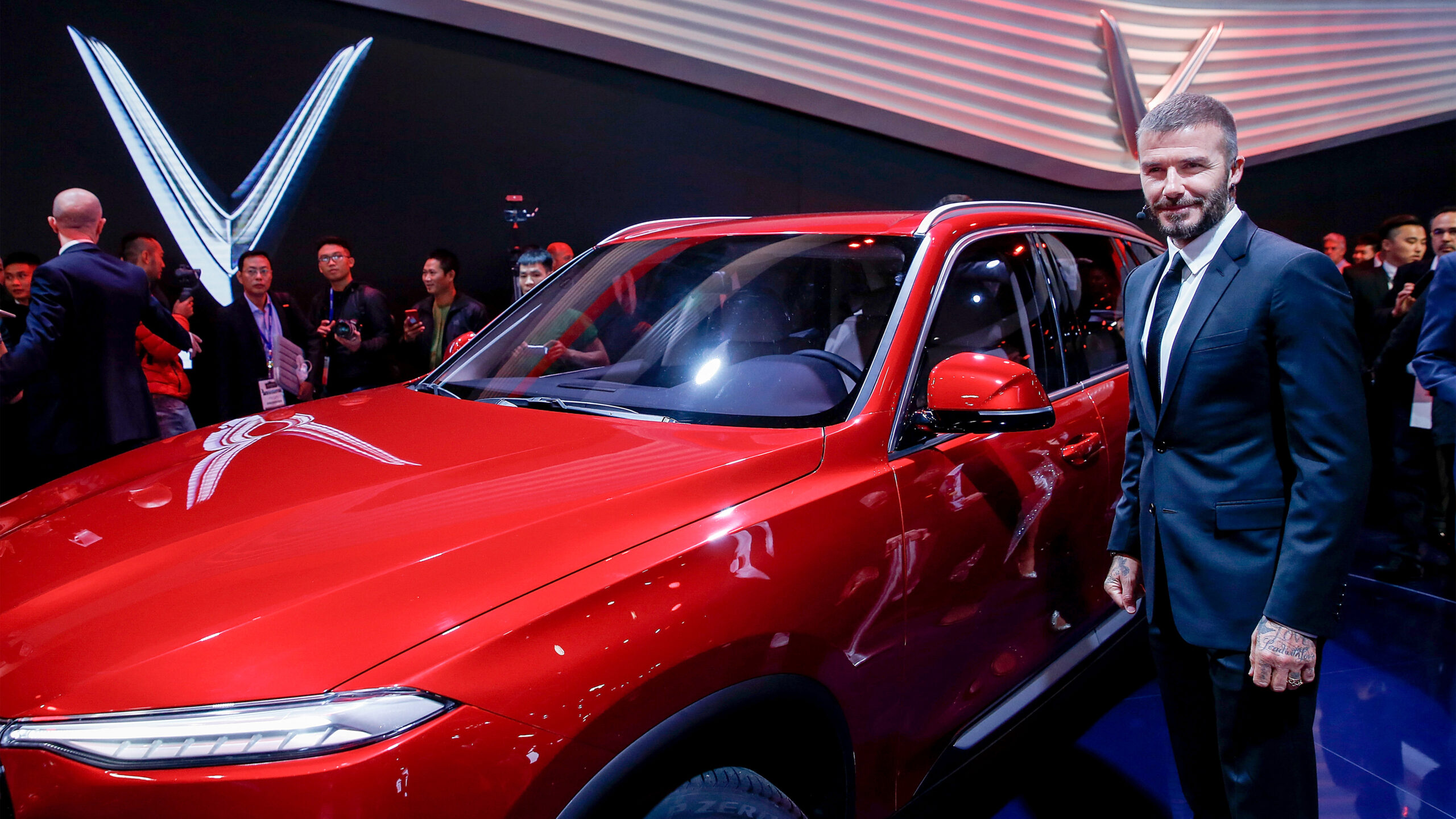 Gold prices had hit a record high this year, but there is one spot where it’s flowing freely — Vietnam.

In the southeast Asian country, you can wake up to a coffee in a gold-plated mug followed by a bath in a gold-plated tub or a swim on a gold-tiled pool. Even the toilet seats are made of gold and food is sprinkled with gold flakes.

The majority owner of this hotel, Nguyen Huu Duong, chairman of Hoa Binh Group, rose from being a daily wage earner to being one of the richest men in Vietnam.

Doung started his entrepreneurship journey with breweries but fortunes sparkled in the mid-2000s with real estate business.  This coincided with a time when Vietnam had just started rising as a manufacturing destination for global firms.

Doung’s journey is representative of Vietnam’s rise on the world stage as a shining star of Asia.

Today, as world economies shrink under Covid-19, Vietnam is growing.

According to International Monetary Fund, Vietnam’s growth this year is expected to be 2.4 percent, which among the highest in the world. The country grew at 7 percent in 2019 and 6.8 percent on average in 2015-2019.

So far, Vietnam has reported less than 1,500 Covid cases and close to 35 deaths.

It was less than five decades ago that Vietnam was engaged in a long-drawn war that killed nearly three million people. The Vietman War between North and South Vietnam and its ally United States ended in 1975, and since then it has been a communist state.

A Nation Built on Outsourced Manufacturing

Vietnam owes much of its success to one company — Samsung.

Samsung was one of the first companies to identify Vietnam as a manufacturing hub as it expanded outside South Korea in 2008 with a factory at Bac Ninh province of Vietnam.

Some of the products unknown to the world from Samsung’s stable like cosmetics and hospitality solutions can be spotted in Vietnam.

“Till today, Samsung has invested more than $17 billion in Vietnam and has become Vietnam’s largest investor. Samsung is a shining example which was followed by many others and proved a concept of the Vietnam Story. Because of Samsung and other eco-system that has built around Samsung, electronics emerged as a big sector.”

“Samsung has six factories in Vietnam, with exports of more than $50 billion of products from them. ”

In 2019 close to 50 multinational companies decided to shift their manufacturing bases from China to South-East Asia due to a trade war between the US and China.

So far, Vietnam has grabbed a major share of this shift, with eight companies shifting their operations to Vietnam, according to data from Aranca, a business advisory firm.

In December 2019, Samsung closed its last smartphone factory in China as it shifted it to Vietnam.

Vietnam opened up its economy in 1986, when it became a market-oriented economy from being a closed one.

Cheap labor, well-developed ports and logistics were incentives for global companies to manufacture in Vietnam. It entered into trade agreements with most large economies early and marketed itself as an alternative for manufacturing hub for large companies.

“Vietnam is the only country after Singapore, whose exports are more than GDP Itself,” said Mudasser.

At the end of 2019, Vietnam’s total exports were close to $264 billion, driven by electronics and electrical product exports and textiles and footwear products. Its real GDP was $261 billion.

Nearly 58 percent of the FDI has been in the manufacturing sector.

Many global brands in Vietnam have export-only licenses. They send raw materials in Vietnam get them assembled and export them to the global market with little value addition. It’s a packaging destination for many food processing companies who send frozen food from Europe to Vietnam just for the packaging.

“Vietnam competitive advantage is purely cost and sourcing base as of now, which needs to change if the growth has to continue. Though in terms of value addition, there’s still a long way to go. A $90 dollar of import is at most converting into $95 export in terms of value, with companies doing low value add assembly/ manufacturing in the country,” said Mudasser.

Around 2018, when Abhijit Das, was the chief strategy officer at Leo Burnett in Vietnam, he had one of the most challenging assignments in hand. He had to conceive a branding strategy for Vietnam’s first automobile brand in the passenger segment, VINFAST.

Initial research showed selling a car in Vietnam with ‘Made in Vietnam’ tag won’t be easy.

VINFAST had to show its might at the Paris Motorshow, 2018  before it could make a dent in the local market. At the show, it got the ‘A Star is born’ award, with David Beckham joining to congratulate the team.

The over-dependence of Vietnam on export-oriented manufacturing for long had an adverse impact on the country’s homegrown brand. Despite some Vietnamese brands making a mark in the global arena, they struggled to win the hearts of Vietnamese.

The country is trying hard to shed this image of a manufacturing-only destination built on cheap labor.

“VINFAST”s branding was the breakeven point, taking cultural confidence and converting it into a cultural authority — a pre-requisite to propose ‘Made in Vietnam’ to a consumer segment across the world,” said Das.

“VINFAST made that critical turn — and today this moment is already history. Today,  VINFAST is out and about in the world with acquisitions and orders, besides lots of wheels on the streets back home. All this has been in a short span of three years. I regard it as the iron will of Vietnam. ”

This  year, VINFAST acquired Lang Lang Testing Centre in Australia from GM Holden and it has aspirations of selling cars in America.

“If COVID hadn’t attacked, Vietnam would have hosted F1 in 2020 with VINFAST as the title sponsor,” said Das.

Similar confidence in the cultural authority came with Vifon–a company which challenged Unilever and emerged a winner with a larger market share in the oriental soups back in Poland in 2019.

The brand has expanded to over 100 countries, but in Vietnam, it is yet to become a market leader.

“It is this cultural moment which we reflected in the new strapline,” said Das.

The start-up culture in Vietnam is also beginning to ripe.

500 Global firms, a San-Francisco headquartered company, which invests in seed-stage companies launched its first fund of $14 million in Vietnam in 2016. It has already invested in 71 start-ups and has exited a few.

“We wouldn’t expect exit so soon, but it was a pleasant surprise,” said   Eddie Thai, general partner, 500 Startups, Vietnam.

Venture investments started in Vietnam around 2004 when there are four-five million internet users, according to Thai. This was the beginning of the start-up wave in Vietnam.

According to data from Statista, presently Vietnam has about 64 million internet users.

Much of this interest has come from South Korea, which has a cultural affinity with Vietnam.

“For Koreans Vietnam is most compatible. They see a lot of historical similarities. There was a war between North and South in both countries. Korea started from The 60s from manufacturing, Vietnam started to emerge in the 90s. Vietnam has a mind of Korea 20 years ago.”

One can’t fail to notice that a lot of Vietnamese brands start with the word V.

According to Das, that’s the ‘proud Vietnamese’ connect in the fast-growing consumer market of Vietnam.

This pride comes from how Vietnam rebuilt itself from being a distressed nation to being a fast-growing economy.

“If you visit The War Museum in Ho Chi Minh City you will be reminded of the not so distant past when scarcity, deprivation, and disease were rampant. And today, Vietnam stands is known all over the world for managing the COVID Crisis and posting positive growth,” says Das.

“Consumerism in Vietnam translates to practicality — tightly held between the aspiration to proudly present oneself to the world and get far away from the deprivation in the past. Vietnamese consumers have a great appetite for everything which serves this sense of practicality — the American dream, the Korean beauty, the French sophistication, the Japanese acuity, the German perfection, you name it, and the Vietnamese consumer would be willing to put their money where their mouth is.”

The painful history of Vietnam is also visible in the consumerist culture of the country.

Vietnam’s journey so far was best depicted by an advertisement by a shoe company called Bitis in 2002. The advertisement starts with a barefooted man walking on a rice field, followed by walking with straws wrapped in feet to finally running a sports shoe.

The communist regime had its own advantages in accelerating its economic growth.

“Vietnam stands out as the ‘decide and do’ culture. In Vietnam, when the government decides to something, the community gets it done,” said Das,

According to Madan Mohan Sethi, Consul General of India in Ho Chi Minh City, while the Central government takes policy decisions, provincial governments have been given a lot of independence. If they want they can give 10-15 years of tax holidays to specific sectors as well.

“Although it is a single command country, things happen smoothly,” said Sethi.

“Being one political party ruled country actually helped them in economic measures being accelerated. They didn’t have a lot of stakeholders like central, state governments. Once a decision is taken, everyone was aligned,” said Mudasser.

The high-handiness of the communist regime however reflects in the policy decisions of the government. There is hardly any room for debate in the country.

While there may not be any conflicts at the surface, censorship still operates at various levels. Dissent has little tolerance in the communist country.

Recently, Amnesty International said Facebook and YouTube were complicit in “censorship and repression on an industrial scale” in Vietnam.

“The revelation that Facebook is caving to Viet Nam’s far-reaching demands for censorship is a devastating the turning point for freedom of expression in Viet Nam and beyond,” said William Nee, Business and Human Rights Advisor at Amnesty International.

“The Vietnamese authorities’ ruthless suppression of freedom of expression is nothing new, but Facebook’s shift in policy makes them complicit.”

In January 2020, a land dispute in the village of Dong Tam had led to clashes between security forces and villagers, which the government had been trying to suppress.

The land belongs to the government and given only on a 99-year lease. Vietnam’s could also bypass some issues like that of land acquisition by democratic countries like India in industrialization.