“Berry” Christmas: How Red, Green, and White Became the Colors of Christmas 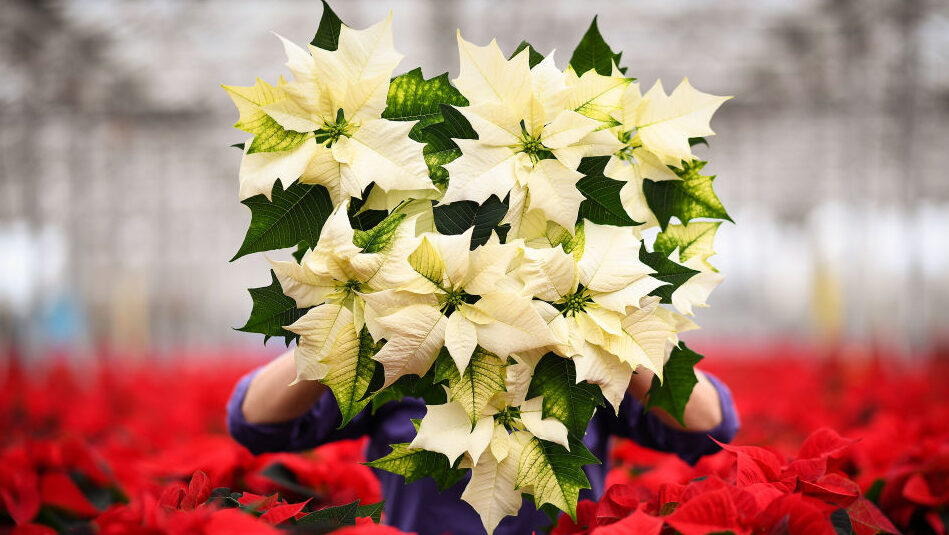 Red, green and white — the colors that symbolize Christmas — are reflected each year in holiday staples such as Santa Claus, Christmas trees and snowmen, but how did they become associated with the most wonderful time of the year?

The origin of the holiday’s palette supposedly, comes from the colors of Victorian churches in England. They have also been linked to Medieval times, as people during the 15th and 16th centuries decorated their local churches with these colors due to alchemist and astrologer’s influence.

What do these colors mean?

Many ancient churches have a wooden structure, called the “quire,” located between the church’s navel and the sanctuary. The parishioners’ taxes built these quires, decorating them with artistic statues and marble reliefs. Many of these works of art represented local saints and combined several colors, mostly green, red, blue, and gold.

Unfortunately, many quires in East Anglia, England, lay damaged or destroyed. Due to the 16th century English Reformation, believers removed many customs considered Catholic. Protestant parishioners broke and altered the churches’ statues in clear defiance of the Catholic Church. Many figures lost their faces, had eyes removed or endured scrapping. The red color featured in such works maintained over the centuries, but those colored green or gold became darker due to the neglect.

The East Anglian parishioners’ custom of sitting every week in front of wooden panels painted red and green survived until the 19th century. Hence, the Victorian-era Englishmen were particularly familiar with these colors. So, they took advantage of their traditions when rebuilding the dilapidated churches using the aforementioned color palette. The recoloring did not stop at just the churches, as houses shared the vibrant scheme in the form of the Christmas Tree ornaments.

“People usually want red and green color schemes to decorate their houses during Christmas. However, in recent years, silver and golden ornaments usage has skyrocketed, as people use them to add a more special, refined touch. Many customers ask for red ornaments as it alludes to Santa Claus, yet, since Christmas wreaths are green with red flowers, green is also vastly used,” said Jazmin Alarcon Moreno, an interior decorator.

“I can boldly state that although the Christmas colors are green and red, different colors have appeared in recent years. However, the original palette does not go out of fashion. Santa Claus, the reindeer, Christmas Eve, and the Christmas Tree are the most important elements for a Christmas decoration,” said Alarcon Moreno.

Christmas is a time of joy, and the decorations used to adorn the houses generate that holiday glee.

While there are a lot of myths surrounding its color pallette — such as the one about Santa Claus and Coca-Cola sharing the same red — the tales do not change the merry celebrations we all experience during this time of the year.

(Translated and edited by Mario Vazquez. Edited by Carlin Becker.)