Franciscan emulates order’s founder, a troubadour whom he describes as ‘a fool for God.’ 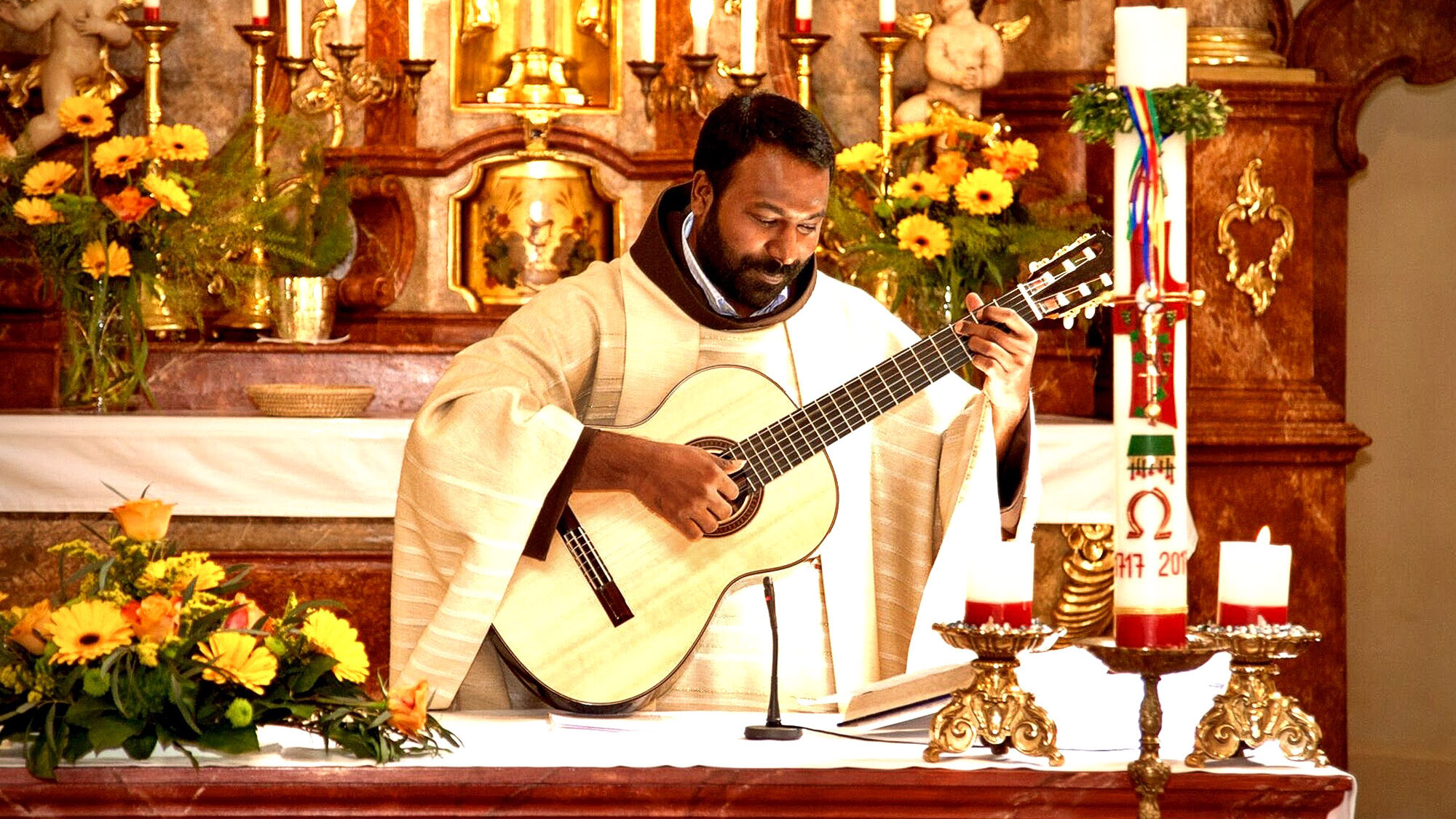 “Music allows me to express myself and it has accompanied me on my spiritual journey," said Monk Sandesh Manuel who became a rapper.(Sandesh Manuel/Newsflash).

VIENNA — A Franciscan monk has taken to rapping to spread the word of God in Vienna, the Austrian capital that’s been home to musical greats such as Mozart, Beethoven and Strauss.

In an exclusive interview with Zenger News, Father Sandesh Manuel, 40, who is originally from Bangalore, India, said music has always been part of his spiritual life, which includes being a Franciscan monk for 23 years and a priest for 10 years.

“Music and spirituality go very well together, and it has always been with me,” Manuel said. “Music allows me to express myself and it has accompanied me on my spiritual journey.”

Manuel is comfortable with traditional music and studies singing and guitar at an established music school. His YouTube videos include versions of “Ave Maria” and “Silent Night.” He sings the latter in German, accompanied by a guitar, just as it was when first composed and performed in 1818 by Franz Xaver Gruber to lyrics by Joseph Mohr.

Lately, the musical monk has become a hit on YouTube after sharing videos in his robes, rapping about issues close to his heart and also about his new home.

Manuel told Zenger he was a YouTuber for 13 years previously, before deciding to take a break from the social media channel.

“I have now returned to rapping. Rapping is a way for a person to express themselves in a musical style that gives expression to their deepest thoughts,” he said.

“You can explain things more clearly by rapping than you can in many other ways. In my case, it is not so much my deep inner thoughts rather a message that needs to be spread.”

Manuel says rap also helps him connect with the message of St. Francis, whom he described as a “fool for God.”

“He was a troubadour. He did things out of the box because he was so much in love with God,” he said.

“At the end of the day, we are all the same and all welcome in the eyes of God.”

The Franciscans are a religious order within the Catholic Church, founded in 1209 in Italy by Saint Francis of Assisi, the patron saint of animals and ecology.

Manuel occasionally raps in church when appropriate, but also in videos for his followers.

He not only raps about religious issues but also about his adopted home of Austria, recently doing a music video about the state of Carinthia, the southernmost Austrian state in the Eastern Alps. That submission has been viewed more than 100,000 times, and Manuel says he plans to make one about every state in Austria in its local dialect, not an easy task for a non-native speaker.

Those intrigued by the rapping monk may also want to check out one of his best-known predecessors, “The Singing Nun,” who had an international mainstream hit with the song “Dominique” in 1963.