Popcorn with Zenger: Gibson’s Melly-Christmas Armed Santa is a St. Nick for Our Times 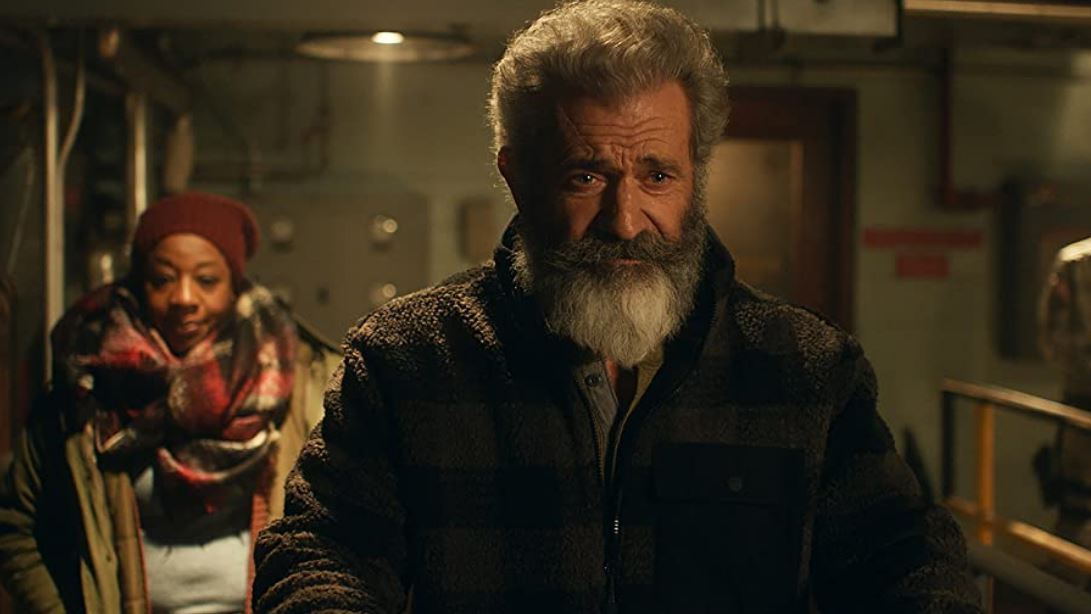 ALPHARETTA, Ga. — The Rundown: “Fatman”, a Yuletide-themed dark comedy starring Mel Gibson as a jaded and down-in-the-dumps Santa, is not your typical feel-good Hallmark movie. It won’t put everyone in the mood for sugar cookies, ugly sweaters and hot chocolates this Christmas Eve. In fact, for those looking for a film aimed at the sentimental nerve, it’s a film that may best be avoided.

If, on the other hand, you crave a more raw and realistic take on the mixed emotions of the Christmas holiday in the modern era — and a St. Nick as tired of the world’s nonsense as you are after a 2020 upended by turmoil — “Fatman” may be the kick-in-the-ass you seek.

What if Santa’s magic were limited by a little more reality? What if elves had to be paid a living wage, the sleigh had to be regularly serviced, and, in order to earn their presents, children actually had to be—well, good? Gibson’s Kris Kringle character has the answer: the famous North Pole enterprise would be a shell of its former self. Throw in a very naughty boy who wants Santa Claus to be killed after receiving coal instead of gifts, and you have “Fatman.”

With the #1 box office draw so far this year being “Bad Boys 3,” it’s fair to say Covid-19 reduced 2020 to a September-all-year-long in movie world: a dumping ground for barely B-grade fare that you usually wouldn’t have fished out of Netflix to doze through over cold pizza and warm beer on your own couch — and certainly wouldn’t have left your house to see in normal times.

By those standards, the rough-and-tumble “Fatman” could easily be considered 2020’s best film. But thankfully it also stands alone as a great picture by much higher standards, too.

The Story: “Fatman” is an alternate take in which Santa Claus is still an old man in a red suit bringing happiness to children. But there’s more—or, perhaps, a lot less—to the tale. Gibson’s Kris Kringle is only a little bit jolly on his best days, almost certainly clinically depressed, and the twinkle in his eye is not due to elfin magic but rather to jaundice. He is a functioning alcoholic who drives to the local bar in his Chevy pickup for a few frosty mugs of daily cheer.

As the most wonderful time of the year draws near, Kris is coping poorly with the fact Christmas isn’t as it once was. The world around him has drowned in moral relativism and moral decline so severe that the number of children deserving toys by his old standard has hit all-time lows.

It’s gotten so bad  that to pay the bills, Santa takes a contract with the U.S. Military to convert his lab and let his elves make weapons. He despairs at the thought that he’s made a deal with the devil — but little does he know that the real devil is yet to come, in the form of an assassin named Skinny Man (Walton Goggins) hired by a rich child enraged at receiving coal.

Bright Spots: Gibson masterfully brings his gritty personality to a twisted take on the world’s favorite folk story. Those jaded moviegoers expecting just another “Bad Santa” may well be pleased that Gibson’s Santa isn’t so much bad as a good man beaten down by bad things; he’s short on hope not due to any malice, but rather due to having been let down so often.

It’s a portrayal that may strike a chord with many: Santa has become “bad” only after seeing that so many people have changed for the worse. Most disheartening for him is that the after-effects are becoming visible in children; in many ways, his character is more akin to the kind-hearted old man Clint Eastwood plays in “Gran Torino” than Billy Bob Thornton’s irascible Bad Santa.

So while “Fatman” might be marketed as a dark comedy, that description is far too limited.

Even Goggins, who plays the Skinny Man, the hitman hired by a rich kid but with his own Grinch-like history, excels in his villainous role, playing a lost soul whose parents died when he was a child, and whose wishes for Santa to bring them back to life sadly went unmet.

In a time of mass losses of life and pessimism, then, what makes the film good is that viewers can appreciate the parallels between what’s on screen and outside their own four walls. There is some hope: Kris, in the end, is forced to grapple with the growing realization his defeatism has only been making matters worse for the world’s good children, who still see him as a hero.

Weak Spots: Perhaps the only drawback is the film’s start; the first 10–15 minutes are slow to the punch. Yet when the story finishes its introduction and gets moving, it does not look back.

The Takeaway: If “Die Hard” is a successful Christmas movie, then so is this. Just don’t say you weren’t warned about the less-festive elements. In the end, “Fatman” is a much-needed jolt of excitement to close out the dark days of 2020. It is well acted, directed and structured. It has the heart of a B picture but it uses that energy to deliver a most traditional kind of high hope — things may be bad, but we can make them better if we choose, circumstances be damned.

See or Skip: Watch the film. But maybe leave the kids downstairs.