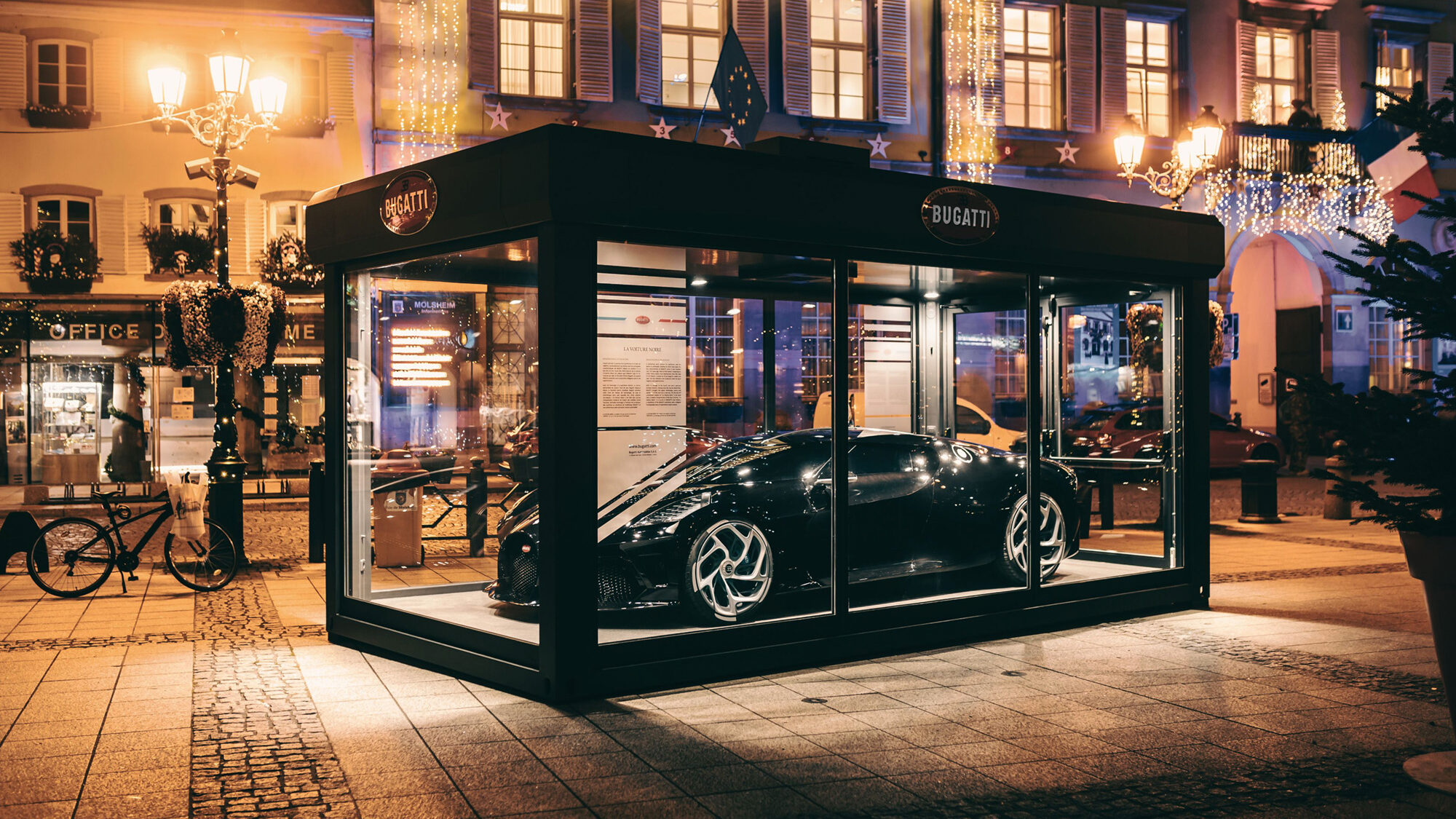 MOLSHEIM, France — A luxury automobile manufacturer is spreading holiday cheer by putting one of the most expensive cars in the world on display in a small French town.

After Molsheim, France, located in the heart of the northeastern Alsace region, was forced to cancel its annual Christmas market due to the coronavirus pandemic, Bugatti gave the city, the brand’s birthplace and location of its current headquarters, “a special Christmas present” on Dec. 14.

“In order to maintain a certain level of festivity, the French luxury brand decided to offer a special presentation that will be on exhibit right next to the beautifully decorated Christmas tree,” the carmaker said. “Since last week, passersby have been able to marvel at the Bugatti La Voiture Noire, safely locked in a glass container.”

The Bugatti La Voiture Noire, which translates to The Black Car, made its debut last year as the world’s most expensive new car with a price tag just shy of $19 million.

The one-off model, which has already been purchased by an unnamed owner, was built to commemorate the company’s 110th anniversary and pays homage to the design of the brand’s Type 57 SC Atlantic, of which only four were made in the 1930s. While three of the coveted classic cars designed by Jean Bugatti, the eldest son of the company’s founder, are accounted for, the fourth, all-black Atlantic has been missing since World War II. If found today, experts have estimated the vehicle could be worth more than $100 million.

The La Voiture Noire exhibit will remain in Molsheim’s city center until the end of March, Tim Bravo, head of communications at Bugatti, told Zenger News.

Italian-born French carmaker Ettore Bugatti founded the company bearing his name in 1909 in Molsheim, which was then part of Germany. He quickly became a leader in the automobile industry, thanks to the advanced engineering of his vehicles.

Holiday celebrations have been canceled or scaled back worldwide as the COVID-19 health crisis persists. France has recorded nearly 2.5 million cases of the coronavirus and more than 60,000 related deaths.