A Christmas That Smells of Coconuts

Local traditions and their food in India add a different fervor to the festival.
By Neeti Jaychander December 24, 2020
Facebook
Twitter
Linkedin
Email 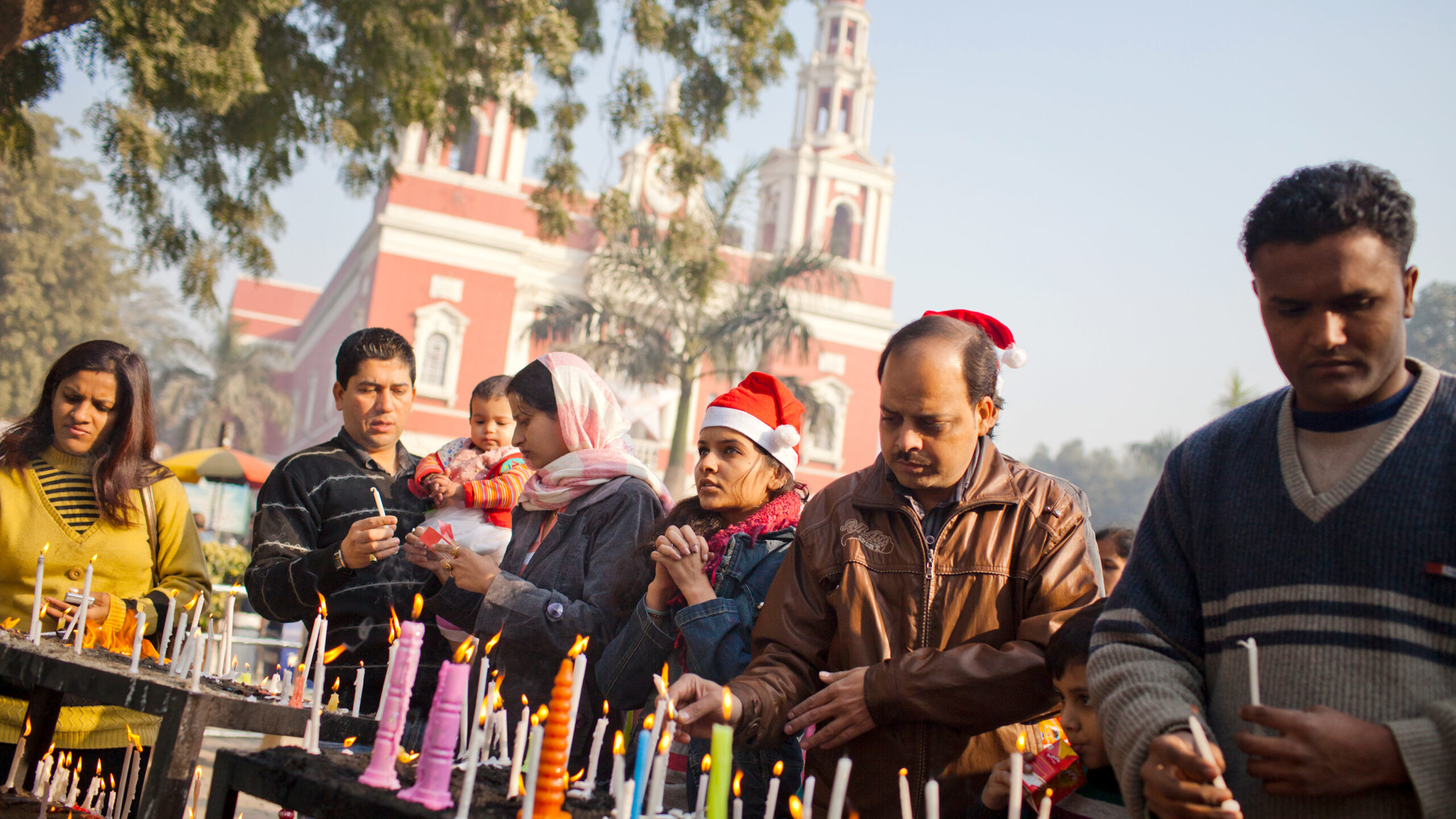 CHENNAI, India — In many parts of the world the coming of Christmas is signaled by roasted chestnuts, but in peninsular India it comes with the smell and taste of coconuts.

Many places in Karnataka, Goa, Kerala and Tamil Nadu have been celebrating Christmas for centuries. Two of Jesus Christ’s Apostles — Thomas and Bartholomew — came to south India around 52 AD, leading to the first conversions, long before the religion reached the shores of Europe. The arrival of colonial powers such as the Portuguese, the French and the British in the 16th and 17th centuries led the spread of Christianity in the country. There are about 27 million Christians in India, according to the 2011 Census.

They — and many others — celebrate Christmas with local traditions and food.

For instance, residents of the southern city of Thoothukudi enjoy the delicate Tuticorin macaroons, which derive their name from the older colonial name of the city.

“Macaroons came to India with Christian missionaries but were modified to appeal to local tastes,” said Kavita Chesetty, a pastry chef and owner of Cupcakes Amoré, a popular confectionary in Chennai.

“Tuticorin macaroons are made with cashews rather than almonds, since cashews are widely available in south India and are cost-effective. The technique is nearly the same. The egg whites are beaten to soft peaks, then sugar and ground cashews are added till it glistens. This is piped into mounds and baked.”

But Indian macaroons are a little different from their European cousins.

“French macaroons are flavored meringues, sandwiched with chocolate or a fruit filling,” said Chesetty. “In contrast, the Tuticorin macaroons are just cashew meringues made with beaten egg whites, ground sugar and ground cashews, and baked at a low temperature to dry them out. This way, they have a longer shelf-life.”

“European macaroons have smooth tops and a chewy center, while the Tuticorin macaroon is a crisp meringue that crumbles in your mouth.”

If it is macaroons in Thoothukudi, in Puducherry — about 500 km north — it is the vivikam cake, made with rice flour and coconut milk. In some cases, rice flour is substituted with semolina.

Puducherry, earlier known as Pondicherry, was a French stronghold from 1674 to 1962. French is still a common language in the city, and it attracts many tourists with its beaches and quaint French architecture.

Like vivikam cake and Tuticorin macaroon, lots of Christmas sweets in India use local ingredients, such as rice flour, coconuts, cashew, and jaggery.

One such popular Christmas treat are the rose cookies of Kerala, about 500 km west of Puducherry.“These are made with rice flour, or a combination of rice flour and plain flour with coconut milk and eggs,” said Maria Jose Martin, a food blogger at mariasmenu.com. Commonly known as achappam, its popularity is not really a surprise.

“People in Kerala love dishes made of rice and coconut,” said Martin. “The easy availability of ingredients and a fuss-free recipe makes it popular.”

These cookies are made in a special mold called achu, which is shaped like a rose. The mold is usually made of iron or steel and is dipped in hot oil first and then in the batter. The batter-coated mold is returned to hot oil and out comes a crispy cookie.

Of course, the most popular Christmas delicacy are rum-soaked plum cakes. And, it’s popular among non-Christians as well.

Some bakers soak fruits and nuts in rum for a year, and it is not unknown for people to dig into rum cakes from last Christmas to enjoy stronger flavors.

“When we were young, we would wait for Christmas to help mom to mix the fruits into the plum cake,” said Sheila D’Souza, a home-baker with origins from Mangaluru, a port city on India’s western coast with a large Catholic population.

“Everything was done by hand, there were no mixers. I love gifting plum cakes with rum and brandy and dry fruits soaked a month before.”

D’Souza said Christmas gifts in Mangalore and Goa are known as kuswar.

“We make kulkuls, gulios and nevrios,” she added. “Most traditional sweets are made with coconut milk.”

“Kulkuls are the most popular sweet in Mangaluru. They are made from flour, coconut milk and butter. The dough is kneaded, made into small balls and rolled on a comb to gets its shape. The next day they are coated with a bit of sugar. They look like small worms so are called kidyeos in Konkani because of their shape. It is more appealing to think of them as shells or curls.”

“Children are very fond of gulios,” said D’Souza. “They are like small marbles, sweet and crunchy, and made from raw rice, jaggery and coconut milk. Nevrios are also popular — these sweet puffs are made with flour, butter, salt, sugar, and water, and filled with roasted sesame seeds, poppy seeds, cashews and raisins.”

“The leftover flour is typically made into diamond cuts.”