Secret room contained marker bearing the name of a co-founder of the party’s South American arm. 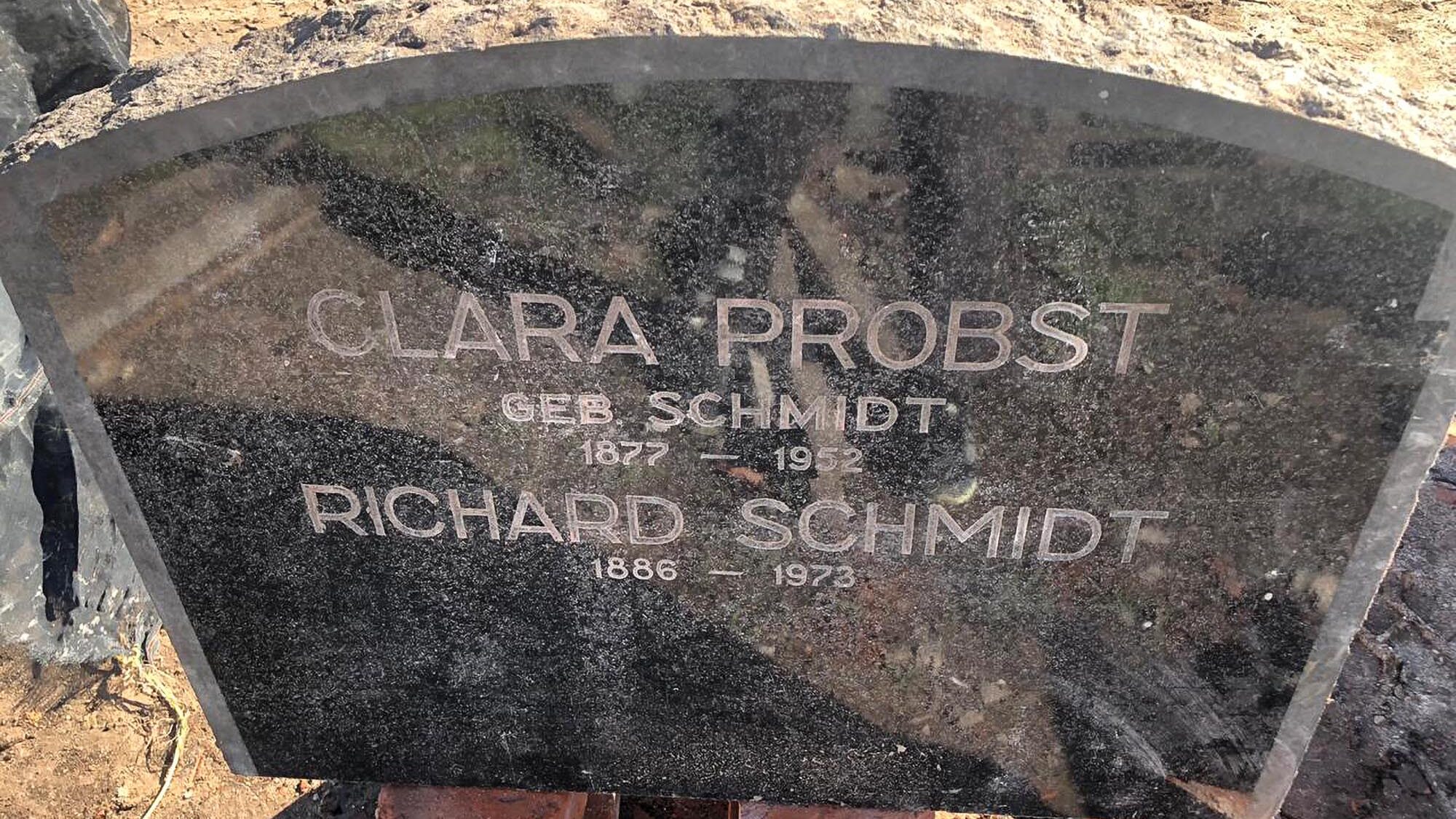 Note: Map ready for this story

MAR DEL SUD, Argentina — A tombstone found in the secret basement of an Argentinian house has been identified as that of the founders of the country’s Nazi party.

The discovery took place this past spring in the El Remanso neighborhood of the popular tourist town of Mar del Sud, in the eastern Argentinian province of Buenos Aires.

A construction worker working on an addition to the house found the tombstone, which bears the names of Clara Probst and Richard Schmidt. The marker was buried about 30 centimeters (roughly a foot) under the soil of a house that had been owned by a series of Germans starting about 60 years ago.

Following the discovery, it took several months to find out more about the names on the tombstone, which also had their birth and death dates on it. To undertake the investigation, the owner of the house contacted Laureano Clavero, who lived in the area during his teenage years and is a well-known Nazi history investigator in Argentina, especially in Mar del Sud.

“In Mar del Sud, there was a house that was always called the ‘German house.’ It was there in 2019 that a basement was found hidden behind a secret door located under a table and a carpet where books in German from the 1910s and 1920s were found,” Clavero, who now lives in Spain, told Zenger News in an exclusive interview. “I had been investigating for 15 days and I had found nothing, so then I contacted Julio B. Mutti, who is one of the experts in Nazi activity before, during and after World War II, and he searched those two names and found out that he was one of the founders of the Nazi party in Argentina.”

Richard Schmidt appears on three lists of important Nazis, including in the archives of the Nazi Party of Argentina, of which he was a founding member (July 1932). The second list bearing his name is as a member of the board of the Vicente Lopez German Society of Gymnastics, which has close connections to the Nazi political party. Third was a document, created by the Investigatory Commission for Anti-Argentinian Activities of 1941, on which Schmidt is registered as an important member of the Nazi party in the area of finances, second only to Heinrich Volberg. (No details have been released about Probst, the other name on the stone.)

Volberg was in charge of raising funds for the party among local German companies with operations in Argentina and was one of the few Nazi members expelled from the country in 1941.

As for Schmidt, he was born in 1886 in Breslavia, which is now part of Poland but was then part of Germany. That town had one of the highest Jewish populations in Germany prior to World War II and was widely plagued with antisemitism. In fact, Clavero said Breslavia later became a center for concentration camps where Jews were sent to their deaths.

The investigation done by the two experts found that in the 1950s, founders of the Argentinian Nazi party built the house. The property then changed hands at least three times, but all the subsequent owners also had German origins.

“This tombstone has generated a lot of questions, such as why it was hidden if the remains were removed, who buried it, why it was left there,” Clavero said. It is currently unknown if there are also bodies buried where the tombstone was found.

The owner of the property, who has not been named, has retained possession of the tombstone for now. Eventually, the owner wants to give the find to a museum.

The extensive presence of Nazis in Argentina, before, during and after World War II, stems from a variety of factors. Looming large, reports a recent ThoughtCo article on the subject, is that “Argentina clearly favored Germany and its Axis companies because of close cultural ties with Germany, Spain, and Italy. This is not surprising, as most Argentines were of Spanish, Italian, or German descent.”