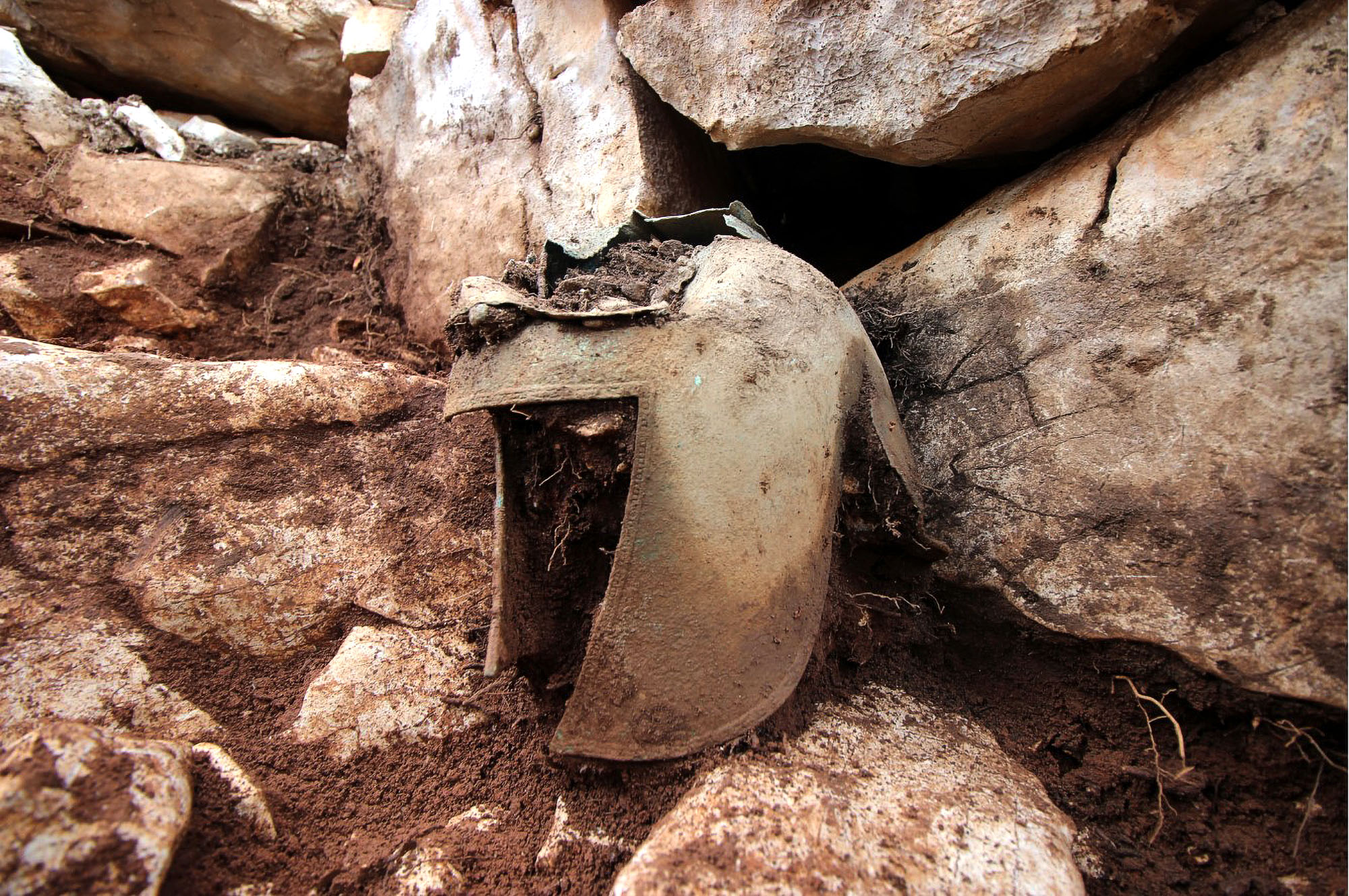 Ancient Greek warrior's helmet was found during an excavation in Croatia. (Dubrovnik Museums/Newsflash)

The helmet, along with other precious relics, were discovered in a tomb site on Zakotarac Mountain located on the Peljesac Peninsula in the Croatia’s Dalmatia region. The dig was coordinated by Prof. Hrvoje Potrebica of Zagreb University’s Archeology Department, in coordination with Dubrovnik Museums.

Experts believe the helmet was made in the southern Greek peninsula of Peloponnese between the 8th and 7th century B.C. However, it was apparently buried with a warrior about 300 years later.

The warrior, whose skull is no longer present due to decomposition, is thought to have been wearing the helmet, as it was found where his head would have been. The helmet is believed to have been used during the Greco-Persian Wars (499 to 449 B.C.) between the Greek city-states and the Achaemenid Empire.

Video of the dig shows archeologists making the rare discovery in a stone-cut tomb, where they also found the remains of two other people, as well as pottery, jewelry, spears and knives.

Potrebica said one of the other bodies discovered at the site was a woman wearing bronze jewelry, Archeology News Network reports. Other objects found in the graves include 15 samples of silver or bronze fibulae brooches, 12 needles, bronze spiral objects and hundreds of amber necklace beads.

Also discovered were more than 30 vases, considered to be the most expensive of the period, which experts believe were left at the graves as an offering for the afterlife. Dubrovnik Museums curator Domagoj Perkic said it is not known if the vases were bought or were battle spoils.

Greek-Illyrian helmets were developed between the 8th and 7th century B.C. in Peloponnese in Greece, and were later adopted by the Illyrians. Only about 40 such helmets have been found in Europe to date.