Karima Baloch was living in exile in Toronto after facing threats on her life. 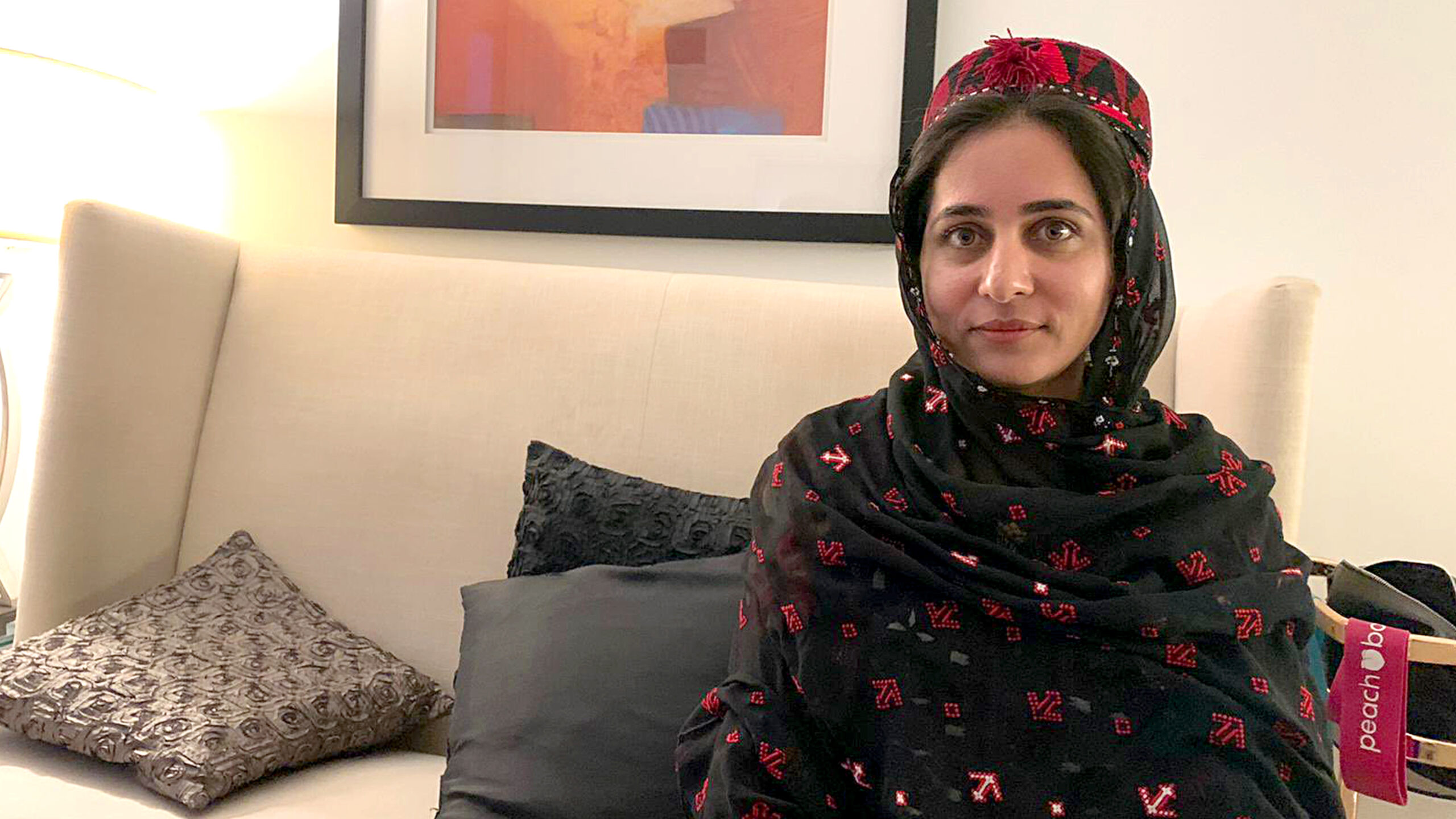 “It’s confirmed that my friend, colleague, and prominent Baloch politician Karima Baloch, is no more among us physically,” Lateef Johar Baloch tweeted. “Toronto police found her dead body in Toronto today. Please pray for her family and friends!”

Toronto police said Karima was last seen on Dec 20 at approximately 3 p.m., in the Bay Street and Queens Quay West area in Toronto. Police did not give a cause of death.

The former chairperson of the Baloch Student Organization, Karima was from the Kech area of Balochistan, 368 miles from the provincial capital of Quetta. Her parents are apolitical, but her maternal and paternal uncles were active in the Baloch resistance movement.

“Karima was a role model for the women of Balochistan. She was the reason Baloch women were politically enlightened,” said Mama Qadeer, an activist campaigning for the recovery of missing persons from Balochistan.

Qadeer said Karima’s death was a major setback, not only to the campaign for the recovery of missing persons, but also for the women of Balochistan.

“The perpetrators must be brought to justice without recourse to the death penalty,”  tweeted Amnesty International.

Karima came to the forefront in 2005 during a protest for missing persons in Turbat, 486 miles from Quetta. She was carrying a poster of her cousin who had gone missing. She later joined the now-banned Balochistan Student Organization Azad and rose through the ranks to become its first female chairperson in March 2014 after chairman Zahid Baloch went missing.

Though Pakistan had banned the organization on March 15, 2013, Karima kept it operational.

Qadeer said the security forces demolished her home in Kech due to her political activism, and that her mother and two sisters had to move to Karachi. “Her father works at a hospital in Muscat, while her brother is in Dubai,” Qadeer said.

Named one of the BBC’s 100 inspirational and influential women in 2016, Karima had raised the issues of Balochistan and gender inequality in Pakistan at UN sessions in Switzerland in 2014 and at the UN Human Rights Council in 2018.

Karima earned a bachelor’s degree from Turbat University in Balochistan, and was admitted to Balochistan University for postgraduate work. She did not continue her studies due to her schedule running the organization. 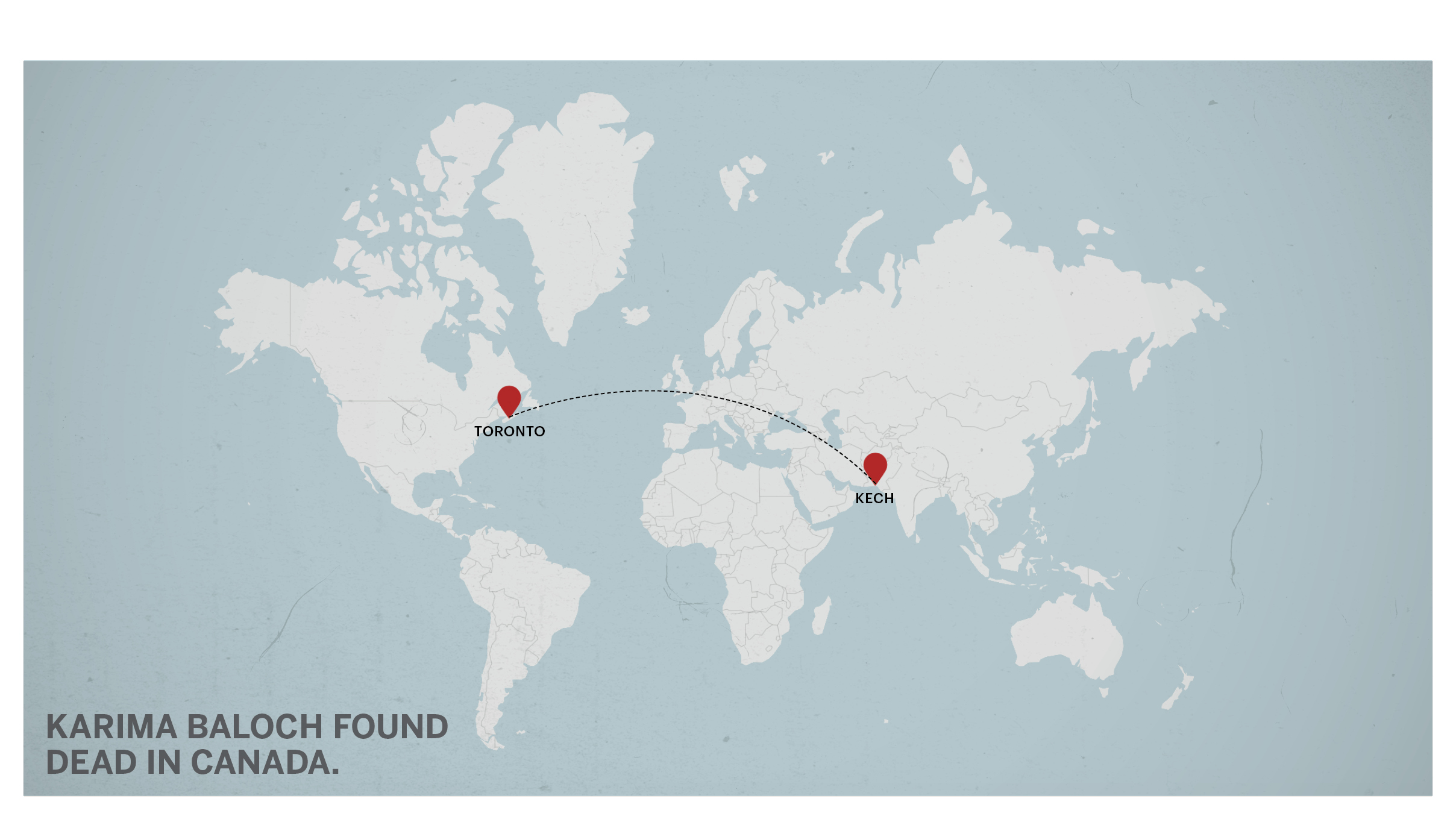 Later, as the security situation worsened because of her political activism, she fled to Canada, where she sought refugee status. She married Baloch activist Hamal Haidar Baloch, who was the victim of a knife attack in London two years ago.

Political disappearances and death threats to human rights activists are not new to Balochistan activists.

“The authorities in at least seven countries have informed us of possible attacks,” said Ahmad Waqas Goraya, one of five activists abducted in January 2017. After his release at the end of the month, he fled to the Netherlands. Since then, Goraya has criticized religious extremism and the military establishment of Pakistan.

Goraya said that he and other dissidents were warned in December 2018 that their lives were in danger.

“In February this year, I was attacked outside my house,” he said.

The cases were registered near the time that Indian Prime Minister Narendra Modi said.: “Time has come that Pakistan should be answerable to the atrocities being committed in Balochistan and Pakistan-administered Kashmir.”

In March this year, Sajid Hussain the chief editor of online magazine Balochistan Times and a part-time professor of Balochi language at Uppsala University, was found dead in the Fyris River outside Uppsala.

Hussain fled Pakistan in 2012 after receiving death threats over his reporting on forced disappearances and human rights violations in Balochistan. He had been granted political asylum in Sweden in 2019.

Goraya said Karima’s death follows the same pattern as that of Hussain.

“A Baloch who leaves home to possibly meet someone and then found dead,” Goraya said. “We see it as well-planned murder and possibly, there is a hit list. Karima may not be the last person to be murdered in exile. One other Baloch journalist was recently warned by a host state that his life may be in danger.”

Various provinces in Pakistan, particularly Balochistan, have recorded forced disappearances over the last decade. Human rights activists have accused the state of stamping out criticism and dissent. The government denies any involvement in the disappearances.

On orders of the Supreme Court, Pakistan’s government formed a   Commission of Inquiry on Enforced Disappearances under a retired judge in March 2011 to find missing persons and those responsible.

A commission report in September 2020, recorded 6,729 cases of enforced disappearance through August, of which 4,642 cases have been resolved.