Icy winds from the Himalayas chill the region every winter. 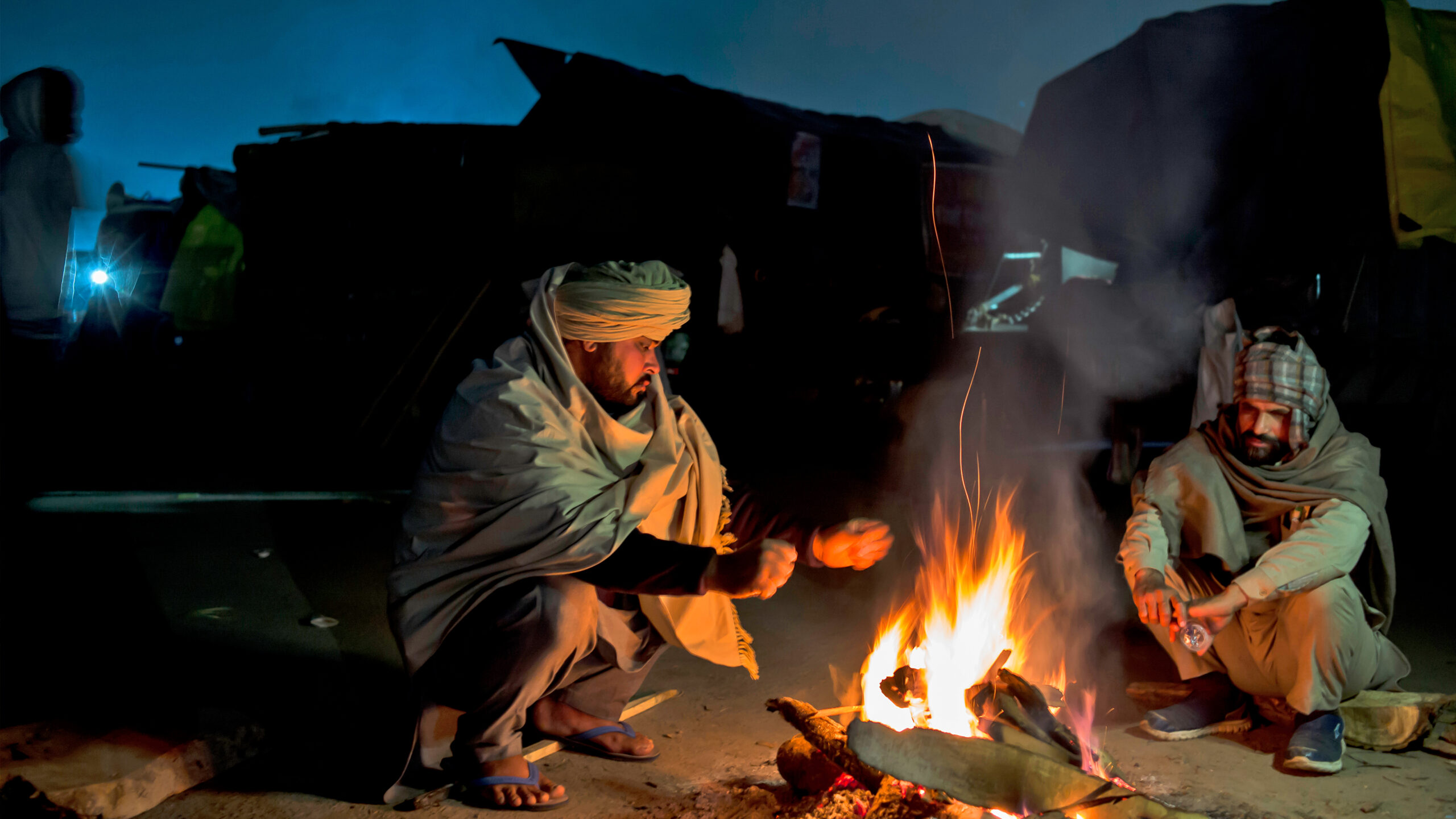 Farmers light a bonfire to keep themselves warm in the winter cold near the Delhi border. (Photo Courtesy Anindito Mukherjee/Getty Images)

DELHI — Icy wind from the Himalayas has wrapped India’s capital in a cold wave, with temperatures sinking to lows not seen in 90 years. Meanwhile, widespread air pollution has cast a cloud over the festive cheer.

Delhi recorded a low 3.4 degrees Celsius (38 degrees Fahrenheit) on Dec. 20, according to the Meteorological Department. Normal temperature is 8.4C (47F).

“Every winter, the biting cold shocks us, and makes us believe that this is abnormal,” said Kuldeep Srivastava, head of IMD regional weather forecasting. “But that is not the case. At the Lodhi Road observatory in New Delhi, we recorded temperature a little below 3 degrees Celsius,” he said. “The last time this happened was Dec 27, 1930. Last year, too, we had similar temperatures.”

“Whenever the sky is clear and cold winds blow down from the Himalayas and the Kashmir region, the north Indian states witness a cold wave. The next cold wave is going to start from Dec. 21. The minimum temperature will drop further, and it will stay here till Dec. 26.”

While the temperature rose to 6C (43F) on Dec. 21, the cold wave is expected to continue.

“This sort of a dip happens every year, when western disturbances cause rain and snowfall in the Himalayan regions of the country,” Jagvir Singh, director at the National Centre for Medium-Range Weather Forecasting, told Zenger News.

“Cold winds from the snow-covered mountains in Kashmir and Himachal Pradesh bring down the temperature in Delhi and surrounding areas every year,” he added.

The states of Punjab, Haryana and Uttarakhand as well as India’s National Capital Territory, which includes the city of New Delhi and several satellite cities, are at the foothills of the Himalayas. 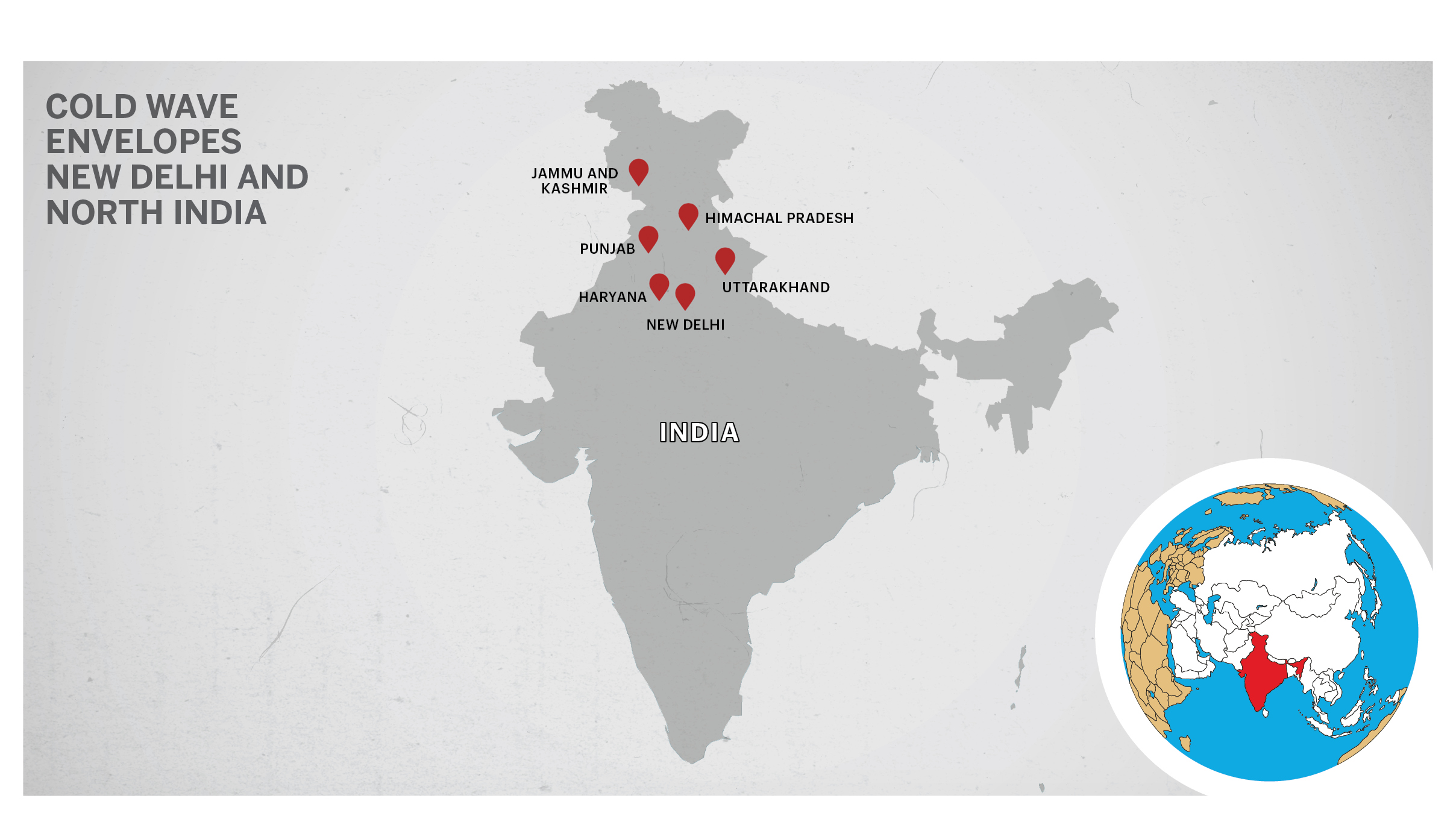 Since the 1960s, Delhi’s average temperature has been on the rise, generally attributed to global warming, but winters remain cold.

This year, cold waves are expected to last until about Feb. 10.

“Temperatures will start stabilizing and eventually rising after that,” said Srivastava. “That’s when the winter season will be over.”

The cold weather is also accompanied by thick fog.

The Central Pollution Control Board’s data shows that the overall air quality index (AQI) on Dec. 20, with heavy fog, was categorized as “very poor,” down from “poor” on Dec. 19.

India’s capital is one of the most polluted cities in the world, and the air quality deteriorates significantly in winter.

Avinash Kumar, a member of Greenpeace India, said he had hoped the lockdown would lead to lower pollution levels.

“But the thick fog cover over Delhi is as bad as last year,” he said. “The lockdown didn’t have any impact. Festivals like Diwali in November and crop-burning led to worsening air quality.”

During the Hindu festival of Diwali revelers light lamps and set off firecrackers. Despite a ban on fireworks in some states this year,  many ignored the ban, and air quality deteriorated.

“We talk about pollution only in winters when we can see the fog,” said Kumar. “Festivities are not the only reason for this bad air quality during the winter. We need to look at the long-term causes behind air pollution and try to find solutions.”