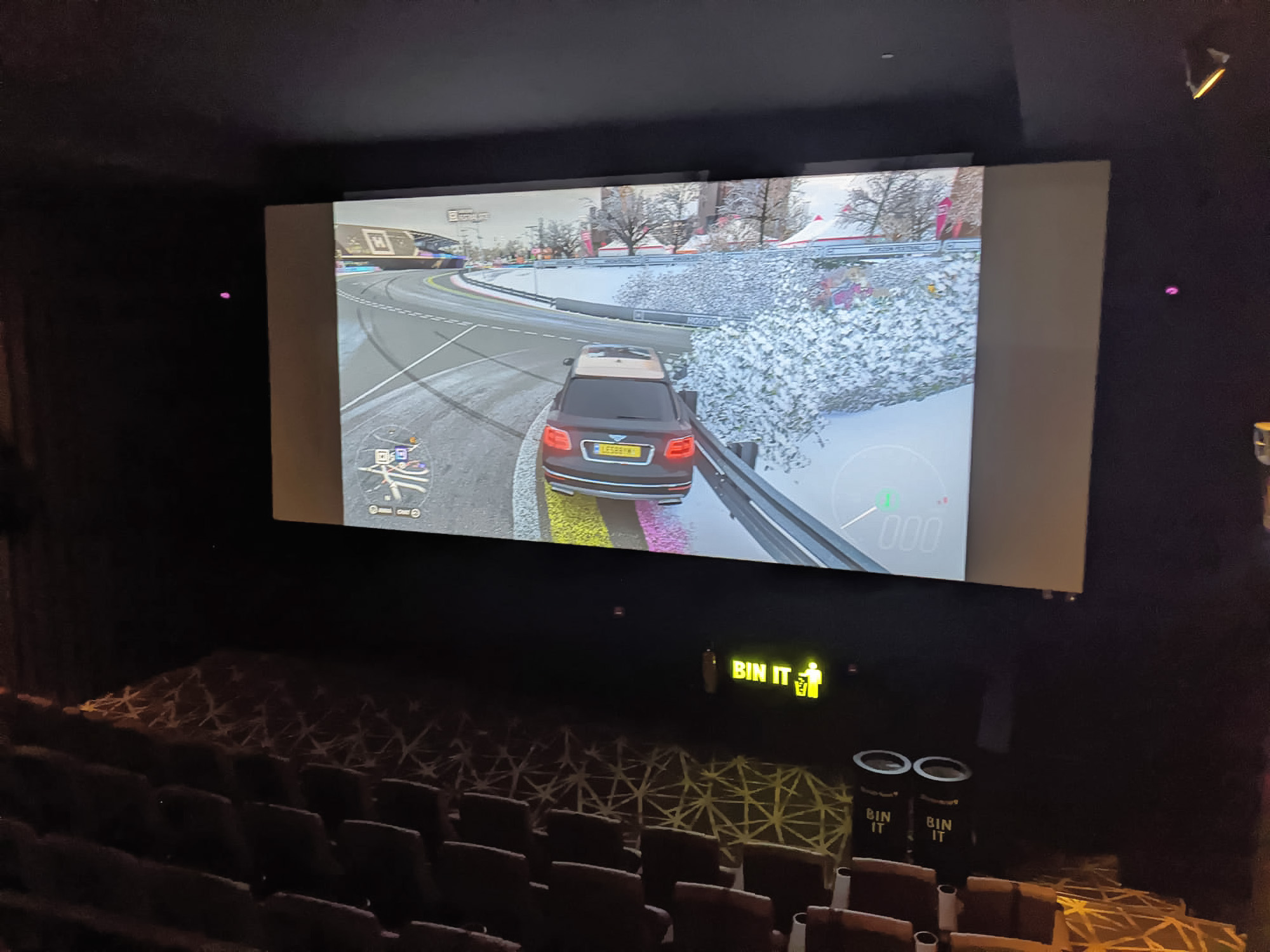 "Out of the five [major] cinema operators in Singapore, only one was able to make my request possible." (Les Yam/Zenger News)

SINGAPORE — A group of gaming pals took advantage of coronavirus-related closures of Singapore‘s cinemas to book a theater to play Xbox games on its big screen.

Les Yam, 32, told Zenger News the group paid $435 Singapore (roughly $325 U.S.) last month to reserve the cinema for three hours.  As an avid gamer, he said it was a once-in-a-lifetime opportunity  they could not afford to miss.

“I emailed all the cinema operators regarding the possibility of renting an entire cinema hall just for playing games. Out of the five [major] cinema operators in Singapore, only one was able to make my request possible. In addition to renting us a theater for three hours, they also offered us free popcorn and soft drinks.”

He was allowed to plug his Xbox One S console in for a test prior to booking the cinema in Funan Mall, but had to pay up front.

“Although the price wasn’t cheap, we didn’t regret spending the money, as the experience was epic and awesome,” he said. “Games on the big screen and surround-sound system made our experience a truly unforgettable and immersive one. It’s a once-in-a-lifetime moment that we will never forget.”

The games the group played were “Tumblestone,” “Think of the Children” and “Moving Out,” all of which can take up to four players.

“The reason we didn’t play more graphic-intensive games on the big screen was that I wanted a lighthearted and friendly game so my friends could enjoy it, although I have to admit I kind of regretted not trying more intense games, like Call of Duty or Battlefield, on the big screen. I would definitely try those games if I come back for the second time.”

Yam also encourages gamers around the world to play a videogame on the silver screen.

“Businesses are shutting down one by one, and people are spending less time outside. Why not give yourself a chance to come together in a small group (with your mask on at all times, of course) to support your local businesses? And, at the same time, enjoy this moment of excitement and laughter with friends and family while the world continues to battle this relentless Covid-19 pandemic.

“Let’s bring hope and joy to one another during this difficult time.”

Movie theaters, like other entertainment-related businesses, are looking for ways to survive the Covid-19 closures and restrictions.

“Such measures have kept cinemas, concert halls, exhibition centers and stadiums around the world closed for much of 2020 so far,” consulting firm PwC notes in its forecast for the global entertainment and media fields through 2024. “Shifting performances and other events online has proved popular, and Epic Games’ ”Fortnite” can now be credibly described as the world’s largest event space, capable of hosting major live music, cinematic and other experiences.”

«Previous Post
Car Bomb Targeting Lawmaker in Afghanistan Kills at Least 9»Next Post
Rolling Along: Despite Recession, Bicycle, Tractor Sales Up in India