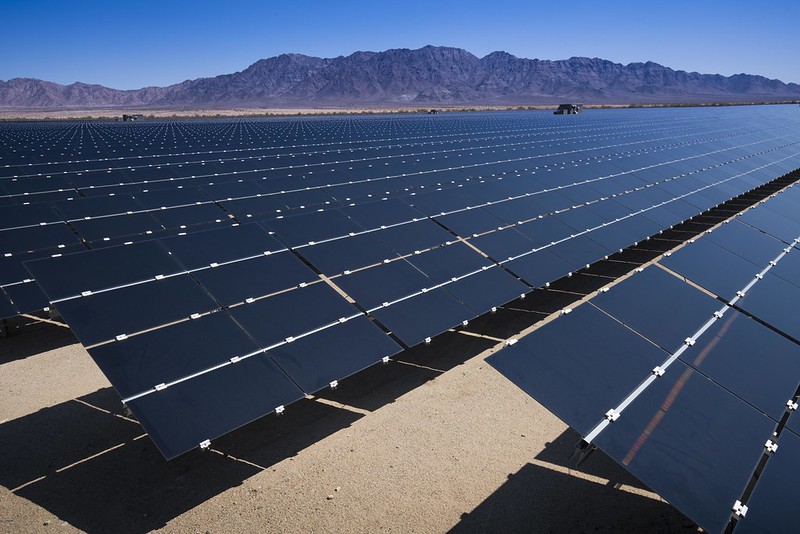 WASHINGTON, D.C. — With the prospect of a COVID-19 vaccine raising hopes for a downtrodden economy, business closures and sickness, many energy industry experts believe renewable energy can be a central driver of economic recovery in a post-pandemic world.

At a recent Reuters Events: Future of Renewables conference, energy industry leaders and investors discussed the potential for renewable energy investments to spur economic recovery following the coronavirus pandemic and nearly a year of lockdowns.

“In this unprecedented time, when we need to have an economic recovery where we can turn this crisis into an opportunity and address our economy in a way that’s sustainable,” said Elisabeth Brinton, executive vice president of new energies for Royal Dutch Shell.

The pandemic is expected to take a hit on economies across the globe. In June, the World Bank forecasted that the lockdowns and other safety measures enacted to slow the spread of COVID-19 would decrease the global gross domestic product (GDP) by 5.2%. The effect will be even worse on advanced economies, which are expected to suffer a 7% drop in GDP.

Some countries are using COVID-19 stimulus packages to make significant investments in clean energy, while others are not, according to the Institute for Energy Economics and Financial Analysis. Of the $11.8 trillion in stimulus spending announced worldwide, about 30% is focused on sectors that can have an impact on the environment, including clean energy projects, biodiversity or pollution mitigation, according to a report from Vivid Economics.

Each country’s commitment varied, according to the Rhodium Group, as more than 20% of the European Union’s stimulus spending has focused on climate-related projects, while the U.S. has only focused 1.1% of its stimulus spending on similar projects.

In March, the International Energy Agency issued guidance for how governments can make renewable energy a central part of their economic recovery plans, said IEA Executive Director Fatih Birol. While emissions have declined during the economic slowdown, Birol is concerned that could be lost in a recovery.

“The next three years are critical for how we get out of this crisis. We have to put green energy at the heart of a sustainable recovery,” he said. “I’m concerned the decline in emission will go back where it was if we don’t put the right energy policies in place.”

Several of the leaders said they are expecting a remarkable increase in investments devoted to renewable energy production. Ruth Kent, managing partner and chief operating officer for asset manager Brookfield Renewables, said the worldwide energy market is at the early stages of a decade-long transition from fossil fuels to renewable energy, with anticipation that $5-$10 trillion in renewable energy investments will be made in the coming decade.

An economic recovery through renewable energy will likely rely on a significant increase of deployment of solar and wind energy infrastructure, several experts said during the online conference.

“Wind and solar are the cheapest renewable option. They are costing less and less,” said David Giordano, managing director and global head of renewable power for global investor BlackRock. “Solar modules are becoming more efficient and utilities are getting more power out of their investment dollars.”

However, to reach renewable energy targets and spur further economic recovery, governments will need to continue to offer some subsidies to renewable energy technology, while also making sure there’s a significant cost associated with using carbon-based fuels, such as coal, oil and natural gas.

“The only misstep that some renewables have made is to push too hard for subsidies in some markets,” said Mike Crawley, CEO of renewable energy provider Northland Power. “It created a backlash from ratepayers.”

“We can see an expanding economic recovery well beyond where we are today,” he said.

However, while wind and solar have become the most cost-effective renewable energy options, the choice between these options depends upon the geographic conditions of the area where the energy source will serve.

Areas that have significant available land will often choose to go with solar, said Crawley, adding that trend will only accelerate when more battery storage becomes more cost effective. However, in areas with scarce land and available shoreline, such as the Eastern United States or the United Kingdom, offshore wind farms better serve the need to meet renewable energy targets, he said.

“There is tremendous growth for offshore wind in Asia,” Crawley said. “Basically, anywhere where there are land constraints, we’ve seen offshore wind accelerate.”

Several leaders at the conference said the drops in cost for solar power in particular were both surprising and encouraging.

“Everyone has underestimated the impact of solar. In California, there’s a higher and higher penetration level,” Giordano said.

Battery and energy storage technology is seen as a crucial element of renewable energy deployment. Many forms of renewable energy are intermittent and depending on certain conditions. Solar power doesn’t work and night, and calm days reduce the effectiveness of wind power. To counter these issues, utilities will add natural gas plants or other power resources to back up renewable power. But Kent said the technology for energy storage is making progress as well.

“Economically, it’s not ready for wide scale deployment, but the cost trajectory is good,” Kent said.

One resource that has emerged to help boost renewable energy growth are electric vehicles and the batteries that power them. Advanced utility grid technology can draw energy from these EV batteries when renewable energy production wanes.

“We have to look beyond renewable energy to identify other carbon reduction technology. These improvements are necessary as well,” he said.

Meanwhile, the transition from fossil fuels to renewable energy isn’t just a project for upstarts and renewable energy-focused companies. Several traditional oil and gas companies are getting into the game. Julien Pouget, senior vice president of renewables at French oil producer Total, said it isn’t just the young employees at energy companies who are embracing the challenge of meeting climate changes too, but existing leadership teams are also working to make the transition.

“The energy majors have a significant role to play,” Pouget said.

“They have had to be on these assets for months at a time,” she said. “They’re a different type of frontline worker, but they’re keeping homes and businesses supplied with power, heat and air. It’s an amazing personal sacrifice.”