The two teens had inadvertently crossed into the Indian-administered part of the hotly contested Kashmir region. 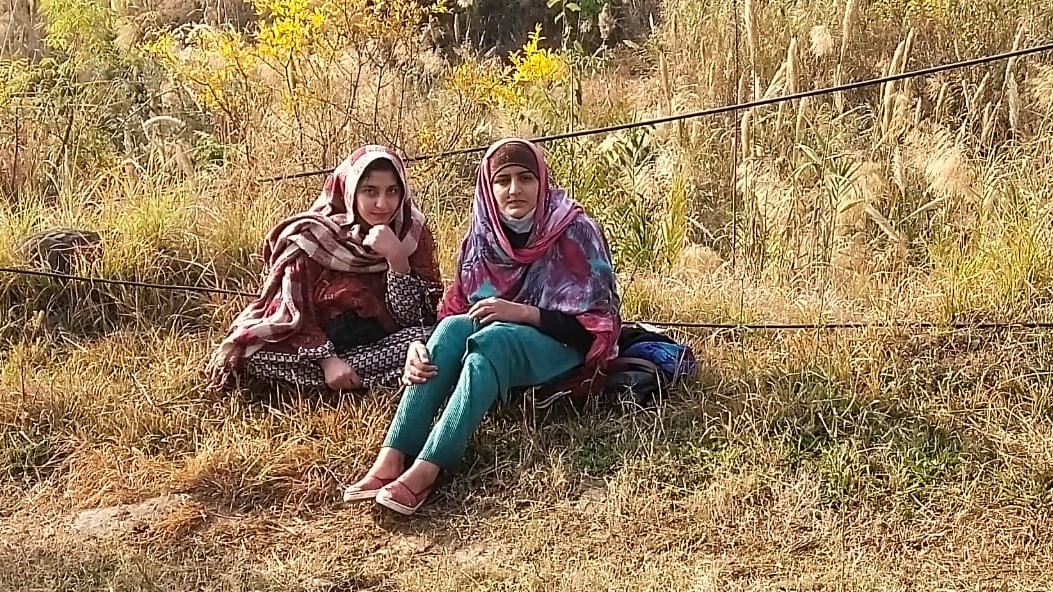 ISLAMABAD — In a rare goodwill gesture in the tense disputed region of Kashmir, Indian Army officers on Dec. 5 allowed two teenage sisters who had inadvertently crossed the border from the Pakistan-administered side to return home within a day.

The repatriation of 17-year-old Laiba Zubair and her 13-year-old sister Sana Zubair was a peaceful event during months of heavy exchange of fire between India and Pakistan over the territory. Pakistan controls the northwest portion, while India controls the central and southern portions. China controls another part.

The sisters immediately told the armed Indian Army officers that they had crossed the Line of Control by mistake.

“We both were scared,” Laiba said. “The two army men lowered their guns and asked us to accompany them. They took us to the camp, and after a brief questioning conducted our Covid-19 test. It was around 10 p.m. when they handed us over to women police personnel, who took us to a guest house.”

The next day, Laiba and Sana were transferred to Pakistani authorities at the Tetrinote-Chakan da Bagh crossing point in Poonch district on India’s side of the Line of Control.

The teens described how they happened to fall into occupied territory: After an argument with their brother, they left their house in a fit of anger.

“It was already dark, and we finally reached a water stream. We decided to walk along the stream,” Laiba said. “As we walked, Sana got scared and started to cry. I tried to console her and then she slept. After a while, I fell asleep as well.”

The next morning, they resumed walking. Laiba said they had no clue where they were.

“Sana saw two uniformed men in the bush, and the moment they saw us, they pointed guns at us,” Laiba said. “At that moment, I realized we were not on the Pakistani side of Kashmir anymore.”

Meanwhile, chaos had erupted at the home and in the village of the two sisters.

“Our mother was hysterical, and relatives came to our house to inquire,” said Hamza Zubair, the girls’ brother. “The next day, we came to know through social media that my sisters were in Indian Army custody. All hell broke loose in our house.” 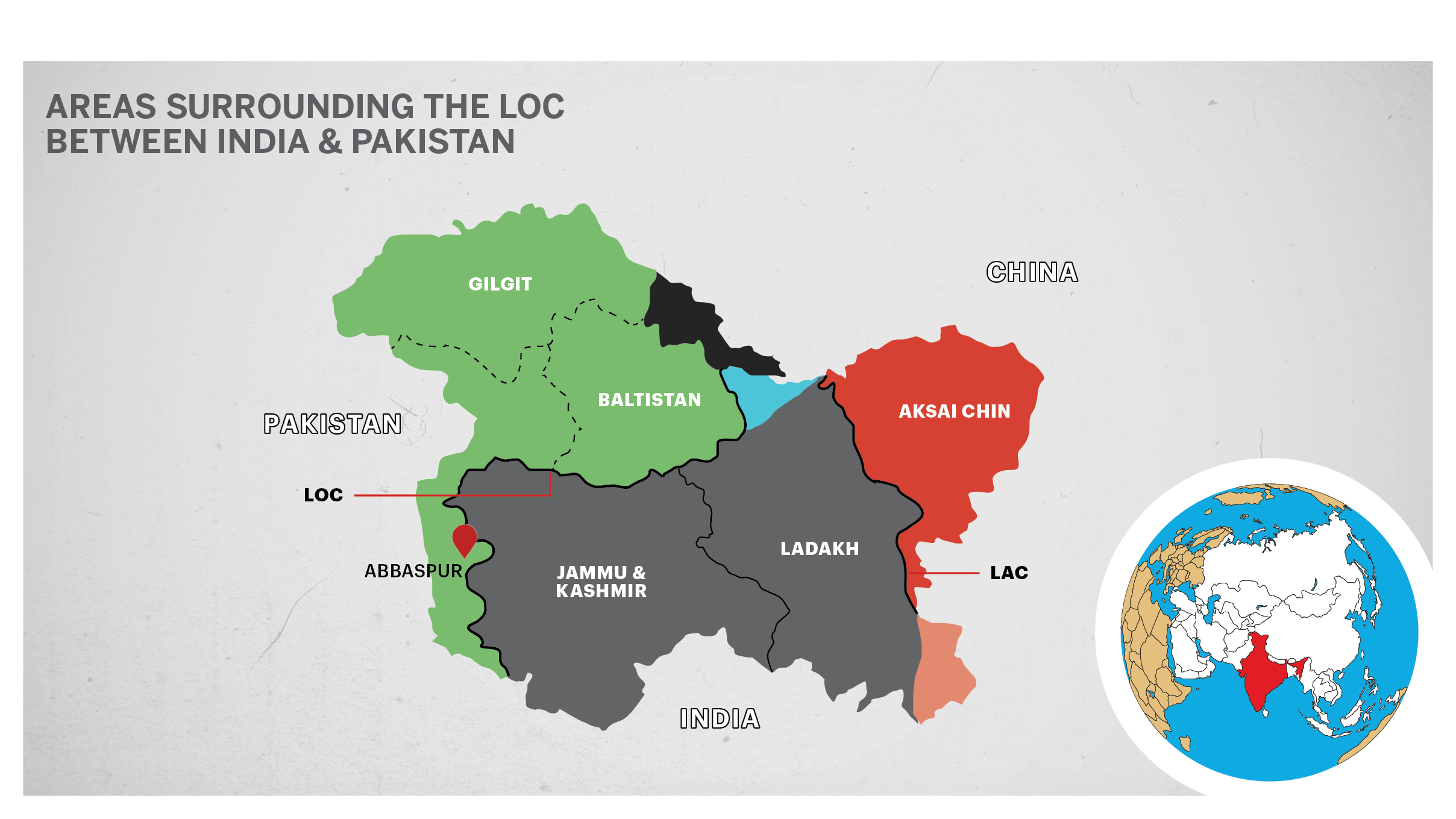 The siblings’ father died last year, leaving Hamza, a butcher, as the family’s sole support. He filed a missing report at the local police station soon after his sisters ran off.

Social media was flooded with videos and posts from people in Pakistan appealing to the Indian Army to safely return the sisters.

“It is fortunate that for once the Indian Army has not doubted these minor girls as terrorists, something they have been habitual of doing in the past. Thank God the young girls are back to their homes, contrary to widespread fears,” Naila Altaf Kayani tweeted from Pakistan.

A video taken while the girls were in Indian custody shows Laiba saying that they crossed the Line of Control by mistake, and that the Army detained them and briefly questioned them.

Many people from India and Pakistan every year accidentally cross the Line of Control, which divides the disputed Himalayan region. Villagers inadvertently cross the temporary border fence as they cut fodder and herd cattle.

The recent incident involving the sisters is among the very few times detainees have been repatriated so quickly. Despite an agreement between the two sides for early repatriation of those who inadvertently cross the border, not everyone has fared as well as the two sisters.

A 40-year-old resident of the Pakistan-administered region was shot dead on Sept. 17 by Indian forces after he supposedly inadvertently crossed the Line of Control.

The United Sates Institute of Peace, in its 2017 report “Ceasefire Violations In Jammu And Kashmir,” said the standard operating procedure on the Indian side is to send the person who has either crossed the Line of Control or the international border inadvertently to Jammu and Kashmir [Indian] police custody for interrogation, and return them if found innocent.

“Normally, you inform the other side as you get to know them,” Tariq Majid, a retired Pakistani army lieutenant general, is quoted in the report. “There is no institutionalized arrangement. Inevitably, it takes time. The agreement on inadvertent crossings has been on the table, but we are stuck because the political climate changed.”

However, Tariq said at times the forces on the ground take a more compassionate position.

The issue of the speedy return of people who cross the border inadvertently has been periodically taken up at meetings between India and Pakistan. During meetings between military officials from both countries in December 2013, it was decided they would “inform each other if any innocent civilian inadvertently crosses the Line of Control, to ensure his/her early return.”

A formal set of procedures is yet to be put in place.

In August 2014, Pakistan handed back an Indian soldier who had been swept away by the Chenab river into Pakistan-administered Kashmir. In September 2015, an Indian civilian woman was returned.

Territorial disputes over the Kashmir region sparked two of the three major Indo-Pakistani wars in 1947 and 1965, and a limited war in 1999.

“Although both countries have maintained a fragile ceasefire since 2003, they regularly exchange fire across the contested border.