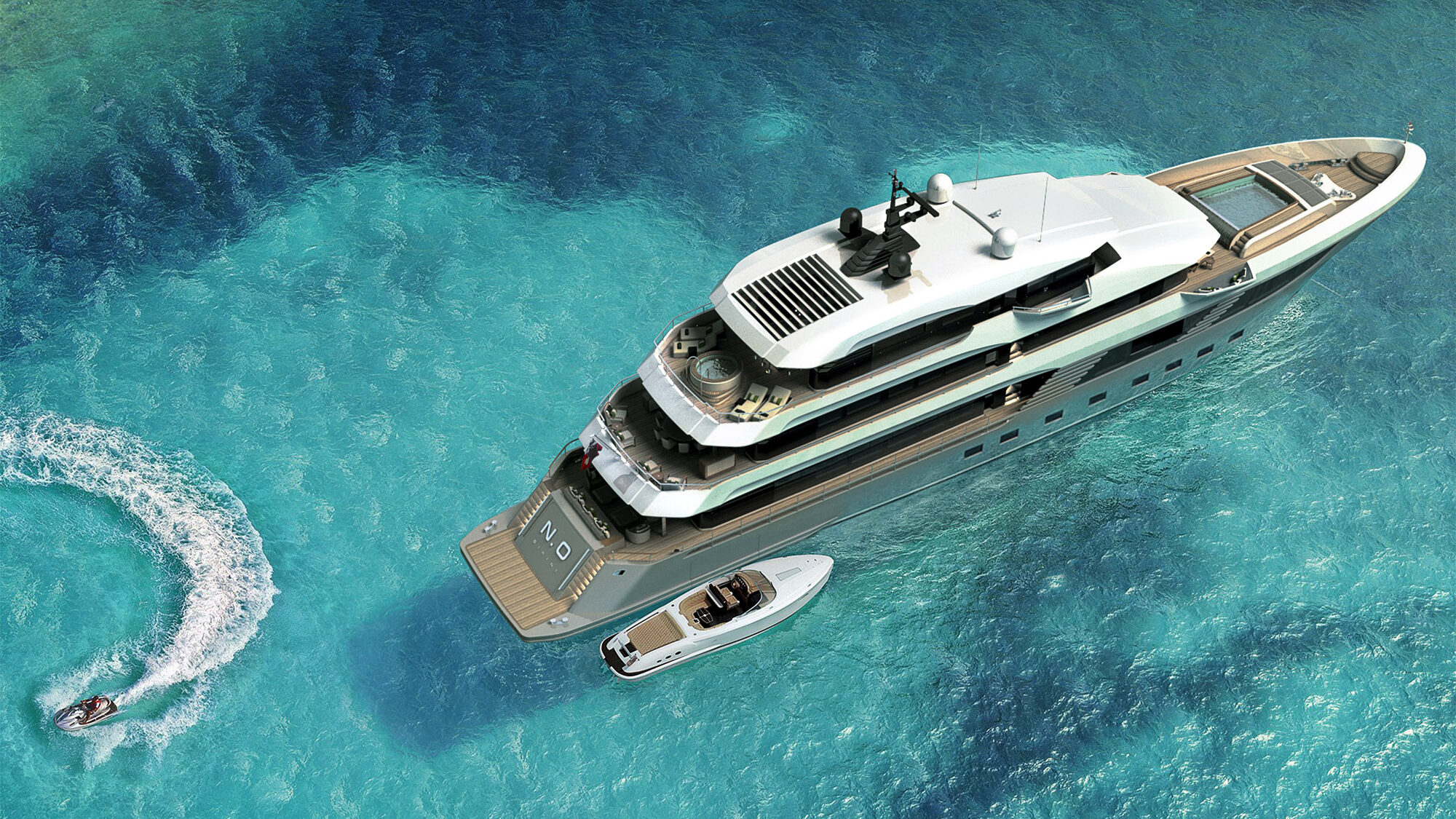 Gulf Craft, based in Ajman, unveiled the Majesty 175 alongside its owner in a splashing ceremony in late November, marking the end of a four-year effort to build the company’s largest yacht to date. The company identified the buyer only as “a prominent Emerati businessman” and did not disclose the price he paid for the vessel.

With a length of 177 feet and a beam of 31.5 feet, the boat is also the world’s largest composite yacht, meaning its hull is made of different materials such as carbon fiber and vinyl ester to provide greater strength and less weight. The vessel “cements the shipyard’s position as a leader on the global superyacht stage,” according to Gulf Craft.

Italian designer Cristiano Gatto created the lines for the boat’s interior and exterior, while the naval architecture was provided by Massimo Gregori Grgic of Yankee Delta Studio.

At 780 gross tons, the Majesty 175 offers accommodations for 14 guests in seven staterooms, as well as six large crew cabins and private captain accommodations. The owner’s suite is situated forward of the upper deck, allowing dual-side access to a 16-foot pool.

The yacht is propelled by two fixed-pitch, six-blade propellers powered by twin, heavy-duty motor and turbine union (MTU) engines. Her onboard electrical supply is generated by a pair of Kohler generators and is equipped with two pairs or TRAC fin stabilizers, giving it a full speed of 16.5 knots.

The Majesty 175 has a range of 4,000 nautical miles, making her a transoceanic vessel. All safety equipment required for a yacht over 500 gross tons has also been installed, including a rescue boat and an emergency generator.

“This is a very special day in the history of Gulf Craft. I’m proud of everyone who contributed to this magnificent jewel and to launch it today as the largest composite production megayacht in the world,” Gulf Craft’s Chairman Mohammed Hussein Alshaali said in a press statement obtained by Zenger News.

Prior to the vessel’s reveal, the 48M SuperSport, built by a Norwegian subcontractor and launched by Palmer Johnson, was the largest composite superyacht worldwide, with a hull of 150 feet and 36-foot beam.

(Edited by Carlin Becker and Matthew B Hall)