‘Tis the Season for Fights Over Christmas Displays 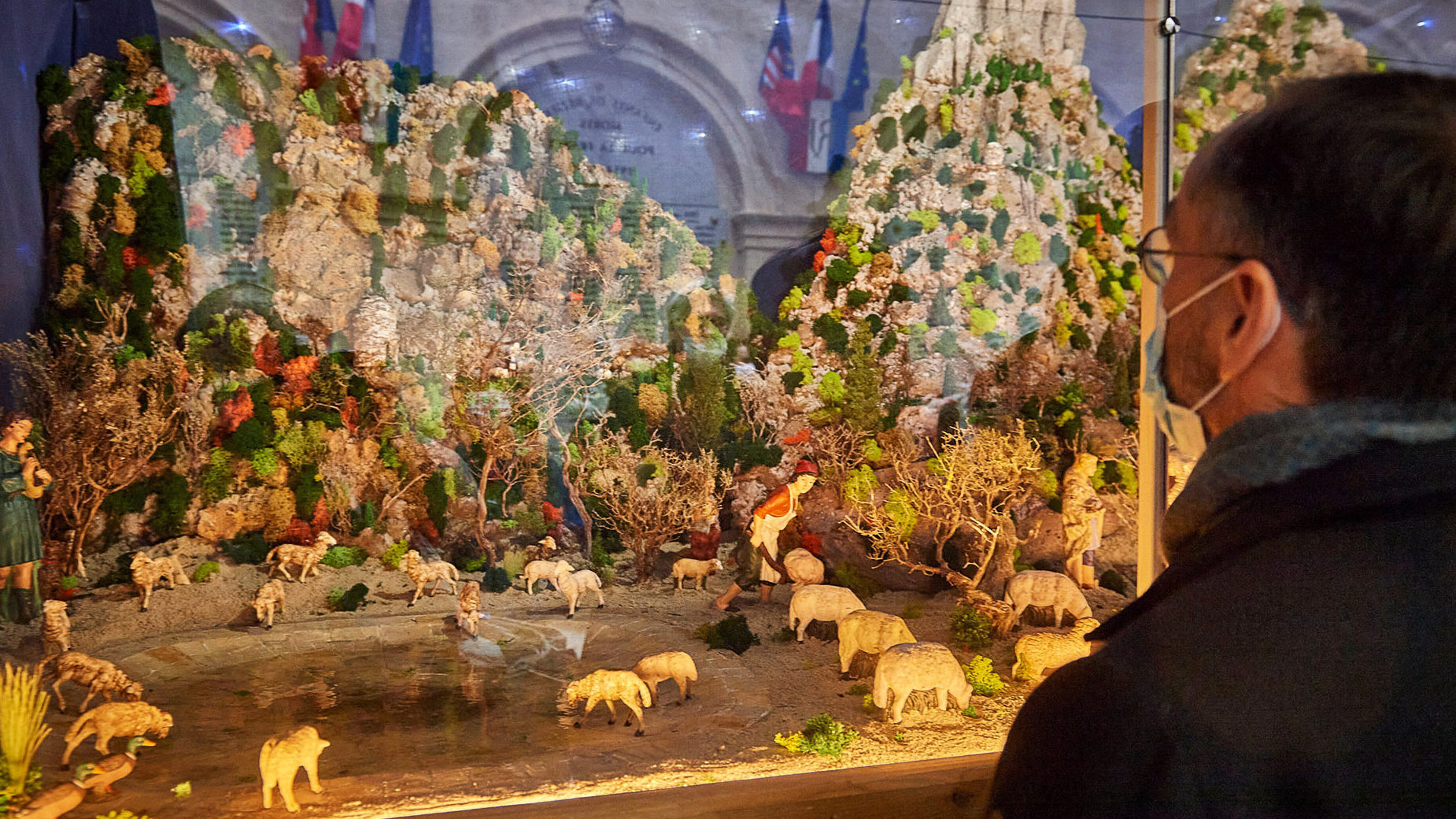 The Christmas crib of the city of Beziers in the main courtyard of the Hotel de Ville. (Photo by @VilleDeBeziers/RealPress)

BEZIERS, France — The mayor of a town in Southern France has again set up a nativity scene within its municipal building, defying the country’s secularism laws.

The glassed-in religious scene was installed earlier this month in the town hall of Beziers, at the behest of Mayor Robert Menard. That is in apparent violation of France’s strict secularism laws (called “laicite” in French), which are designed to enforce a separation of church and state.

Displaying religious symbols in spaces administered by the Republic, such as schools and administrative offices, is against the law.

Various associations, including SOS Racisme, as well as left-wing opposition parties and elected officials, have expressed outrage at what they see as Menard’s disregard for state principles. They have filed complaints, asking the authorities to step in, but no legal action has been taken this year — nor, apparently, during the previous years the same display was erected.

In 2017, the judiciary ordered the mayor to remove the nativity scene. It was moved a bit further away, to a local council office. In 2018, the same incident occurred. (The scene was apparently also erected in 2019, but information on whether it caused any controversy then was not immediately available.)

This year, the scene depicting the birth of Jesus was installed on Dec. 4, a town spokesperson said. “This is the fourth year we have run the nativity scene and the prefecture and the authorities have not filed any legal motions against the city in previous years. We see no reason why they would start now.

“Thousands of people go to see the nativity scene every year and absolutely love it.”

The spokesperson also disputed accounts claiming social-media responses to the scene have mainly been negative. “The reactions there are overwhelmingly positive,” the town representative said.

The spokesperson added that every year, the display has a specific theme. This year’s is “Arriere Pays,” which loosely translates into English as the “hinterlands,” with a focus on local mountainous landscapes. Previous years’ themes have centered on small local businesses and other aspects of the area’s culture.

Zenger contacted the prefecture seeking comment and clarification of its position, but had not received a reply at press time.

Similar disputes occur in other countries with laws calling for the separation of church and state, including the U.S.