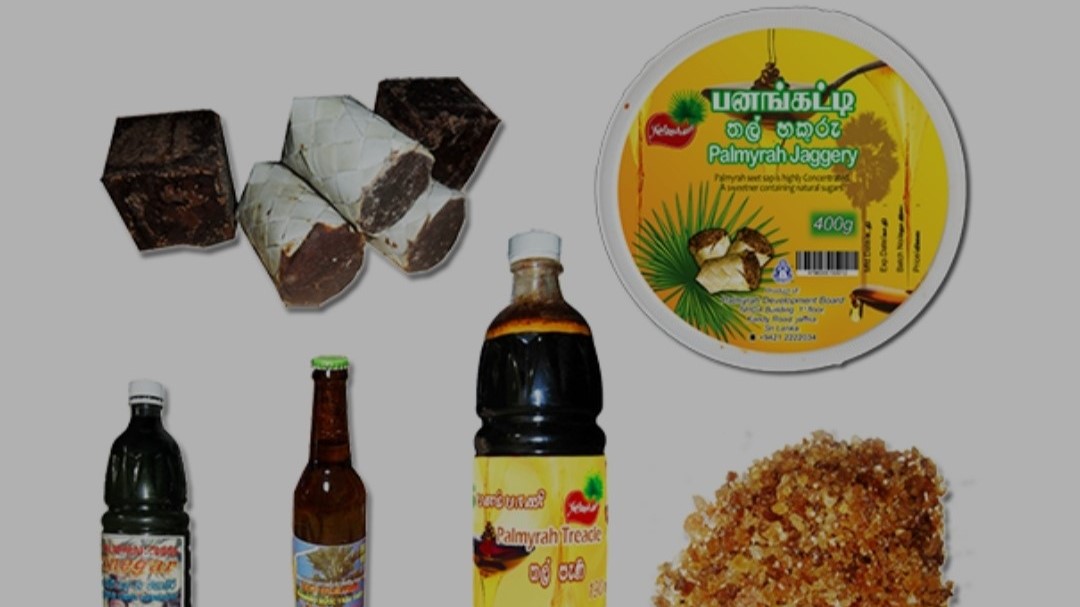 In Sri Lanka, palmyra is found mostly in north and northcentral regions, while kithul is found in the south Photo Courtesy Palmyra Board Development

COLOMBO — Sri Lanka’s plan to boost exports of treacle of palmyra and indigenous kithul has encountered a major hurdle in lack of workforce. Communities that were engaged in extracting sap from trees have moved on to other professions and few know to convert the sap to treacle.

“Communities whose livelihoods used to be based on tapping and preparing the palmyra syrup have found other occupations,” Krishnarajah Selliah, a historian, told Zenger News.

“Younger generation have moved out to cities for their education as they wish to work in better jobs.”

President Gotabaya had in August this year proposed creation of a more people-centric economy. In line with this proposal, the cabinet of the nation government had on Dec. 15 approved kithul as a plantation crop and the establishment of a development board of it.

In a bid to increase exports, the current government has been exploring different avenues.

Palmyra and kithul palms are strikingly similar to look at — but there are differences. The botanical name of the former is Borassus flabellifer; it has leaves that look like fans and it can be found in the southern Indian state of Tamil Nadu as well as other Southeast Asian countries.

The kithul tree, whose botanical name is Caryota urens, is endemic to Sri Lanka.

In Sri Lanka, palmyra is found mostly in north and northcentral regions, while kithul is found in the south.

Both produce a milky sap which caramelizes into treacle when heated at 105 degrees Celsius.

In 2009, Mahinda Rajapaksa, current prime minister who was then president, developed a plan for boosting rural businesses. Kithul was identified as an earner of foreign revenue and the Ministry of Rural Economic Affair was made in charge of its cultivation.

Over 1,400 tappers were trained from 14 districts to increase sap extraction from kithul trees.

By contrast, the treacle produced from palmyra hasn’t been as lucrative.

The Palmyra Development Board (PDB) has been functional since 1978. The auditor general’s reports show that production levels had fallen since 2009.

Another report from 2016 shows that the board was making losses and had not tabled annual reports for 2015 and 2016. Also, model farms set up in four districts have been running in losses since 2013-2017.

Cultivation of both kithul and palmyra trees is difficult.

Both palms take at least 8-15 years before they begin to flower and produce sap. Production differs from one tree to another, and they die after one or two seasons. Older tappers used to pass on the knowledge from one generation to another but younger generations don’t seem interested in it.

“We don’t have enough workforce but we are trying to address it by inviting people to do a six-month course on palmyra agriculture by the Vocational Training Authority of Sri Lanka,” Krishantha Pathiraj, chairman, PDB, told Zenger News.

“Those who receive the certification could become professionals,” he said. “We are also trying to make the task of extracting sap easier by introducing machines.”

The PDB has recognized 11 districts where sap can be extracted. “There are 11 million palmyra plants in Sri Lanka,” said Pathiraj.

President Rajapaksa has also ordered for palmyra trees to be planted in areas susceptible to landslides.

“It is possible to plant palmyra trees in landslide-prone areas as the roots of the tree hold the soil together preventing erosion,” S. Srivijeindran, deputy general manager and researcher at the PDB, told Zenger News.

Treacle extracted from kithul and palmyra are used in various ways in the country.

Mixed with curd, it is served as a dessert. A drizzle of treacle over pistachio ice cream is very popular. Some coffee houses in Sri Lankan capital Colombo also use kithul syrup instead of Canadian maple syrup for their pancakes and serve cystalized palmyra cubes with tea.

But these syrups are more expensive than regular, white sugar. A 750 milliliter bottle syrups is priced at $6.73, whereas a kilogram of white sugar costs $0.59. So, demand is not really that high locally.

“Sri Lanka is soon going to begin tapping all markets in the world, but our current focus is on the US, Canada, and Europe,” said Pathiraj.

Trade data shows the total kithul exports to be 22-57 tonnes in recent years. UK is the main market for this. The Sri Lankan expatriate community in France, Italy, Germany, and Switzerland also buy this product.