Take out that old ugly sweater and wear it on December 18.
By Vanessa Sam and Christian Valera Rebolledo December 18, 2020
Facebook
Twitter
Linkedin
Email 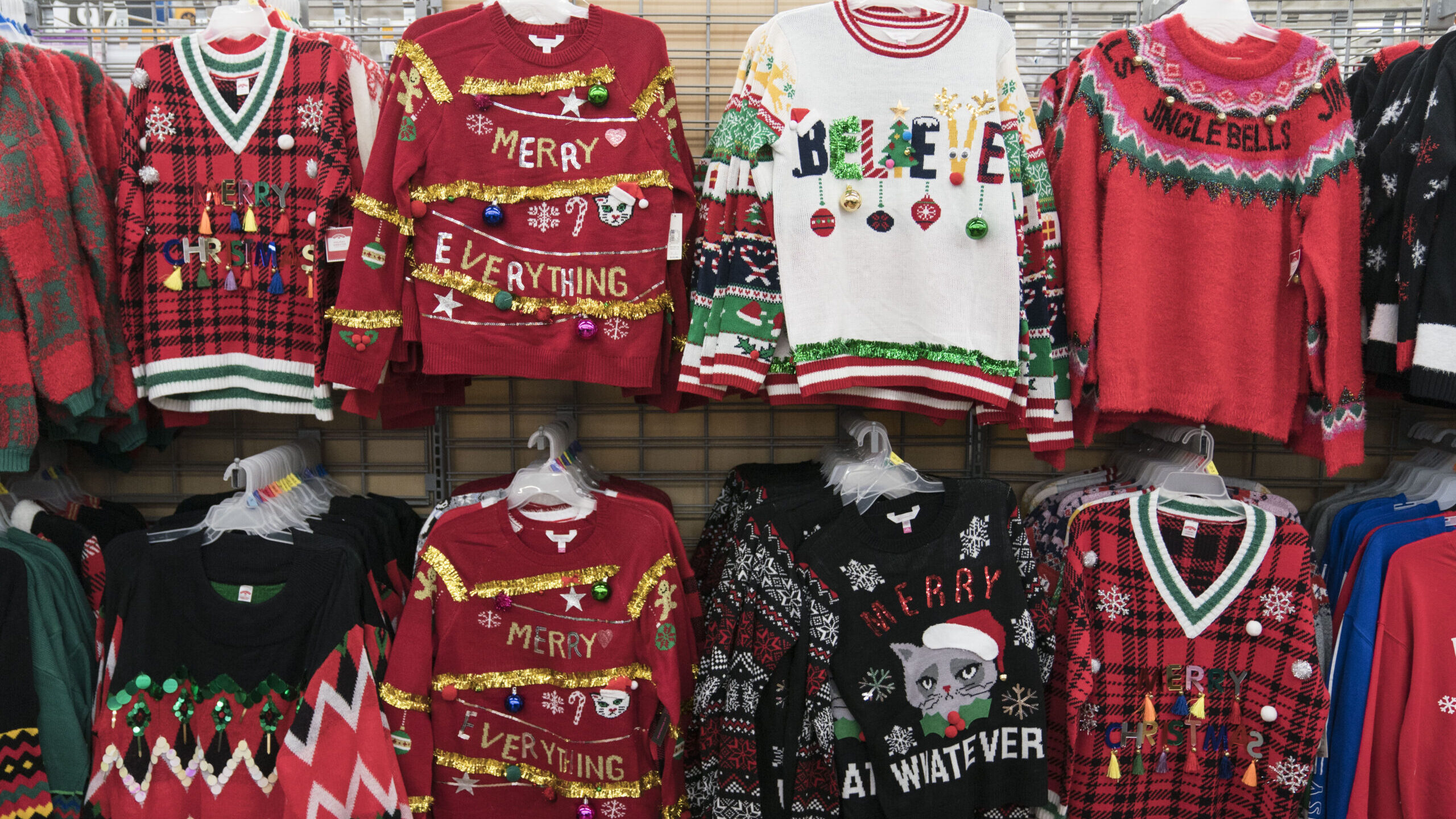 'Tis the season of sweaters in all shapes and sizes. (Photo by Sarah Silbiger/Getty Images)

How can one recognize an ugly Christmas sweater?

Its colors are the first indication. Red and green stand out, especially when they include pine trees, reindeer, snowmen, or other Christmas symbols. The dress code for the holiday is simple—any sweater or sweatshirt that sticks to this description.

Anything ugly would work.

The world owes Ugly Christmas Sweater Day to the actor and comedian Bill Cosby, who wore these sweaters on The Cosby Show in the 1980s. Vancouver, Canada, hosted the first Ugly Sweater Party in 2002. These clothing pieces became more popular at the beginning of the 21st century. They are known now as Jingle Bell Sweaters, as noted in Ugly Christmas Sweater Party Book: The Definitive Guide to Getting Your Ugly On.

“Ugly Christmas sweaters are part of an old tradition that started with handwoven holiday sweaters,” said Anabel García López, a Mexican fashion consultant. “Today, they are still at the latest in fashion, although the vast majority are already mass-produced for retail or informal sale. Today everyone wants their ugly sweater. This is a tradition that our country copies from the United States.”

Many people wonder why these sweaters became so popular.

Nostalgia might play a part in it, as Christmas sweaters serve as reminders of the childhood holidays and all that they entailed: the family united at the Christmas party, the joy of receiving gifts, and the fact of having a good time together.

Another reason to wear Christmas sweaters is to break the routine with a different dress code and share a silly gesture. Everyone wearing a Christmas sweater on December 18 can stop asking themselves, “what will people say?”

“This tradition has become the latest fashion trend in many countries in the Americas, Europe, and Asia,” said the fashion consultant. “Asians adopted the trend vehemently. Thousands of kilometers away, here in Mexico, every year, it gains strength because, as I said, the industry finds a way to profit with them. The tradition brings important revenues.”

Thanks to the new holiday, selling ugly sweaters is a profitable business again and they have become a fashion trend over the past twenty years. Ugly sweaters might have begun as an American tradition, but now they are a world trend, with people of all ages and cultures falling for them.

(Translated and edited by Gabriela Olmos. Edited by Melanie Slone and Alex Patrick.)