The Mass of Manmade Stuff Now Equals the Planet’s Biomass

Humans are doubling the mass of the human-made, ‘anthropogenic’ part of the world every 20 years and the curve is not flattening.
By Abigail Klein Leichman December 18, 2020
Facebook
Twitter
Linkedin
Email 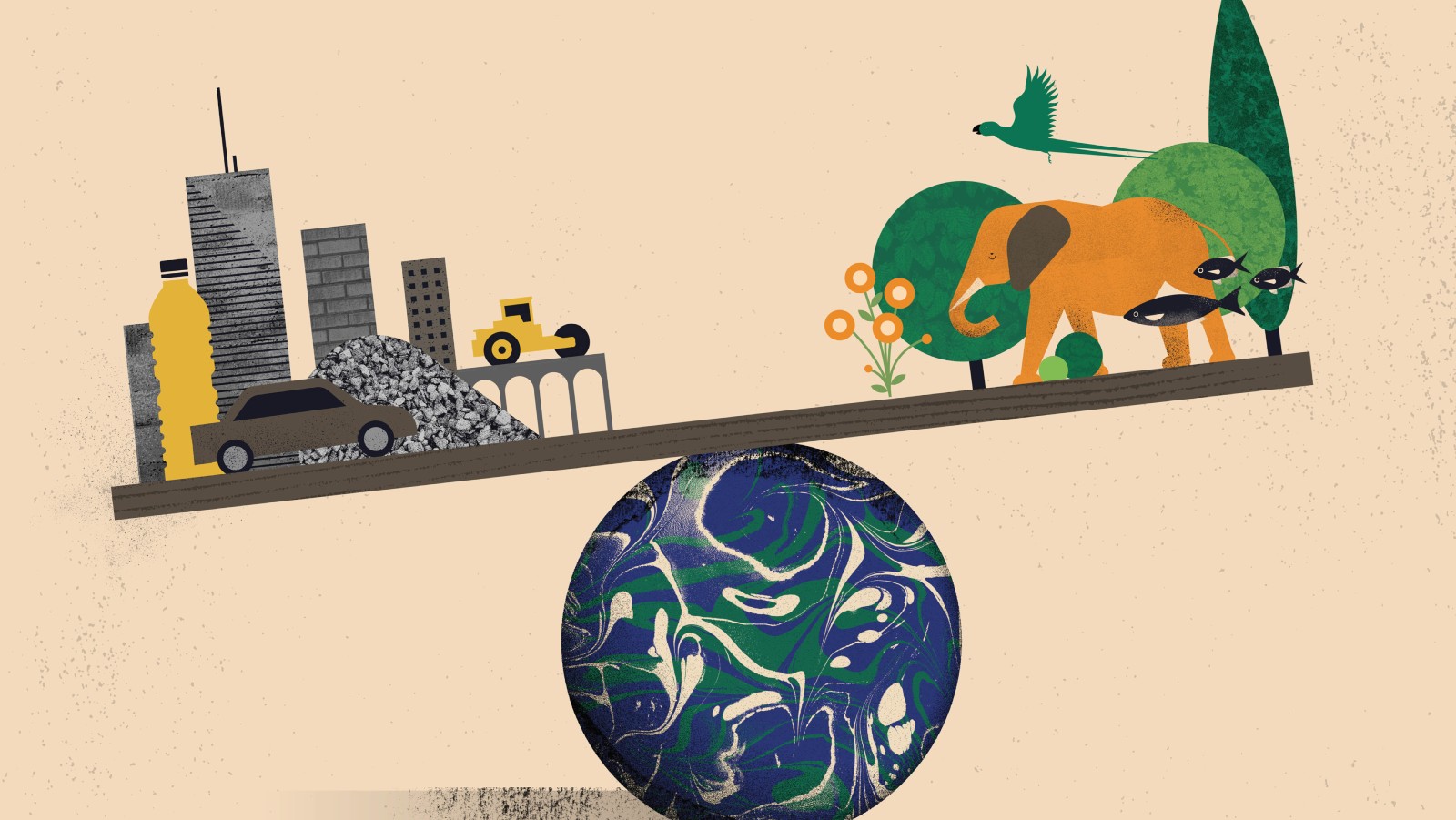 The “anthropomass” is fast outweighing the biomass on Earth. Image by Itai Raveh

The mass of human-produced materials, such as concrete, steel and asphalt, has grown to equal the biomass of all life on the planet, according to a study from the Weizmann Institute of Science in Israel.

Humans are adding new buildings, roads, vehicles and products at a rate that doubles every 20 years. This “concrete jungle” is predicted to weigh more than twice the total biomass of living things by 2040.

The study, published December 9 in Nature, was led by Emily Elhacham and Liad Ben Uri in the lab of Prof. Ron Milo of the plant and environmental sciences department.

They wrote that at the outset of the 20th century, human-produced “anthropogenic mass” equaled just around 3 percent of the total biomass. In just over a century, we’ve quadrupled our numbers produced things at a rate that far outpaced population growth.

Today, the amount of anthropogenic mass produced every week is more than the average weight of each person on the globe, says the researchers.

“The study provides a sort of ‘big picture’ snapshot of the planet in 2020 &mldr; and demonstrates just how far our global footprint has expanded beyond our ‘shoe size,’” said Milo.

“The message to both the policymakers and the public is that we cannot dismiss our role as a tiny one in comparison to the huge Earth. We hope that once we all have these somewhat shocking figures before our eyes, we can, as a species, take responsibility.”

Elhacham said that “by contrasting human-made mass and biomass over the last century, we bring into focus an additional dimension of the growing impact of human activity on our planet.”

Milo and Elhacham teamed with graphic designer Itai Raveh to create a website, Anthropomass.org, to illustrate the situation clearly.