Starving Seal Cubs Back at Sea In Argentina

Trio rescued off coast of Argentina, sent to rehabilitation center. 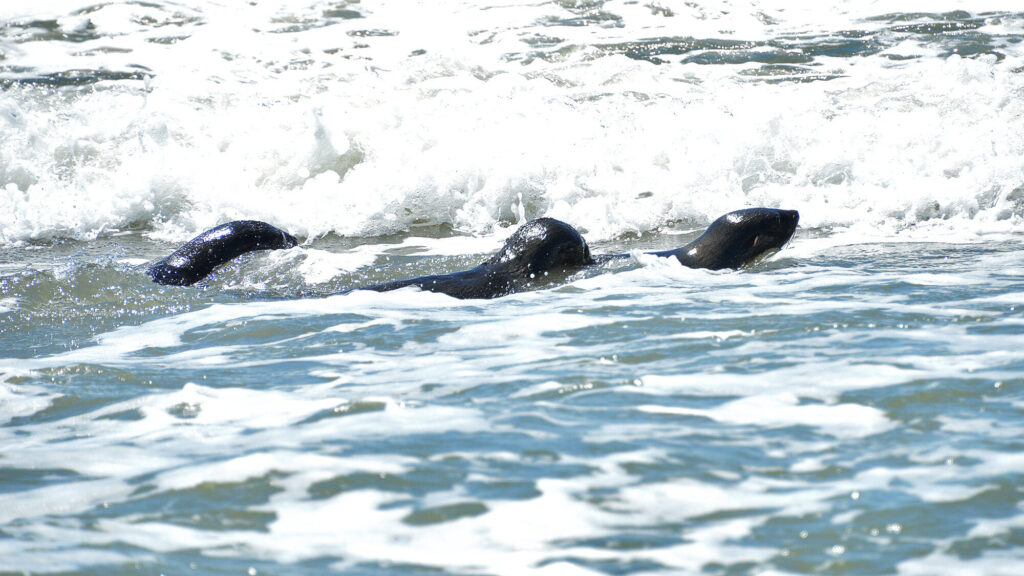 The seals were released to the sea after recovery process. (Mundo Marino/Newsflash)

SAN CLEMENTE DEL TUYU, Argentina — Three severely malnourished seal cubs have been fed a steady diet of liquefied fish at a marine life rehabilitation center and released back into the ocean.

The South American fur seals (Arctocephalus australis) were found in recent weeks at three different locations on the Argentine coast, and all were suffering from malnourishment.

After several weeks of care, they were released back into the sea, off the coast of San Clemente del Tuyu in the eastern Argentine province of Buenos Aires.

The first animal was rescued in late October off the coast of Berazategui in Buenos Aires province, and was taken in by an animal-rights group before being transferred to the Mundo Marino Foundation.

The second seal was found in early November near La Lucila del Mar, and the third in mid-November in the spa area of La Balandra.

All three ended up at the foundation, where they were treated and later released together.

“The first seal had lost a lot of weight and had breathing problems which needed treatment with antibiotics,” Loureiro said. “To bring its weight up, it was given a liquid formula with vitamins, minerals and liquefied fish.”

The other two seals were treated for dehydration and malnourishment.

“Such young animals travel further afield and spend a lot of time searching for food, as they do not have any partner to persuade them to stay in their group,” said foundation biologist Sergio Rodriguez Heredia.